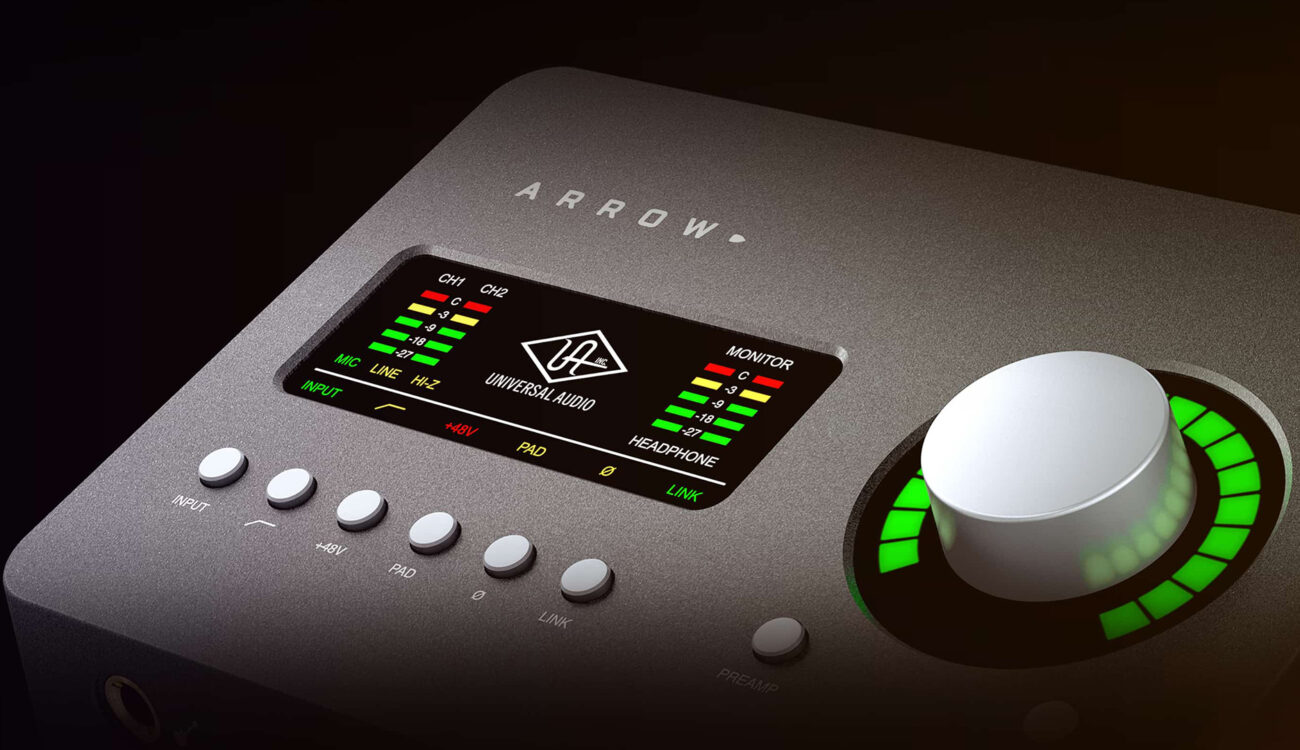 When you’re editing on the go, you may need to create quality voice recordings. The Universal Audio Arrow with bus power over a Thunderbolt 3 connection could be just the right tool for that job. Since everything electronic keeps getting more and more portable (and affordable) these days, we, the users, want to have it all. Shoot, edit, color grade, master and deliver entire movies while on the go. That might include some quality voiceovers, too. In comes the new Universal Audio Arrow recording interface with some neat tricks up its sleeve.

This little device doesn’t produce any major cable clutter since a single Thunderbolt 3 cable provides both signal and power – a feature that already proves the Arrow’s purpose: portability.

Since the Arrow is meant to be taken on the road with you, ruggedness is a must. As such, the the all-metal body of the interface lacks any presence of plastic.

Watch the video below for a short demo of the Arrow:

Of course, the video is more about music recordings. However, if music production on the go isn’t a problem with this little interface, quality voice recordings for video are child’s play.

All analogue inputs travel through a quality ADC (analogue-digital converter) where it gets the 24bit/192kHz treatment. According to Universal Audio, the converters in place originate from its flagship Apollo line of interfaces, which guarantees good quality. 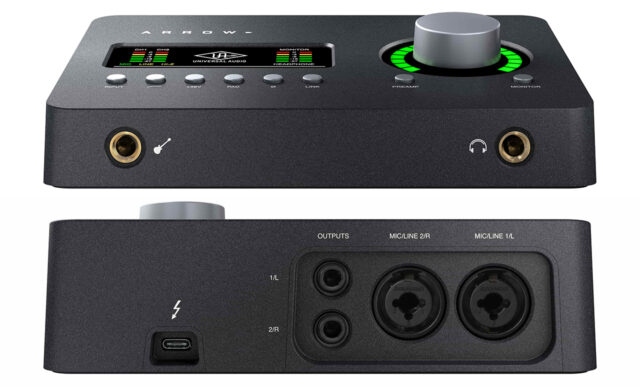 The upper part of the Arrow offers a well thought-out and minimalist interface. Dedicated buttons for 48V phantom power, input selection, high-pass filter and other functions offer a user-friendly operation, while the large rotary encoder acts as a control for monitor levels and preamps.

If you’re into music recording, the Universal Audio signature Unison preamps offer a whole world of plugins in order to color the incoming signal on the fly. The Arrow comes bundled with a few vintage plugins already, and others can be purchased separately. 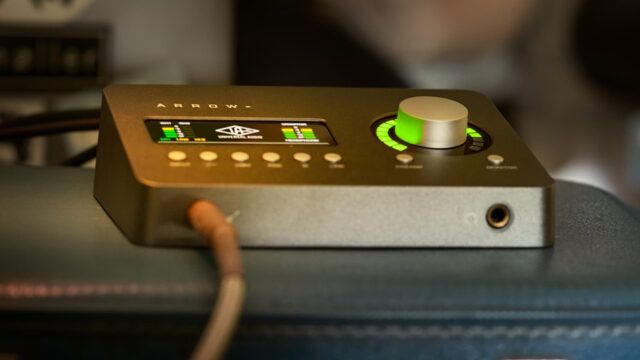 I think the unique selling point for the Universal Audio Arrow recording interface is the quality chain of ADC and Unison preamps. Together with the provided 48V Phantom Power feature, this could be a very decent on-the-go recording studio for YouTubers, editors and filmmakers alike.

The Arrow is available now and sells for $499. However, in order to actually work with it, you’ll need a Thunderbolt 3 (USB-c connector) cable, which is sold seperately. A quad-core i7 (or better) processor is recommended. The Universal Audio Arrow works with both Mac (mac OS 10.12 or newer) and Windows (Windows 10 with anniversary update 64bit edition).

Do you need to record high-quality voiceovers from time to time? What do you think of this little device? Share your thoughts in the comments below!