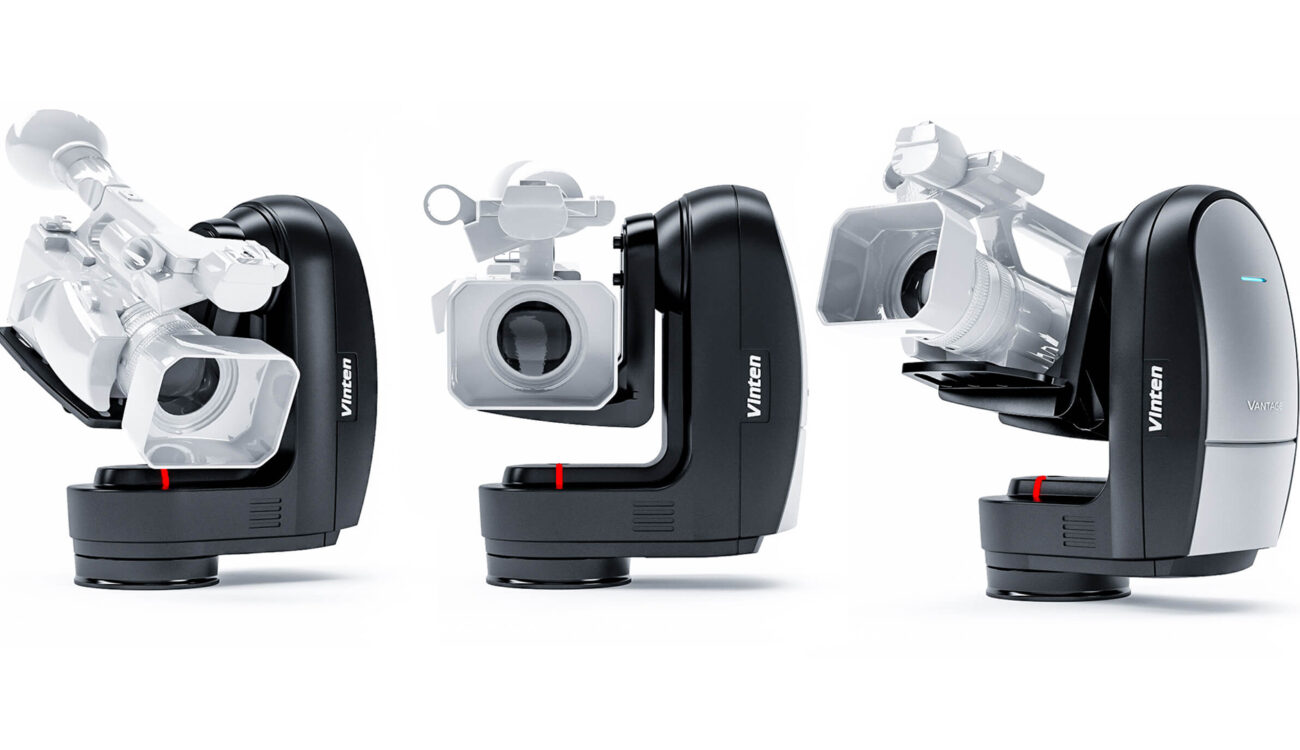 The Vinten Vantage remote head is the latest addition to the UK company’s lineup of camera support equipment. it’s a lightweight remote head which can be tightly integrated into your existing studio setup.

Vinten just has released this little teaser of their newest product, the Vinten Vantage. As you can see, there’s not much to be explored, so maybe some additional information might come handy:

UPDATE: Vinten has approached us with a heads up in terms of capabilities of this new robotic head. I appreciate this and glady spread the news:

The Vinten Vantage head offers distinct benefits over traditional PTZ cameras including:
Continuous variable speed control and full synchronization of any movement versus a traditional PTZ’s limited set of speeds.
Flexible mounting positioning for any convenient or restrained location while PTZ’s are dictated by the fixed focal length range of the internal, non–interchangeable lens.

Just to be clear here, with this head you are not limited to a fixed-lens build-in camera, that’s for sure. It’s quite the opposite: Modern cameras such as the Canon C100 or Sony FS7 are fully compatible with the system.

For all this you’ll not only need the head itself but also some way to control the system. For that, several workflows are being supported, for example serial connections, Ethernet, and LANC. Another way to integrate the Vantage head into your system would be the already existing control system called HDVRC. This is a Windows based touchscreen system wich enables you to fully control the Vinten Vantage head along other compatible gear. 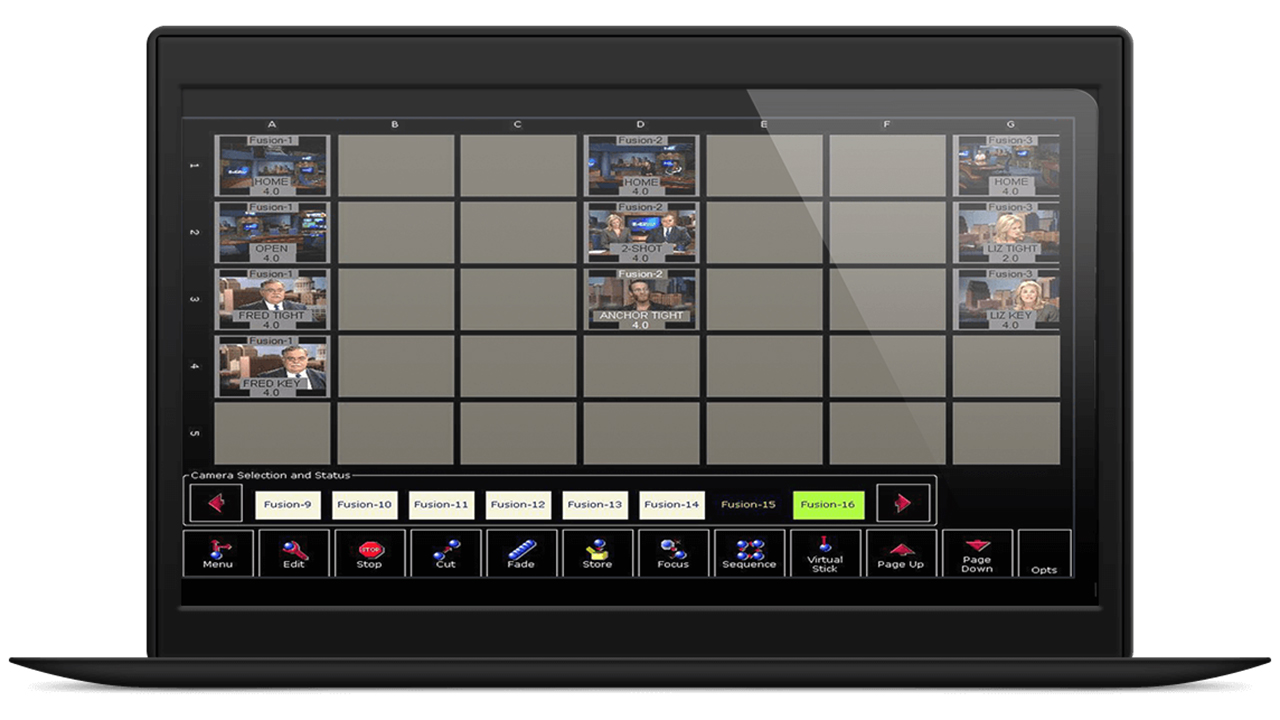 If you need more than just one camera within your setup, you can add additional Vantage heads to your workflow. The HDVRC system can be used as a universal hub for all your existing pedestals, heads and elevation units you might own already. Exact positions of every single axis of the Vantage head are being stored as a screenshot of the current position. From there you are able to transition smoothly from one position to another. Full manual (and smooth) live control is also possible, of course.

Not only pan and tilt can be controlled but also zoom if the attached lens features a zoom servo, of course. Since the Vantage head aims for smaller cameras, that might just be the case. A tally light is also provided, which emphasizes the fact that this head feels at home in a studio of some kind. Even a bubble level is integrated, so mounting the thing shouldn’t be any issue. It’s also small enough to discreetly fit into an existing studio environment. 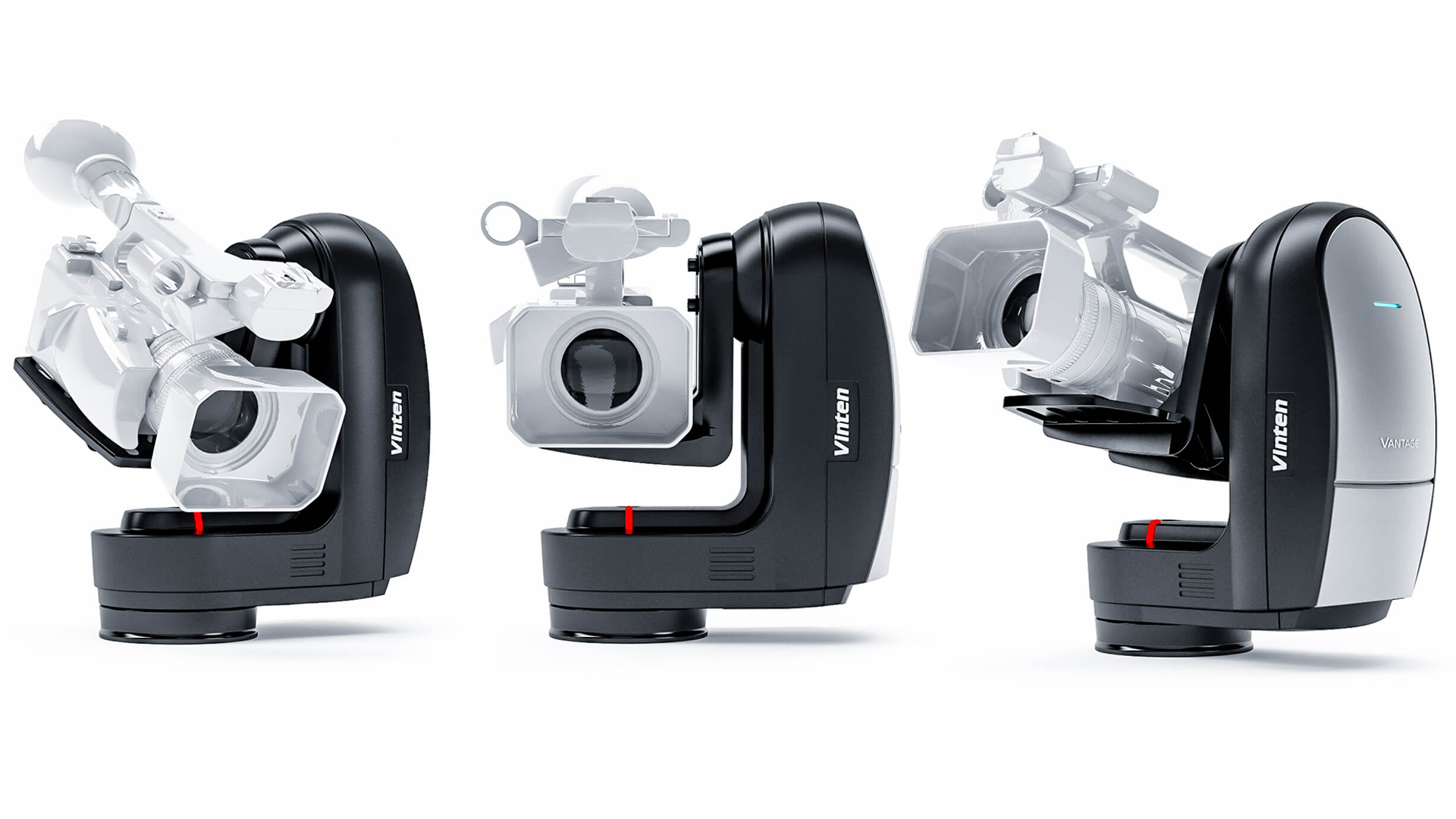 It might seem that the Vinten Vantage head is some kind of FX motion control device and it is one, indeed. But it is cleary aimed for studio work, not for FX creation. I don’t think that is precise enough for FX work such as shooting multiple layers of a scene for example. This task demands VERY accurate movement and depends on expensive hardware like servo motors with laser engraved glass disks for precise positioning. As the Vantage claims to be cost effective and lightweight I would be surprised if you could use it for such precise applications. I think the main purpose would be a semi-automated studio setup in which one operator can control multiple cameras from the comfort of his desk.

Unfortunately, there is no word on pricing, yet. In terms of availability the Vinten Vantage should be availbale by the end of 2016.