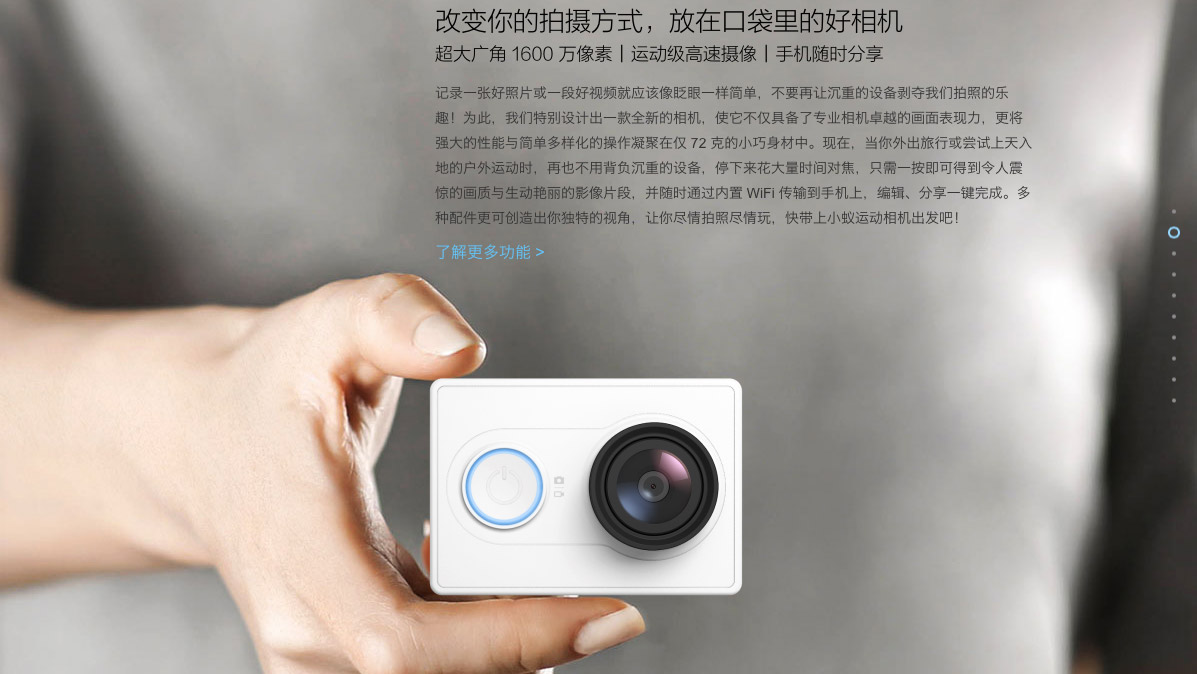 While we’ve all been keeping our eyes on Chinese cinema camera manufacturer Kinefinity, cellphone maker Xiaomi have created waves with a $64 action camera that will make the execs at GoPro cry. At the heart of the “Yi Action Camera” is Sony’s excellent Exmor R BSI CMOS image sensor powered by an Ambarella A7LS image processor. This is a 16 megapixel camera capable of 1080p60 recording to its built-in 64GB of memory, twice that of the entry level GoPro. At 72g it’s lighter than a GoPro yet has a slightly larger battery. It uses a Sony Exmor R CMOS sensor, which is truly unexpected from such an inexpensive device.

The Chinese contender does not come with all the mounts and accessories that make the GoPro so flexible and popular, but there are plans to have a “rich variety of accessories” for the camera available soon. With 40 meters underwater, the Xiamoi Yi is rated at identical waterproof depth as the GoPro. And also just like a  GoPro, it can be controlled via a dedicated smartphone app, which also allows users to edit and share footage shot with the camera.

It seems Xiaomi have no immediate plans to release the camera outside of China, but it just goes to show that there is no room for complacency. One day you’re in, the next day a Chinese company has something better at half the price.