Manufacturer Z Cam is showing off a new micro 4/3rds mounted camera called the Z Cam E2 at NAB 2018. The E2 is 4K 120 fps capable and records 10bit H.264 and H.265 MOV or MP4 to Cfast 2.0 cards or to an external drive through USB-C. It’s an interesting camera aimed primarily at YouTubers or those aimed primarily at live streaming. Details and an interview with the CEO of Z Cam, Kinson Loo, is below: 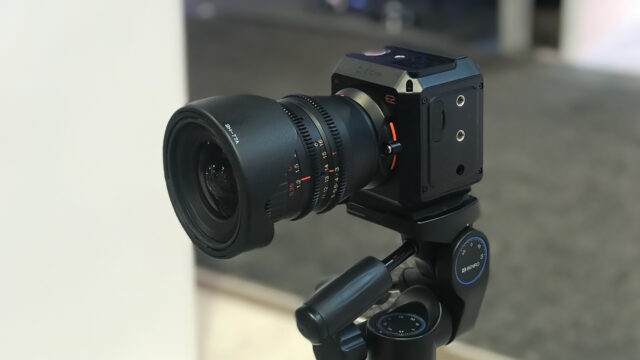 Having access to 4K 120fps at a max bitrate of 1,768Mbps in a camera aimed at the Youtube community and live streaming seems slightly overpowered, but better to have the slow motion option as opposed to not having it! The E2 is built around a 4/3″ Sony WDR CMOS micro four-thirds sensor and has the following resolution options:

Beyond the recording options, a few standout features include timelapse modes, HDMI and full camera control (including monitoring) through a phone application. The camera is powered by Sony NP-F series batteries or through a DC 12V 5A, LEMO power port. You also have access to a 10-pin lemo port for timecode sync as well as a 2.5mm LANC jack and separate 3.5mm mic and headphone jack. 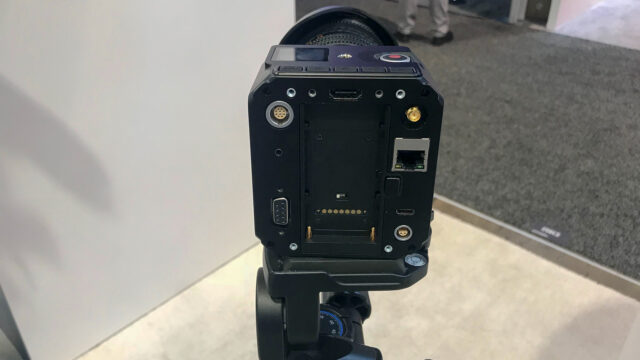 The aluminum alloy body feels sturdy to the touch and there are multiple 1/4 20 mounting points around the exterior frame. Oddly the CFast card slot is on the underside of the body, so you would need to remove the tripod plate to change cards if you were mounting the camera in an upright configuration. Obviously this wouldn’t be a factor if you were streaming using the Z CAM iOS or PC software through the ethernet port or recording from the USB-C port to a drive, but under the tripod plate isn’t the best spot for a card slot.

ISO is changed manually or automatically and tops out at 6400. The CEO mentioned off camera that the ideal ISO is 100, so my assumption is that this may not be a go-to camera for low light applications.

The small body and price point is appealing and the abundance of ports are useful, but we’ll have to wait and see how the footage looks once the product begins shipping “within two months”. Stay tuned!