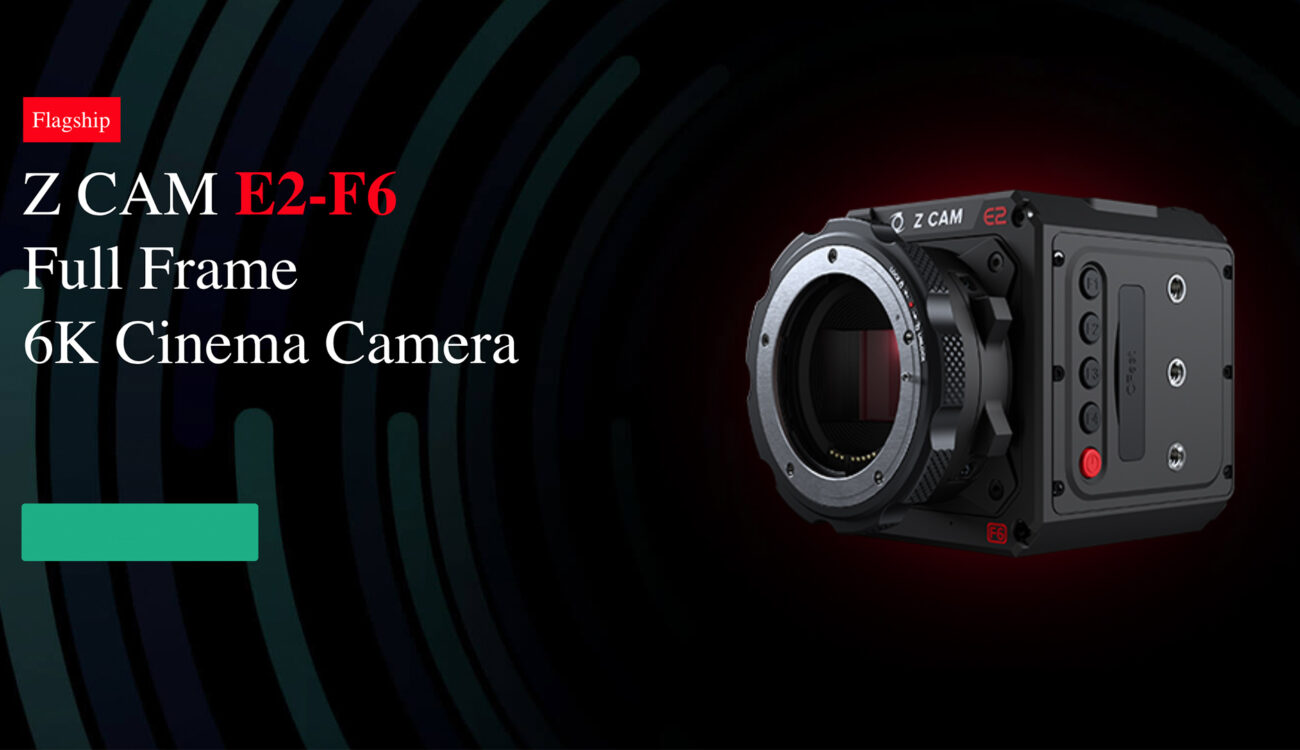 The Z CAM E2-F6 with 6K/60fps and the F8 with 8K/30fps were unveiled by the Chinese manufacturer based in Shenzen during last NAB. Pre-order is available now and shipment scheduled for October 2019 already. Also in pre-order now and detailed in this article: the new Z CAM E2-S6 with 6K/75fps! From what we know so far, they are very aggressive contestants in the megapixel war, including impressive claims of dynamic range, RAW and other aspects alike. 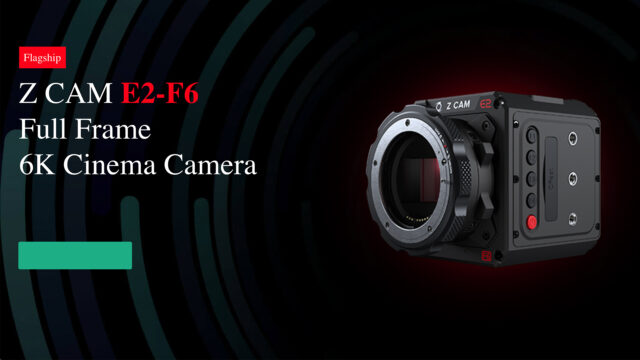 The full-frame CMOS sensor camera priced at just under $5,000 comes in two hardware variants, one for each of the widely used EF and PL lens mounts. It is thereby advancing from and getting rid of the MFT sensor of its predecessor the E2 4K camera and also moving away from the WDR sensor with a dynamic range choice option.

The F6 is claimed to reach 15 stops of dynamic range and controllable via Gigabit Ethernet connection as well as capable of live streaming through the same cable connection. The sensor supports dual-native ISO with 400 ISO and 2500 ISO bases.

Until the moment this article was written, the table presented on the company homepage states that ZRAW is supported, but leaves the column empty. Further information on bit depth (likely also 10-bit) or color subsampling, Mbps and more are currently vague. 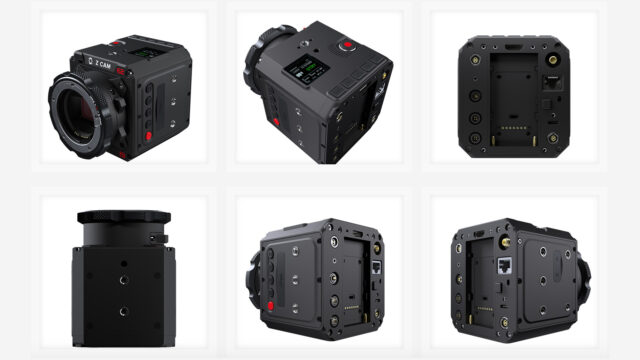 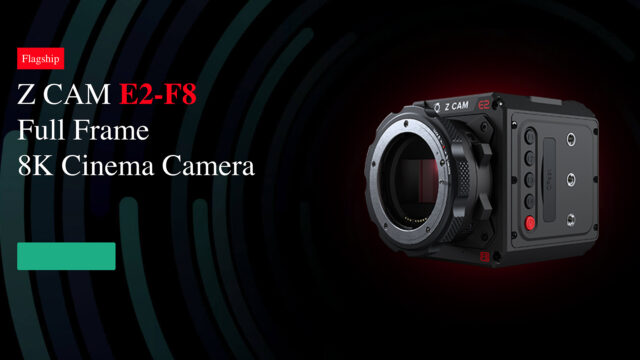 The most noteworthy differences are the resolution and maximum frame rate choices of the F8: 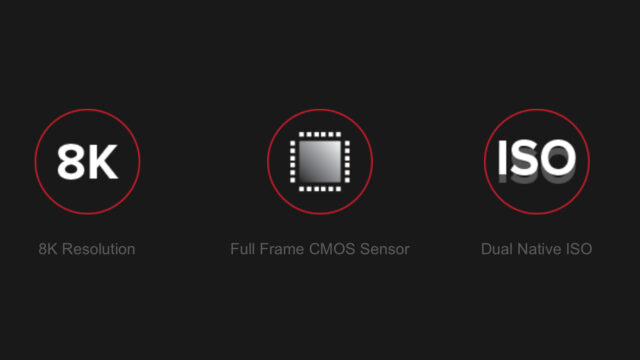 Why the list is so short and why 4K DCI or other essential options seem to be missing (or are at least missing in this enumeration) are currently unavailable or unclear. The same is true for specific details about crop factor, questions on line-binning and more. The reason why this sensor only does up to 30fps at every presented frame rate (even QFHD) and why the table depicts an HDMI 2.0 Type-A output with 4K at 60fps, 10-bit and 4:2:2 at the same time is also unresolved. At the same time, 60fps is not available as an internal recording option! We’ve already reached out to Z Cam to clarify this matter.

A piece of extremely noteworthy information is that both the F6 and F8 cameras are not displayed as “Apple ProRes certified” as their predecessor the E2 4K. The lacking currently certification is undoubtedly also is the reason why both cameras lack the ProRes 4:2:2 (HQ, Standard 422, LT and Proxy) recording options. These were much-endorsed pro-user features of the E2 4K. We’ve reached out to Z CAM and the company informed us that they would get “ProRes 4:2:2 licensed for 6K and below” for internal recording in the future. They are also working on 6K RAW @ 30fps as well. A timeframe for the availability hasn’t been disclosed so far to the best of our knowledge.

Both cameras record onto CFast 2.0 cards in exFAT file format only and feature the same set of connectivity options ranging from HDMI 2.0 Type-A (video output up to 4 @ 60 fps with 10-bit and finally 4:2:2 available here) via USB 3.0 Type C (data transfer, camera control), 2x COM-Ports, 2.5mm SONY LANC compatible remote control, a 3.5mm stereo audio in and out. Also, a very nice feature for pro-users is their 5-pin LEMO port for dual-channel XLR microphone, since the cameras record 24-bit 48kHz audio. WiFi 802.11n (ext antenna) this time with 5GHz capability (an improvement from the 2.4GHz of the E2 4K) is also available in both cameras.

While the Z Cam E2-F6 has the same body dimensions as the 4K, the F8 has 10cm more depth and is this slightly larger. Aside from regular video recording both new cameras also feature time-lapse video and sport Rec.709, FLAT, HLG and Z-Log2 gamma curves to choose from as well as the focus modes autofocus, manual focus, and continuous autofocus, just like E2 4K.

The Z CAM E2-S6 that was already listed on the company website earlier is now also available for pre-order. It sells for $2.995, and the main differences to the F6 model are its smaller Super 35mm CMOS sensor measuring 23.4 x 15.67 mm with 14 stops of latitude (1 stop less) but the same effective pixel count. Aside from this, the only significant difference lies in the maximum frame rates, available at specific recording resolutions. I have compiled the following list to show the slightly higher frame rate choices, available with the E2-S6 over the E2-F6. 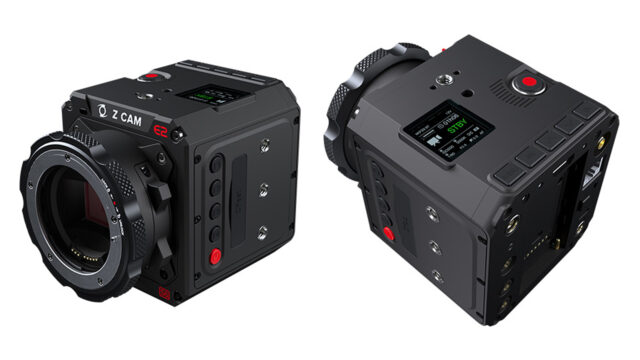 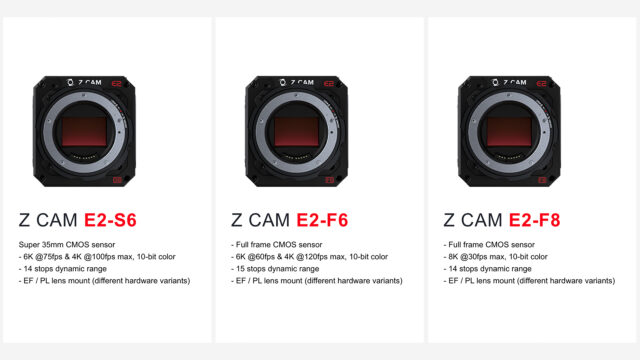 What do you think about the new Z CAMs? Are you planning on purchasing any of this last releases? Let us know in the comments below the article!