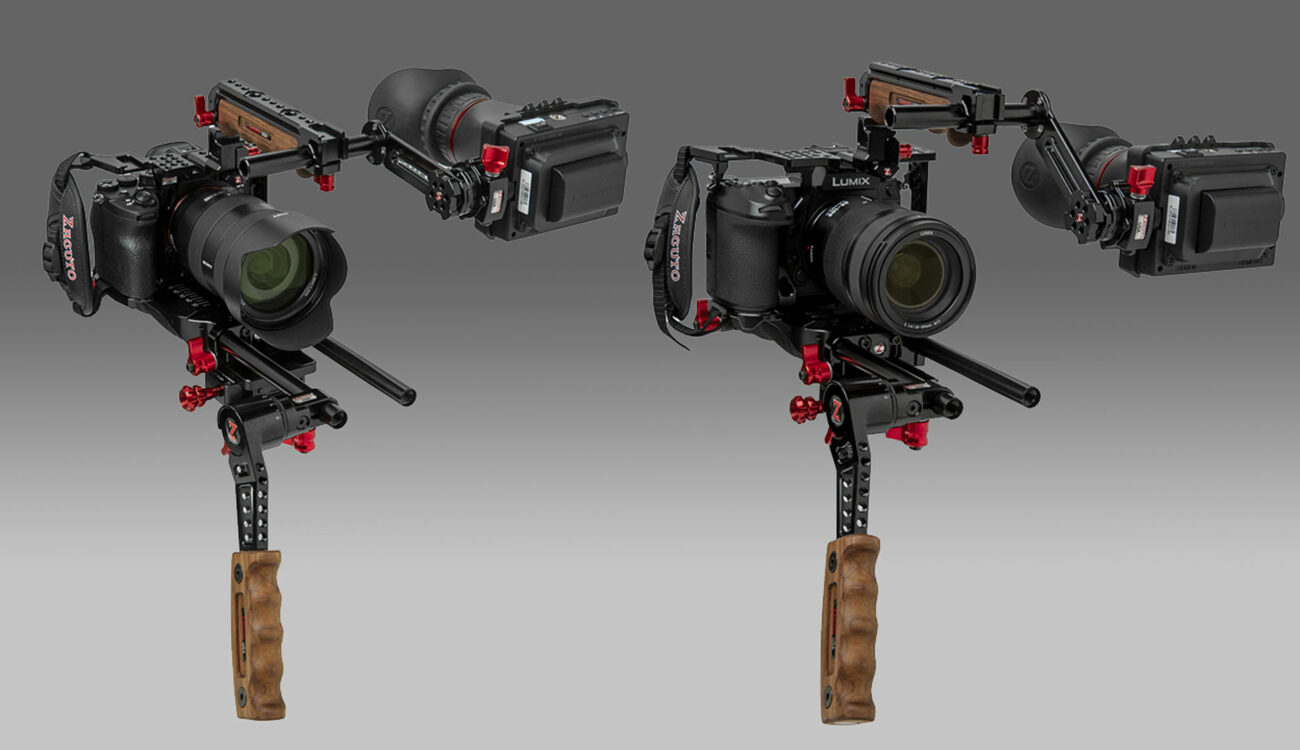 Zacuto ACT Recoil is a new line of rigs for DSLR and DSLM (mirrorless) cameras. They consist of an Arca-Swiss compatible camera baseplate, Tactical Handle, Right Trigger Grip with flip-up quick-adjust joint, Axis Micro EVF mount, and ACT EVF Pro with a flip-up loupe. The rigs come either with a camera-specific cage, universal cage or without a cage. 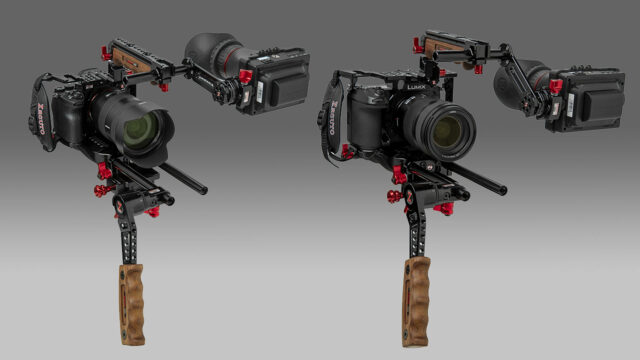 The US-based camera accessories manufacturer Zacuto has been offering their Recoil Rigs for cinema cameras (like the FS7, EVA1, C200, and similar) for a while now. With the launch of the new ACT Recoil, Zacuto is aiming mostly at filmmakers working with DSLR and DSLM (mirrorless) cameras. Let’s take a short look at the features and specs of the Zacuto ACT Recoil rigs.

The new ACT Recoil is not only one new rig. It is a new rigging system, that comes in ten different sets. The rigs are primarily designed for DSLR and DSLM cameras. ACT Recoil Rigs position the camera directly over the shoulder with the ability to slide it forward or back to find the best balance point. The handgrip and EVF are moved further forward for comfortable work. 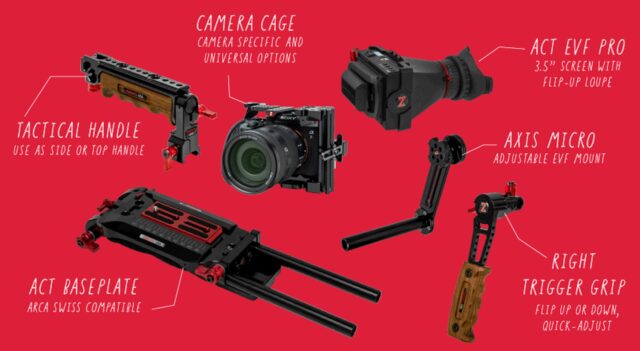 Zacuto offers ready-to-shoot options with camera-specific cages (Sony a7R IV, Panasonic S1H, Z CAM E2 Series, Blackmagic Pocket 4k/6k, FUJIFILM X-T3, Nikon Z6/Z7) or with a universal camera cage. There is an option for all camera sizes – from tiny cameras like the SIGMA fp up to large DSLRs like the Canon 1DX series.

There is also a cageless option of the ACT Recoil Rig. Instead of a camera cage, it offers the Axis Curve – a rod-mounting EVF Mount that attaches directly to the ACT Baseplate. 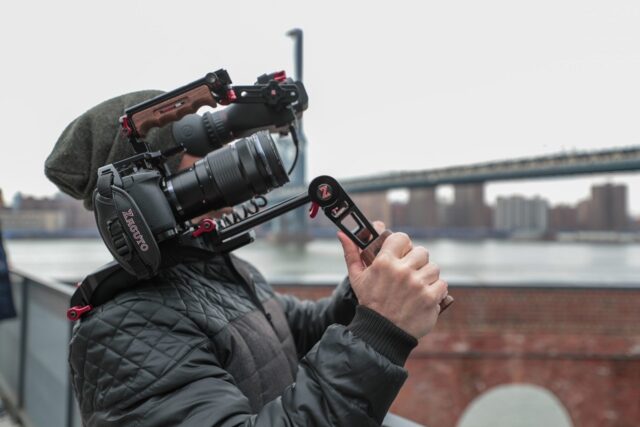 Extra accessories like a second grip, quick-release plates, and the run’n’gun Marauder Mini are available to round out the rigs.

In total, there are ten different Zacuto ACT Recoil Rigs. They are all available for pre-order now, shipping is planned to start at the end of March. Price is from $850 for the basic rig without camera cage till $1,450 for the ACT Recoil Rig with camera cage.

Do you rig your DSLR or DSLM camera for video work? What do you think about the Zacuto ACT Recoil Rigs? Let us know in the comments underneath the article.