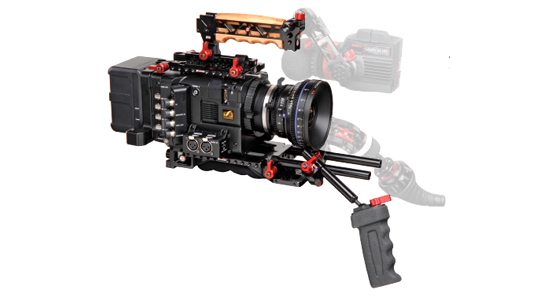 Zacuto has been working hard with a new line of products this year, a line we’ve seen snippets of throughout expo shows as earlier as NAB in April. All starting with their single universal baseplate, the next generation of recoil rigs caters for every camera from a Sony A7S to an Arri Amira.

The DSLR revolution brought us many things and to avoid going out on a tangent I’ll only touch on one – choice. The abundant choice of lenses, the plethora of choice with shoulder rigs, choice of monitoring, focus, cases, grip. There was no longer a single formula for a cameraman’s kit. Making cameras that were much less setup for video as well as far cheaper meant people needed, and had money to spend on accessories. Zacuto excelled at being one of the go-to companies for camera ergonomics. But has almost been a victim of its own success at times with the sheer amount of choice available.

With cameras becoming almost a disposable component in terms of price and shelf life, it was hard to justify paying 3 times more for a sparkly shoulder rig.

Zacuto has looked to change that, developing their new recoil rigs from single universal items; it all starts with their baseplate.

The baseplate is the heart to all the Recoil line, with a low profile and over 7″ of forward and aft adjustment, Zacuto state its compatible with every baseplate-able (flat based) camera on the market (sorry Barbie cam). The immediate positioning of dual 15mm rods at the front also ensures that the centre of gravity is kept on the shoulders of the operator, whilst retaining full compatibility with zoom, focus and matte box setups. All Recoil rigs then build from this. All use the same top handle, with a slightly different method of mounting according to your setup; for mirrorless and DSLR cameras there’s the half cage, and more specific lines (EOS C, Sony F etc..) most stem from a nato rail. We’ve touched on pretty much each of these items individually as they’ve surfaced this year, the newest example perhaps being the C100, which is a spine stretching over the existing handle to ensure a full bond with the camera body.

Every Recoil rig uses the same handgrips that can be switched out for camera and/or focus control. the Zacuto hand grip allows full control of a huge range of cameras native menu control, as well as offering a separate one for DSLRs and a grip relocator for Canon C cameras with existing side handle.

The Recoil grip for focus is a combination of the Tornado grip and Z-Drive to provide full control of focus without deterring the function of a handgrip for camera stability. Last is the option to add optics to your setup. Based on the Axis mount, you could add a Zacuto EVF, native camera monitor with loupe or the new Gratical EVF to ensure perfect eye positioning.

Every part of the Recoil system is quick to add/detract, easy to adjust and is stable. Alleviating where ever possible the need for mounting via screw and thread, replacing with 15mm rods & twist levers. There’s no beating around the bush here, a fully rigged recoil rig is an investment, but the consolidation & streamlining of products means only a small amount of components are required to ensure the same rig is used between different cameras setups.

This is great news for the modern day filmmaker that replaces camera setups faster than any other component, and also hire companies as it becomes a tangible package to hire out without the risk of the investment being too niche.