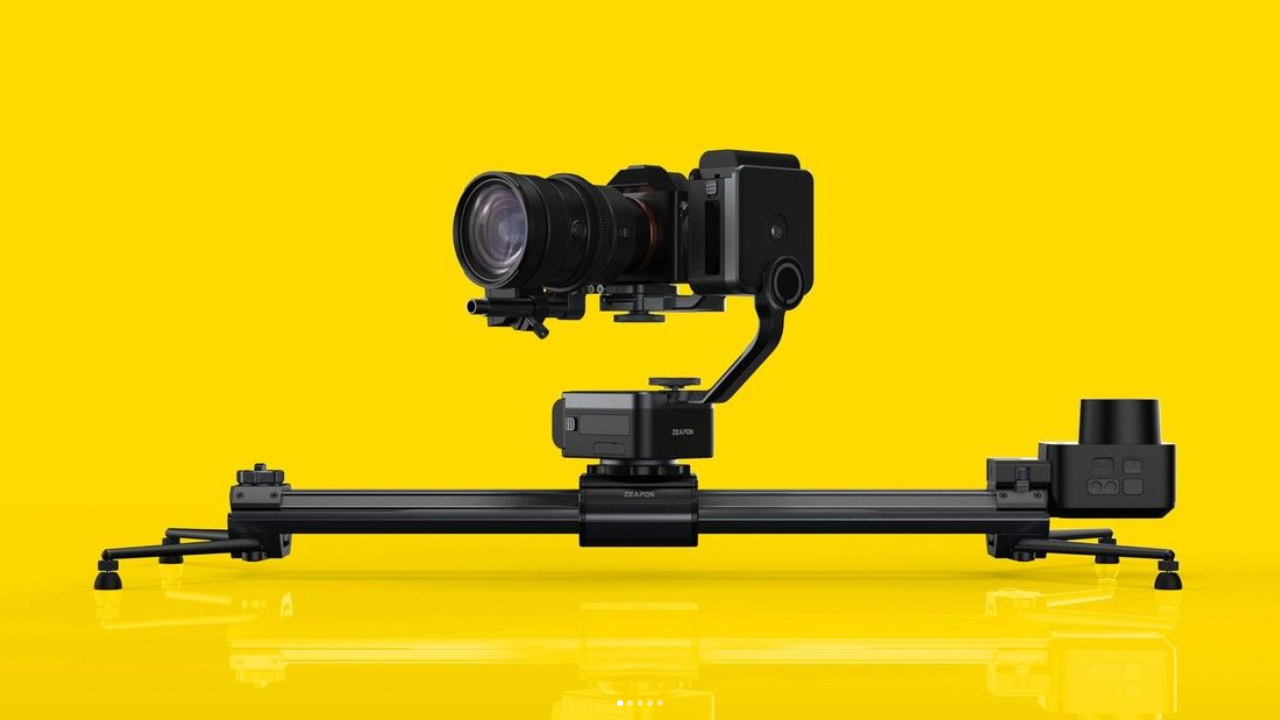 ZEAPON has recently released the 3rd generation of their Micro Series sliders, the ZEAPON Micro3. Coming in six different models, it features a renewed double distance design with several mechanical improvements. It withstands a maximum payload of 12kg, offers up to 107cm/3.5ft of travel distance, and can be used in both manual or motorized configurations.

ZEAPON is a Chinese company that mainly focuses on manufacturing camera accessories. We recently reported about their Vlogtopus system, an ingenious all-in-one stand aimed at vloggers and content creators.

However, the company is more famous for its Micro “double distance” slider series. The second edition of this product was launched almost three years ago. Recently, the brand came up with the third generation of this slider, called ZEAPON Micro3. So let’s take a closer look at what’s new.

Despite the different lengths, all models in the series can withstand a maximum payload of 12kg/26.4lbs during horizontal operation and 4.5kg/10lbs for vertical shooting (4kg/8.8lbs on the 1000 models). This means they outperform the previous generation, thus providing support for larger camera builds. However, the trade off for the heavier payload is the net weight of the slider, which now ranges between 2,25kg/5lbs and 3,4kg/7.5lbs.

According to the company, this improvement is possible thanks to a new 45° angled track design. This is inspired by that of Hellaflush car modification and allows for a better dispersion of the weight.

Just like its predecessor, the ZEAPON Micro3 Series sliders can be used in both manual or motorized configurations. Indeed, the sliders come with a motor module that can be rapidly attached or removed using quick release screws. The motor features physical on-board controls for smartphone-free operation.

Although the unit features a built-in battery, I couldn’t find any official information about running times. The good news is that the motor can also draw power from an external power bank or adapter (5V/2A).

According to ZEAPON, the sliders feature a new Vacuum Adjustable Damping system that should ensure smooth camera movements, even in cold environments. Moreover, damping levels are adjustable in 5 different steps: the higher the number, the higher the resistance.

Stability has also been improved. Indeed, the Micro3 sliders now feature a 3-point support system, with the addition of 1/4” and 3/8” threaded holes on each end of the unit. These are also compatible with the included tripod rods that provide extra support when mounting the slider on sticks. The new mounting points can also come in handy to mount the accessory upside down or even on car rigs.

The Micro3 Series looks solidly built, with stainless steel rails and wheels that should resist wear and tear, dust, and moisture. Other mechanical improvements include a 3x larger camera mounting base with 1/4” and 3/8” nesting screws, a replaceable elasticated belt, and a large-diameter mechanical belt knob.

What do you think of the new ZEAPON Micro3 Series sliders? Do you think they can keep up with similar products from the competition? Let us know your thoughts in the comment section below!