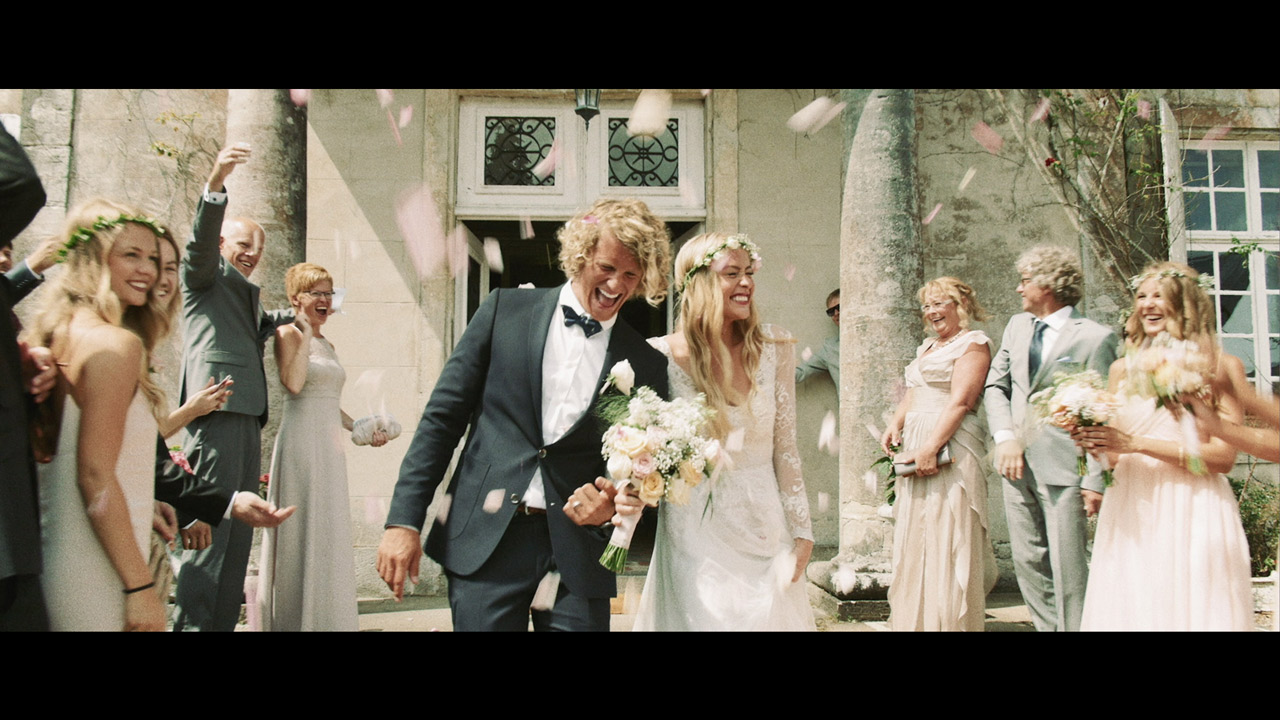 This is a guest post by Matti Haapoja on his work submitted to the Videolog.
In this article Matti shares behind the scenes insights and tips on how to make a cinematic wedding video and his experience working with the Panasonic GH4. In 2009 Matti Haapoja and his brother made their hobby a profession when they started shooting cinematic wedding video and founded Heart Visuals. The internet was and is their film school, with guidance from a few people along the way.
Matti is a freelance videographer based in Toronto, Canada and is mostly shooting commercials, church videos and weddings.

My friend Samuel contacted me to shoot his wedding video in France which was going to be a week of hanging out at a chateau in Normandy with people from all over the world.  I couldn’t pass it up so my wife and I headed to France.

For this cinematic wedding video I wanted to showcase a bit of the chateau and how cool it was but I often think wedding videographers (and sometimes even couples getting married) forget that the film isn’t about the venue, dress, decor etc., but about the people.
Samuel and Hildegunn are a super fun and laid back couple so I wanted to highlight how fun they are and how they are surrounded by all these amazing people they love.

I had just switched over from my Canon 5D mark III to the Panasonic GH4 so this was my first real project on the GH4. Here’s what my gear bag consisted of:

I had my Canon 5D III plus Zeiss 50mm 1.4 as a backup just in case something went wrong with the GH4.

1. Don’t shoot too much footage
I shot this wedding film just by myself which is challenging but also cuts down a lot of the work time for me in post. When I first started shooting weddings I shot way too much footage. Because we specialise in these 3-5 minute wedding “trailer” videos at Heart Visuals I really didn’t need a ton of footage.

2. Will you use this shot in the video?
But what you do need are the right shots. After some practice now I shoot with much more intention, I’m constantly trying to edit in my head and ask myself the question “would I use this shot or angle in the video?” and if it’s a no then I don’t waste my time shooting it and save time looking through bad clips in post.

3. Be light and fast
My strategy for weddings is usually to be light with gear and make it as easy as possible to switch lenses and stabilisation gear.
I never shoot with a tripod at weddings but the monopod is perfect for getting a static shot and being able to quickly move from shot to shot, angle to angle. I keep the same base plate on the glidecam so I can easily switch back and forth when I need to.
The majority of the film is shot on the Sigma 18-35mm with a handful of shots on the 85mm.

4. Keep it natural
For weddings I try to shoot a cinematic documentary style film avoiding shots that look overly forced or staged. I try to keep it natural and get those candid shots. A cinematic camera like the Panasonic GH4 with a cinematic picture profile and lenses that give me a shallow depth of field will help to get lots of natural, great looking shots. More on that later.

5. Take care of the “must have” shots
There are certain shots that are must have’s for example the kiss. With these shots I try to do a safe angle that I know I’ll get because its just me shooting and there’s no redo’s on moments like those.

Other cinematic wedding video articles talk about attending rehearsals and practicing the shots. I never do rehearsals. I get to the spaces and check out what it’s like, where the light is coming from and then I just go with the flow.

Usually while getting shots of the bride or groom getting ready I will ask what the flow of the ceremony is, cause yea that’s really the only hard parts. Really I just need to know when the kiss comes because I don’t want to be caught off guard.

6. Get creative & beautiful shots
Other than those “must have’s” I’m always trying to experiment with new angles and camera moves to make the film as beautiful as I can. I do this in the “free time” between the must have shots.

7. Getting emotions
I think the biggest secret though is to get the emotions of the people into the film. Weddings are such an emotional time that if you don’t capture the smiles, tears and laughs of both the couple and the guests then I think you’re missing the essence of the day.
People often get camera shy and won’t show their emotions so it’s really important they don’t see you filming them. A little trick I use sometimes is to have the settings and focus set, but point the camera in another direction and then, when I know they are about to react to the speech or situation I quickly get the shot.
That way I get real reactions and not the toned down “there’s a camera in my face” reaction.

8. Practice
Of course all of this takes practice and the more you shoot weddings the more you know exactly where you should be and which shots will be your best shots that you don’t want to miss out on.

9. Pretend you’re a Ninja
For me the most challenging part of the day is the ceremony. Usually you can’t really influence or change the lighting (full sun light in this case) and the challenge is to get all the shots you need without being a huge distraction to the actual ceremony.  Sometimes I see wedding videographers with a huge rig, big matte box and all standing right beside the couple while the ceremony is going on and I think that’s just a bit disrespectful and not smart.
Pretend you’re a Ninja or something if that helps.

10. Gear that works in any light condition
Weddings can be very challenging shooting environments, not only in terms of the event itself, but also in terms of lighting. So it’s a good idea to be prepared and have a camera and lenses that work well in low light conditions. I thought the GH4 was going to be really tough in the evening with low light but actually I think it was just fine. Using the Speedbooster certainly helped to get better lowlight performance and less depth of field. Other cameras like the 5D or Sony A7s also work in your favour in that regard.
Good gear helps, but in the end it’s about your approach: When you’re shooting documentary style there’s always light, you just have to find it!

Do you need a long version?

Our videos are pretty short, sometimes wedding videos go into lots of detail and are much longer. We have done a few of those in the past, but honestly I dont think the couple really needs it unless they are super keen on showing the wedding to some close family in another country who cant make it or something.

I think you should be able to tell the story of the day in a 3-5 minute video pretty easily. I don’t like doing the typical wedding video with the speeches in the background and all that.

So usually we advise the couple to just go with the highlight film. Most couples don’t request it and if they do I try to challenge if they really want it.

Working with the Panasonic GH4 I was actually amazed at how easy it was to get used to the GH4. I loved the flip out LCD screen, battery life and just how light and small it is. It was perfect for my candid style of shooting. I think the only thing I really miss about the 5D is getting shallow depth of field a bit easier but more so the colour science.

I think that’s where Canon really shines and it becomes really apparent in skin tones. But I would definitely recommend the GH4 as a whole and especially for weddings.

As a picture profile I tried to use James Miller’s settings which I found here. I’ve been trying just “cinelike D” variations.
I shot the whole film in 4k.

Other wedding videographers deal with audio a lot. For my cinematic approach I like to work with visuals and music. So I don’t do audio other than a Rode Videomic Pro just in case there’s something that would really work with the audio. But I rarely use the audio.

For backup I just had a computer along and put the data on the computer and a hard drive.

I edited the film in Premiere Pro.
For the colour grade I brought it into After Effects starting out with a Vision Color Impulz LUT and then I dialled it down to my liking. My brother and I always find it a bit funny that at the end of the day the wedding videographers and photographers pretty much spend the most time with the couple out of anyone on their wedding day.
So it’s absolutely important that the couple feels comfortable and relaxed with you.

If you’re causing the couple any unnecessary stress then you’re failing and that will show in the video and photos.

So be cool and talk to your couple especially in the morning to get them relaxed in front of a bunch of cameras but don’t be too big of a distraction especially later on in the day. This way the couple won’t focus on the cameras and that means you’ll get the best documentary style film. Good luck and enjoy shooting! 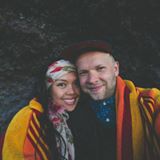