The market for small action cams has become highly competitive these days, with a lot of Chinese manufacturers competing with a very low price against the leader – GoPro. And here’s another new contender from China – Apeman TRAWO. 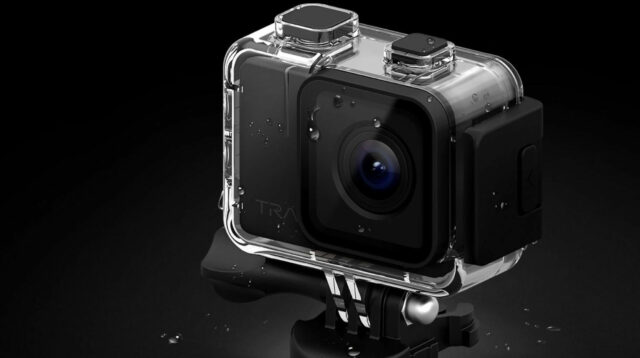 When I looked at the specs of the new Apeman TRAWO cam, it caught my attention as it lists an f1.8 lens and a Panasonic image sensor. Which is quite different to most other action cams which typically use an f2.8 lens and a Sony image sensor. 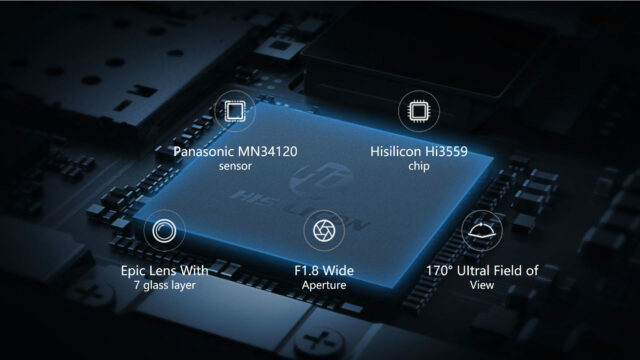 Note: on the Apeman website the cam claims to have a 2.7k60 and a 1080p120 mode, which is not available on the model I tested (A100 with the V2.1.0.1-A firmware) – I asked Apeman via email and they confirmed my finding – apologizing for this error. I do not know if those modes will be included in the future.

Hence, I took it for a spin on a sunny afternoon in Vienna. Here are my findings: 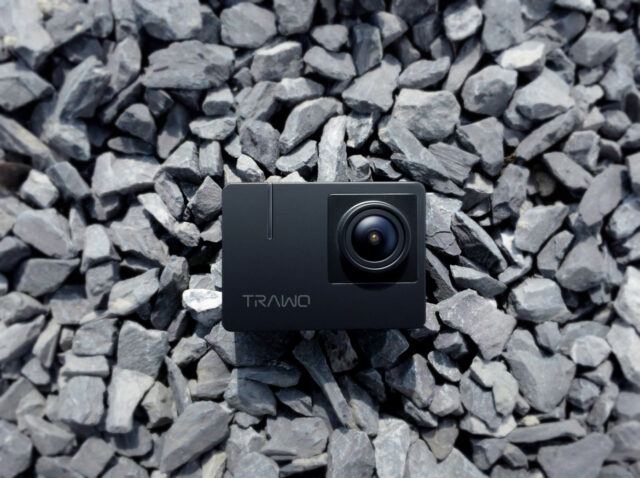 Of course this is an unfair comparison, as the GoPro Hero 6 costs 430€ (~515USD), which is four times as expensive as the TRAWO. However, I wanted to see how close the TRAWO gets to the leader of the pack feature and image wise: 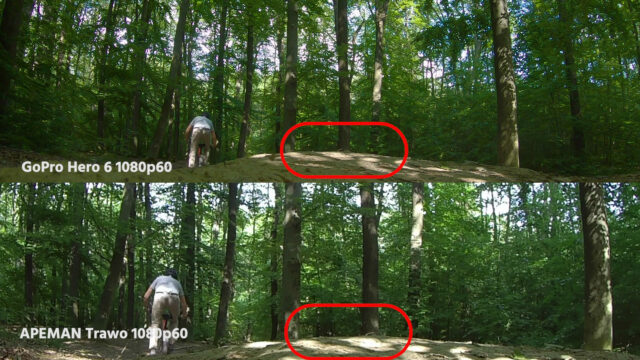 Aliasing in the 1080p60 modes between GoPro Hero 6 and APEMAN Trawo compared.

Regarding resolution and dynamic range, the below image shows a much better highlight handling of the GoPro, and the image detail as well as resolution in the 1080p60 mode is also way better.

Last but not least, for me an action cam should also provide a detailed high framerate mode. The maximum offered by the TRAWO is a 720p 120 frames per second mode. The next higher resolution offered is a 1080p60 mode. Here the GoPro shines with its 2.7k120 and 1080p240 modes.

Conclusion – not a GoPro, but very Attractive Pricing

All in all, the TRAWO offers quite good value for the money, also considering all the accessories which are included. I am still amazed how far technology has progressed – getting a 4k cam for about 100€ is mind blowing. Their Indiegogo campaign only just started, but it is refreshing to see an existing product already – the one we tested was definitely a finished product and not unfinished crowd funding hype (as happens so often)

At the end of the day however, what counts for me in the action cam market is the image quality and the offered framerates. And here the clear winner is the GoPro Hero 6 Black.

What do you think about the Apeman TRAWO? Have you been looking for a budget action cam lately, and is this camera for you? Let us know in the comments below.