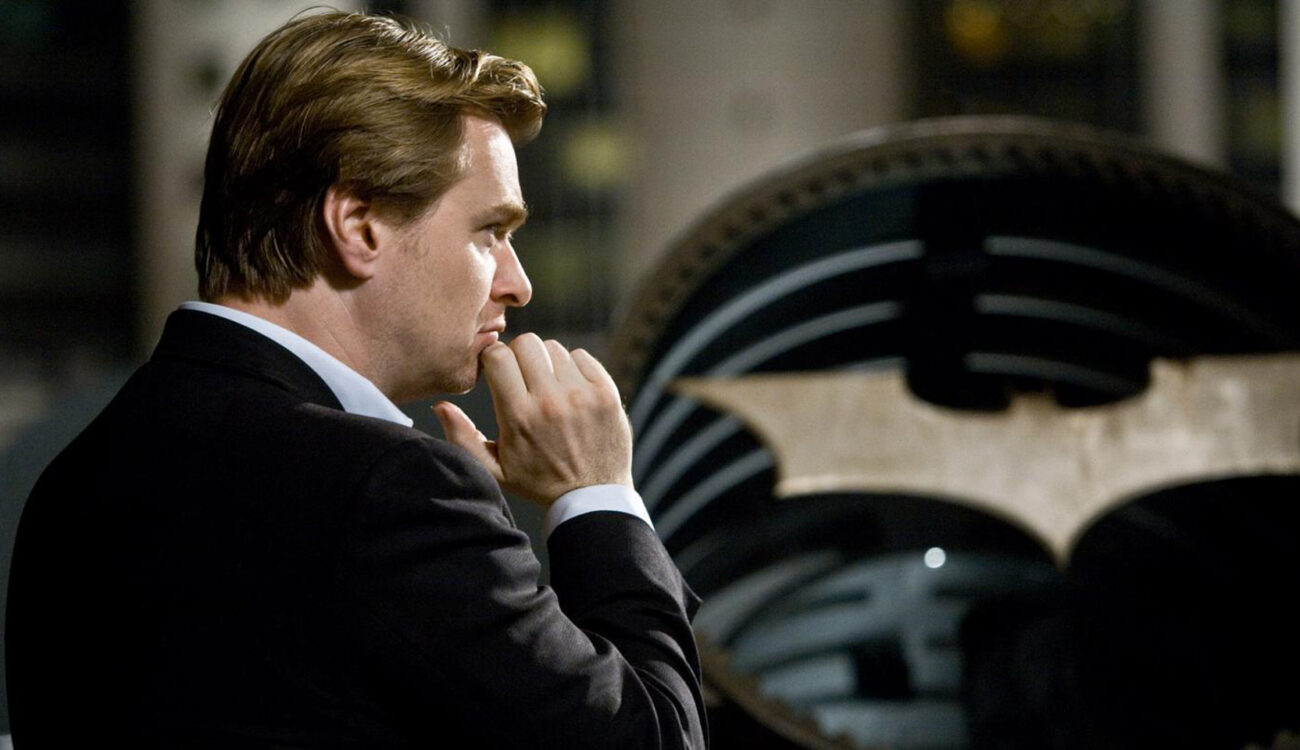 Being a behind the scenes, or “BTS”, photographer on a film is a tough job. First, you’re pulling the same long hours as everyone else, but you don’t get to be in the thick of it or play with the bigger cameras.  You’re stuck in a safe spot away from the action with a zoom lens and occasionally, just occasionally, you get to step out into the sunlight and snap a really great picture of the director doing something. 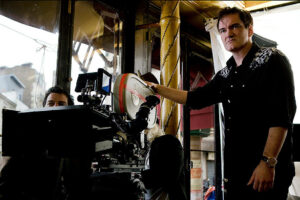 BUT we cannot get enough BTS shots: we eat them up and repost them to garner likes from like-minded cinephiles and show allegiance to our favorite directors and their films. So, here is my exhaustive guide of every. single. type. of behind the scenes photo that exists… At least according to 45 minutes of Google image search, intermingled with a little light Pinterest.

I’ve decided there are five different types of  BTS shots.  Try and spot your favorite: 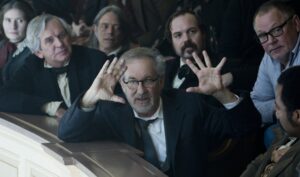 Your hands are the camera and what is through your hands is the scene. Many things will happen between the hands and it will be glorious. 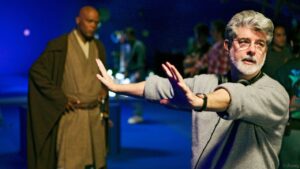 Making a little frame with your hands to illustrate a point is a time honored tradition, and it’s a way more interesting BTS photo than a director listening and making choices, like “That cup makes her hands look small”.  This way, a director is an engaged magician. 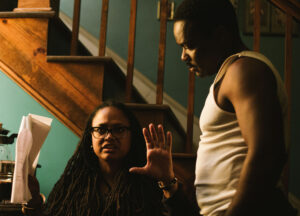 “The Frame” also works with props, such as a folded up copy of the script. 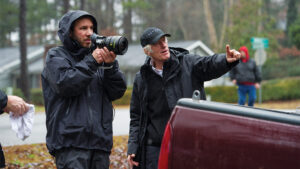 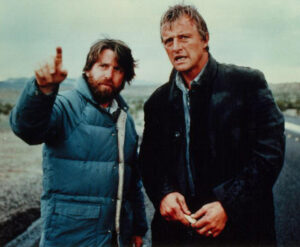 There is more pointing in BTS than there is in Saturday Night Fever. 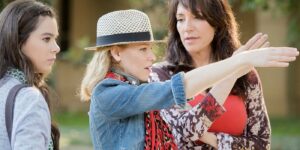 Sometimes the entire hand is required in order to point effectively. 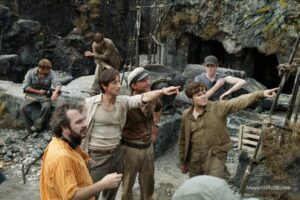 Sometimes it is wise to let the entire cast point instead of you to give them the illusion of power.

3) Show Them How Hard You’re Working for the Shot 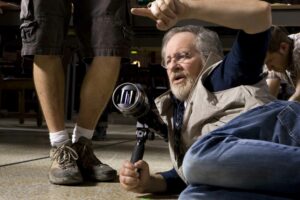 “I’m on the floor for you people!” 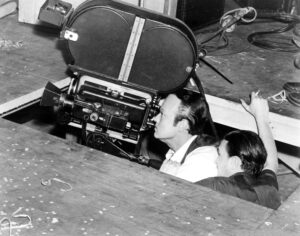 “I’m IN the floor for you people!”

Productions are complicated and much thinking is required. The key is really showing that the thinking is happening. 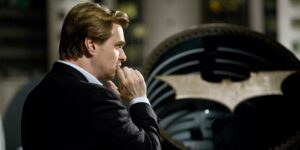 Thinking adjacent to a bat symbol. 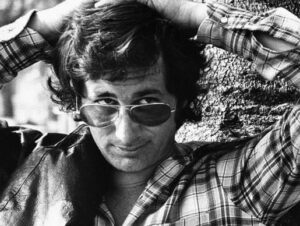 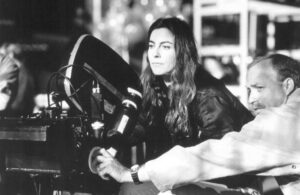 Picture: Kathryn Bigalow on set for The Last Days of Ivory. 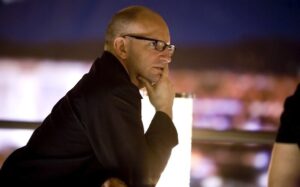 “Exhausted from doing everything” thinking.

5) The “Touch the Camera You Don’t Use” Shot 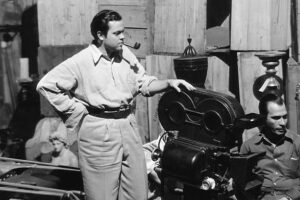 For most directors, no aspect of the job consists of actually handling the camera. But when the BTS photographer is around? We must touch the precious. 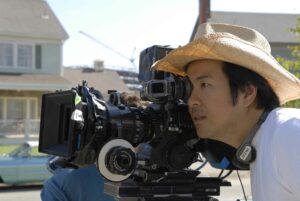 Touching the camera is required to show ownership. “My film! Mine!” 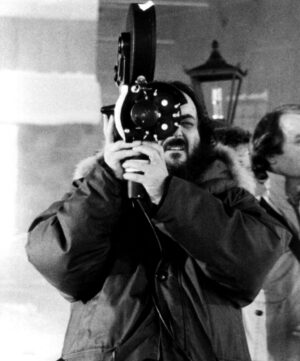 Dir. Stanley Kubrick on the set of The Shining. Credit: Warner Bros.

Stanley Kubrick can be in whatever kind of BTS picture he wants. He can do no wrong and this is clearly his camera.

So whether you’re hired as a BTS photog or you just whip out your phone to grab a shot for your Instagram, remember to frame, point, think, sacrifice your body for the shot, and somehow: touch the precious.

I challenge you to find that elusive sixth type of behind the scenes photo. Comment below!