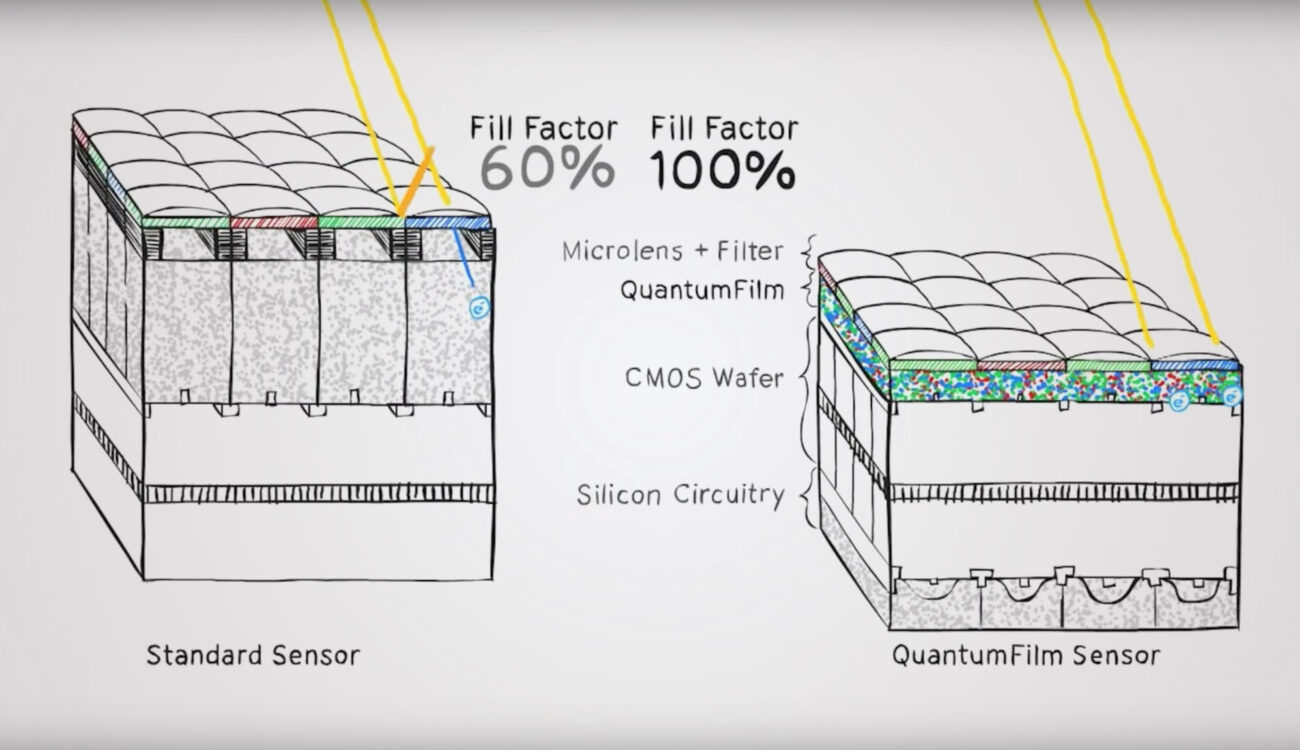 According to a report by Image Sensors World, some sources indicate Apple has acquired the image sensor startup behind QuantumFilm. QuantumFilm is an image sensor technology that could have a significant impact on the performance of the next generation of smartphone cameras.

I say “could” because, we just don’t know what plans Apple may or may not have with this technology. This source reports that “a part of Invisage staff” now work for Apple, and previous investment partners indicate they are no longer invested in Invisage. It seems a likely conclusion that Apple has acquired the IP held by Invisage including the “QuantumFilm” sensor technology which was demonstrated in 2015 in a few YouTube videos.

Based on a traditional CMOS bayer imager but with an additional layer of “quantum dot” secret sauce, sensitivity to light and dynamic range is vastly improved, with some additional benefits such as implementation of a global shutter. A jump in efficiency from 50% to 90% in a small footprint, high density imager promises a high resolution, high dynamic range sensor without many of the compromises faced with current generation smartphone camera sensors. 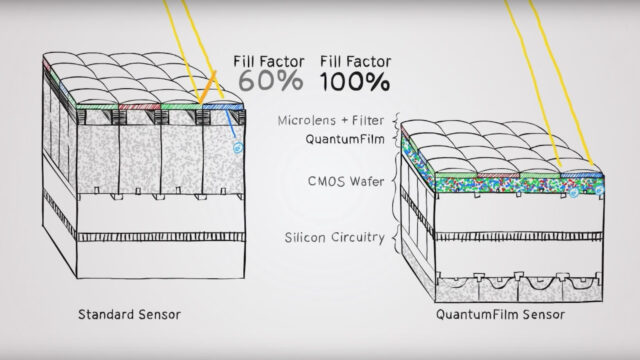 The QuantumFilm sensor has a non-linear electrical response to light, similar to the response of film, which is very different to the linear response we expect from our imagers today. This naturally compresses highlights at the sensor itself rather than using a non-linear encoding of output values.

To be fair, the results still up on YouTube from tests in 2015 are far from perfect, however it’s important to remember that this was the era of the iPhone 6. Our underlying sensor technology and processing power have come a long way since then. “PRIX” does show a lovely organic image that doesn’t even feel traditionally digital. The color and tones immediately bring to mind all the things I still love about super 16mm film. Those skin tones are hard to achieve with proper color grading from any phone camera right now. If I let my mind extrapolate this 2015 showcase into today’s world of 4K smartphone sensors, in devices already capable of handling more data than ever before, I can only hope Apple have big plans for this technology.

Could QuantumFilm power the cameras of Apple’s next generation iPhones just over the horizon? Let us know what you think in the comments.