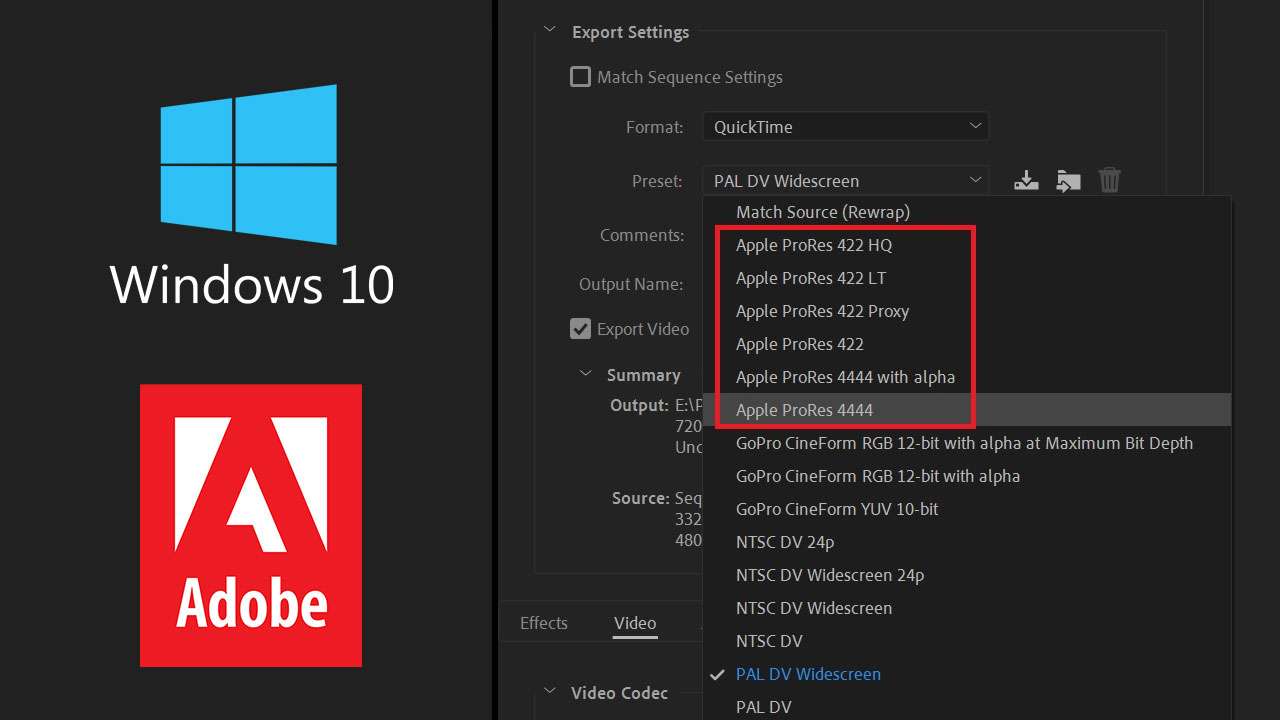 Adobe just announced support for Apple ProRes video format export on Windows computers. Now ProRes 4444 and ProRes 422 export are available within Premiere Pro, After Effects, and Media Encoder on both Mac OS and Windows 10 with the latest update. 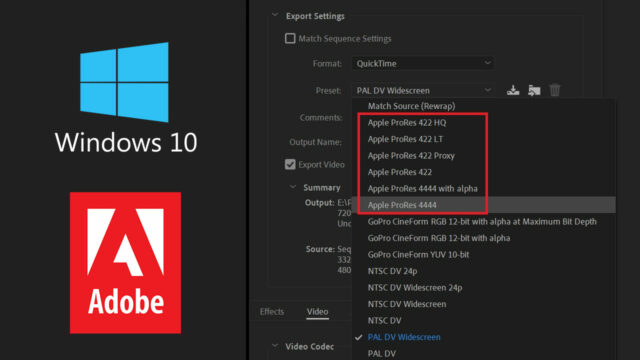 Apple ProRes is a codec technology developed by Apple for high-quality, high-performance editing, and it’s been around for quite a while. It is one of the most popular codec families in professional post-production and is widely used for acquisition, production, delivery, and archiving. For many years, exporting ProRes on Windows computers has been quite a hassle, and for video professionals, it was one of the “why Mac-over-Windows” arguments. This does not apply anymore: Adobe just announced support for Apple ProRes export on Windows platform. The export is available with the latest updates to the Adobe Creative Cloud video apps, including:

The cross-platform equivalent of ProRes so far was Avid DNxHD and DNxHR. Many clients, however, require delivery in ProRes format. Until now, Windows Adobe Premiere users had to use a different software (for example Blackmagic Fusion) or use all kinds of workarounds. 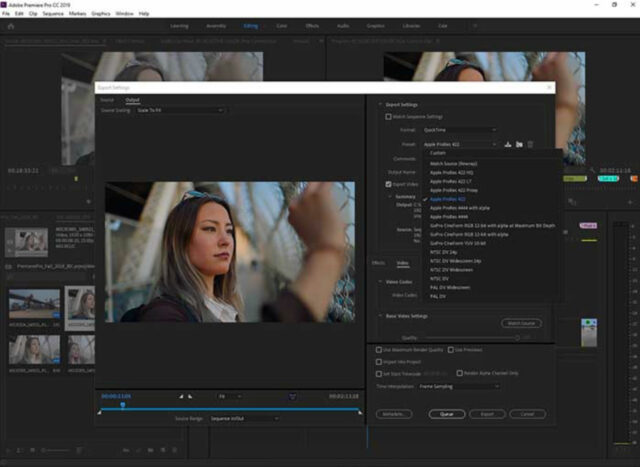 The options for ProRes export in Adobe Premiere are now as follows:

Apart from the support for Apple ProRes Export on Windows, the update 13.0.2 adds the import for HEIF files created on iOS devices, improved performance with the Canon Cinema RAW Light on Windows, and import support for ProRes HDR footage.

Did you miss the ProRes export support on a Windows machine in Premiere? Is this going to influence your future OS choice? Let us know in the comments underneath the article.