We caught up with Zacuto at Cine Gear 2016 to showcase one of their latest products, the Grip Series Batteries. There is a 75Wh and 100Wh version, both featuring 2 D-tap outputs to power camera & accessories, and a fuss-free clip-on method for 15mm rod systems.

Zacuto bill this the first of its kind. It’s actually the second, if you count the first time Hawk-Woods released them. Yes, for the eagle-eyed this is the same system Hawk-Woods produce, Zacuto has simply taken on the global distribution of the product.

The Gripper Series Batteries fill a void that many shooters find themselves in. 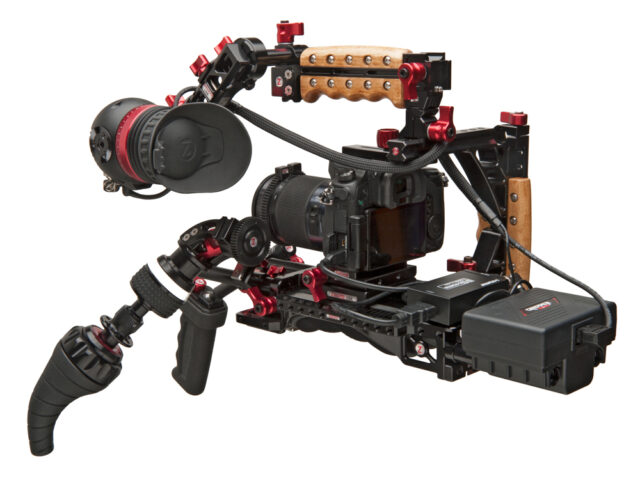 There is an ever-present modularity concept to cameras nowadays, every rig is different and is usually made up of several accessories from several different companies. Powering them all can be a task in itself. D-tap (or P-Tap, same thing) has been the industry standard for a long time; grab a V-lock or gold mount battery kit, get a distribution plate or simple D-tap splitter and power everything off one big battery. A great solution, but it’s expensive; a set of 4 good V-locks and charger will set you back $1000-2000. 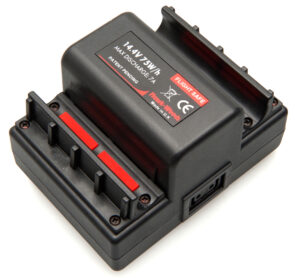 D-tap outputs via camcorder batteries have grown in popularity but they often don’t have the capacity/form factor to hold up. The Gripper Series offers a cheaper alternative to condensing all your power options, that doubles up nicely as a counter-balance weight for your rig.

It’s fuss-free; simply clip it onto a pair of 15mm rods; the AC adaptor for the charger clips on in a similar way.

There will also be a selection of accessories that enable you to connect additional cable-less D-tap ports. Check out this article where we caught up with Hawk-woods at BVE 2016. This is a similar battery system sold that uses the same concept, you can see the accessories in action here.

Both Gripper series are available for pre-order now, check the links below. You can also pre-order the 4-way D-tap adaptor, fast charger and dual fast charger.