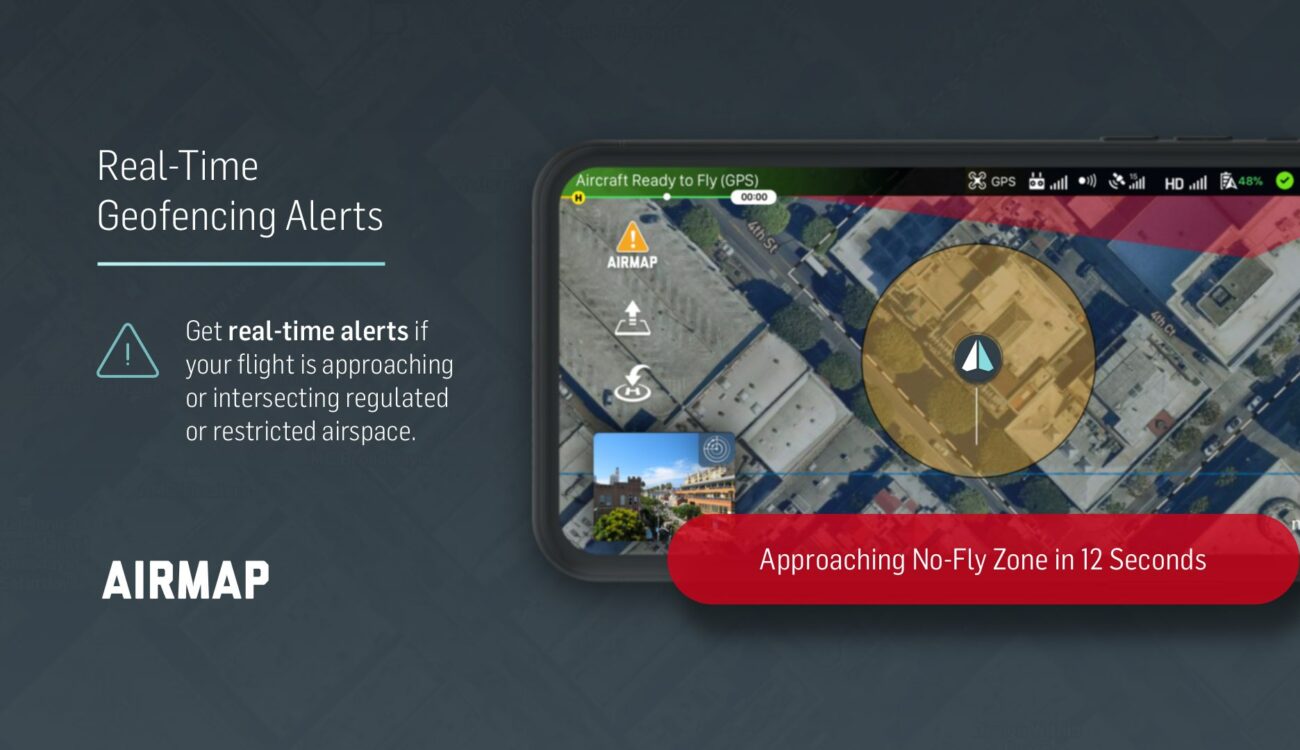 AirMap, useful airspace inteligence app for drone operators, just introduced a new feature for DJI drones pilots: real-time geofencing alerts. The app will now notify pilots if they are nearby restricted zones, aircrafts and other objects. 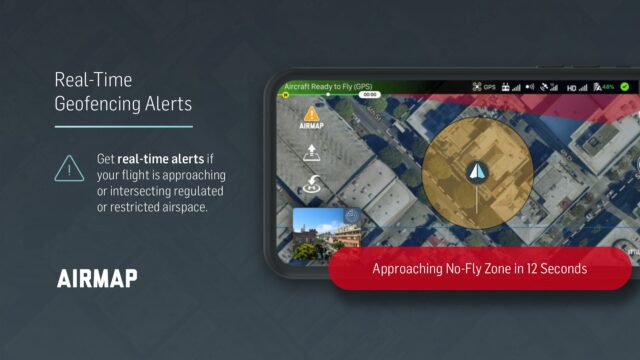 As drones are becoming more affordable and capable, the number of drone pilots rapidly increases as well. Hand in hand with this trend, the drones regulations develop too. Most drone operators know there are certain regulations and restrictions when it comes to flying. There are tools which make sticking to these rules easier. One of them certainly is the AirMap app.

Airmap is a global airspace intelligence app with intuitive flight planning tools. The app makes it easy to learn about any airspace environment, plan a flight in accordance with regulations, and maintain awareness of nearby aircraft while in-flight. And it functions anywhere in the world. AirMap has been available for Android and iOS for a while already and it got quite popular among drone pilots. Couple of days ago, the company behind AirMap announced a new important feature – real-time geofencing alerts.

It happens more often than not, that airspace conditions can change mid-flight and emergency TFRs (temporary flight restrictions) require nearby drone operators to adapt immediately. Other times, a drone may deviate from its planned flight path and get close to regulated or restricted airspace. The exact functioning of this feature is well described in the official release and in the short video:

With Real-Time Geofencing Alerts, AirMap alerts pilots when they are approaching, on the edge of, or intersecting geofenced airspace areas in which drone flight is regulated (orange) or restricted / prohibited (red). If the pilot’s drone’s positioning is less than 30 seconds from entering a new airspace boundary, AirMap displays a warning message onscreen and verbally announces the warning with the appropriate message, like “Approaching Class B airspace.” Real-Time Geofencing Alerts keep pilots aware of impending safety concerns at any time while flying, even when airspace conditions change during their flight.

This new feature is only available for operators of DJI drones with the AirMap for Drones DJI SDK fly mode. The real-time geofencing alerts are turned-on by default in the new version of AirMap. Supported DJI drones:

In the near future creators of the app are planning to add more capabilities in real-time geofencing. They plan to include the ability to prevent drones from entering an unsafe operating area or veering off a planned flight path, if the pilot has opted in.

AirMap real-time geofencing alerts are also available to developer partners and OEMs via a mobile SDK for Android and Swift delivering airspace environment status information relative to the drone’s flight path. We might as well see more apps using this feature soon, then.

Do you use AirMap as a drone operator? Did you feel the need for real-time geofencing alerts? Let us know in the comments below.