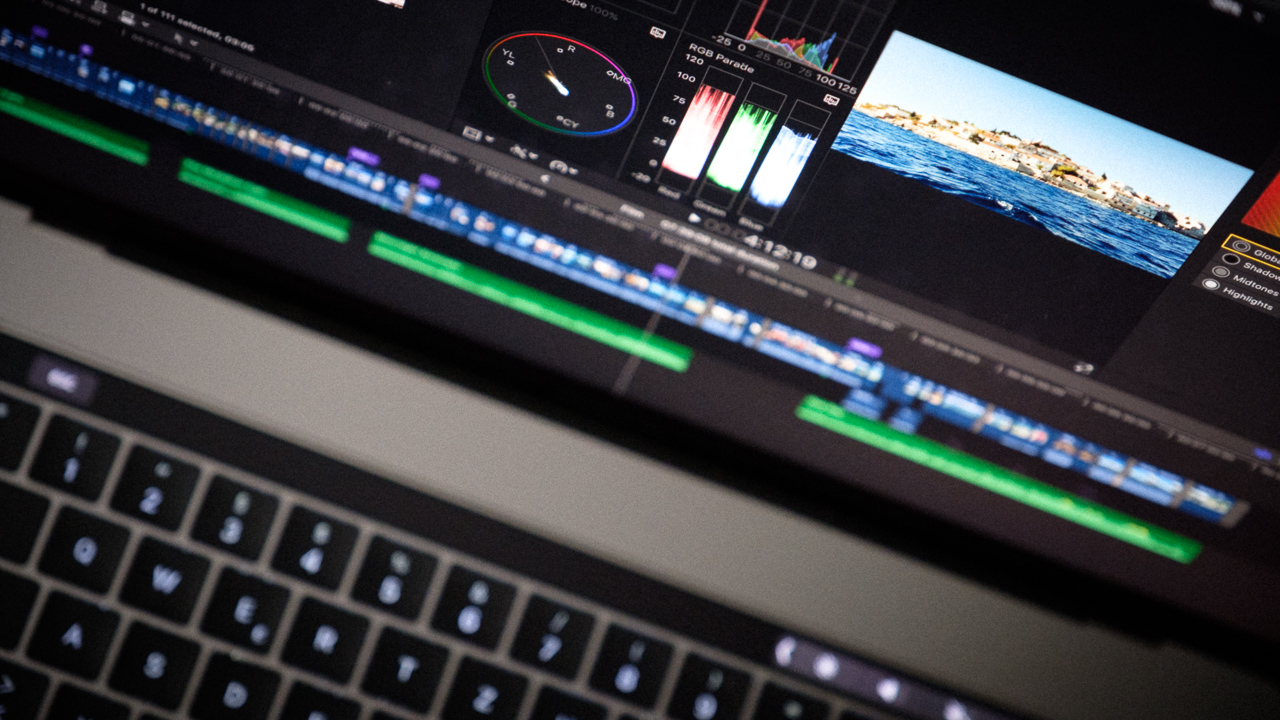 Almost every editing project starts with importing media into Final Cut Pro X. In this 3-part series I’ll show you how to do that like a boss and share some tips and tricks. 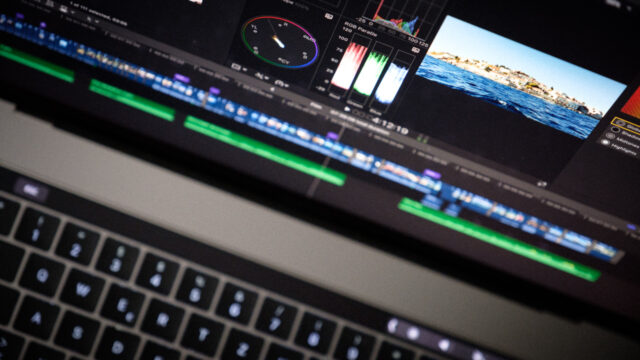 While Final Cut Pro X (FCPX) looks rather plain at first glance, a lot of its functionality is not immediately obvious. Also Final Cut Pro X does not hit you in the face with preferences screens immediately. This is all part of Apple’s strategy to keep editing accessible for not-too-technically biased people.

Under the surface however, Final Cut Pro X is a mighty powerful NLE which so far has received 28 free updates since its release, most of which were aimed squarely at pro workflows and features.

One of the universal laws of media management is that one should always backup the original camera cards before doing anything else with the media.
I agree that you should always have at least three copies of your media — one of which is the copy you’re working with in your NLE and two that sit on a shelf, not connected to a computer and preferably in two different physical locations. Beyond that there are many questions:
Is it really always necessary to have copies of your original cards? What are the best strategies to work with card based media inside Final Cut Pro X? You will have to decide for yourself how to work with media, but I’ll try and give you some options and ideas using FCPX.

Please note: With Camera Cards I mean cards like XQD, SxS or SD cards (or disk images thereof) that have been written by a camera and have the full file structure intact. Final Cut Pro X does not consider SSDs that have been recorded in — for example Atomos recorders — as a camera card. These volumes simply mount as an external volume with video clips on it. Some of the following tips might not work with footage imported from such media.

Let’s start with the basics: Cards, when inserted in a card reader, mount to the desktop of the Mac like any other external storage device. When Final Cut Pro X is running, it immediately shows the Import Media window and lets you choose the clips you want to import into you current library. Use the shortcut Command+I to open the window manually. 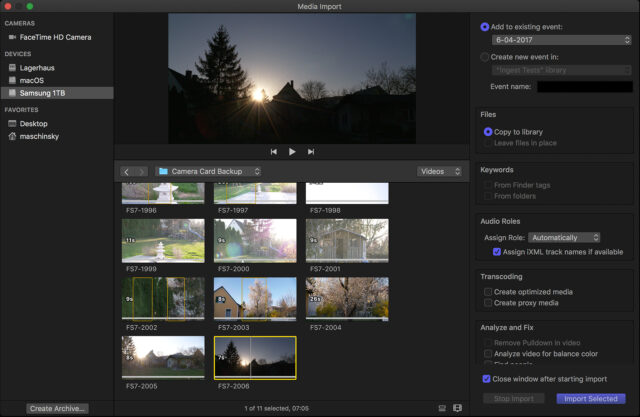 You may have noticed that Final Cut Pro X does not allow Leave files in place to be ticked. The feature is greyed-out in the interface. FCPX will copy everything you import from a camera card to the current library’s storage location, whether that’s inside its library bundle or in a media storage folder you have defined in the library’s settings.

Not allowing you to reference (link) media into your FCPX library directly from a camera card is a safeguard that makes perfect sense. Otherwise you could inadvertently use media that’s still on you card, edit something, close FCPX, eject the card, format it inside your camera and loose you media before you notice that anything has gone offline in your edit.

TIP: If you are importing from a camera card, you can select ranges of clips and only those ranges will be imported into Final Cut Pro X. You can even command-drag more than one range per clip. That can be extremely useful if you have very long clips and only need to import certain sections from them. This only works with camera cards (or images thereof) — NOT with clips to be imported from regular external volumes with no camera specific file structure!

Because you can already work with media that is currently being copied in the background it’s vitally important to make sure Final Cut Pro X has finished importing media. Do that by checking the Background Tasks window command+9 or Window > Background Tasks.

If (for whatever reason) the import process is interrupted, some of the files might not have been copied over to the storage location. If you fire up Final Cut Pro X while the camera card is still connected to the computer, everything will look fine and you can edit.

TIP: You can identify clips that haven’t been copied to the Libraries storage location yet, by a little camera-symbol in the bottom left of the clip’s thumbnail in the library window.

But as soon as you disconnect the camera card all clips that have not yet been copied off it will go offline! To fix this, you can use File > Import > Reimport from Camera/Archive. This feature allows you to re-start the import one or more clips from an attached camera card.
Connect the card to the computer, select the offline clips in the browser and evoke the command.
Sometimes Final Cut Pro X will show this error message, when you try to re-import from a camera-card or archive: 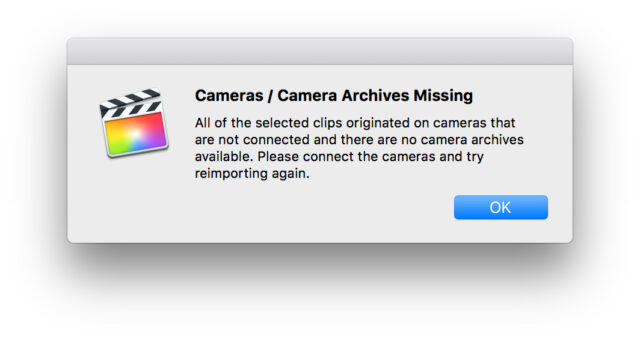 That was it for the first part of this series. Check back soon for the next part of this ongoing series, where we will go a little deeper into the rabbit-hole.

Until then —happy editing!