In a refreshingly swift move, Apple has addressed the thermal throttling issues that have plagued their brand new flagship i9 MacBook Pro for the past week. 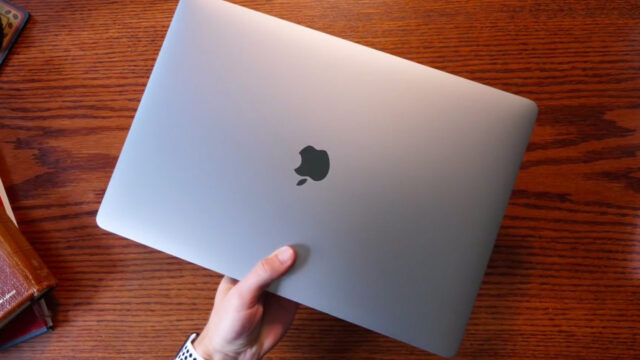 Apple today released an update to OSX High Sierra that patches a “missing digital key” and largely seems to solve the thermal throttling and improve the performance of their 2018 MacBook Pro lineup.

For the uninitiated, thermal throttling is a common safety feature that limits the performance of a CPU to keep it from damaging itself under heavy use. Done properly, this can be a subtle way to protect your system without severely affecting performance. If there was no throttling or proper cooling in place, the internal temperature could rise high enough to literally melt your CPU. Not good.

Throttling in the real world

I’m sure every editor is familiar with that moment where you add one too many effects to your timeline. As the fans spin up to maximum speed, your heart and your playback FPS sink. This is thermal throttling in action. Forced to choose between playing back your clips smoothly and generating an unsafe amount of heat, the computer chose the former. That’s unfortunate, but necessary for your MacBook to live a long and healthy life. But what if it did that all the time, regardless of how many effects you actually added?

What seems to have happened with Apple’s new i9 MacBook Pro is thermal throttling taken to the extreme. First reported by Dave Lee, the i9 MacBook Pro displayed extremely slow and uneven performance. As best we can tell, the processor was throttled very hard, then released, then throttled again. This manifested as much slower performance than expected, even when compared to older models with lower specs on paper.

While it’s still too early to know for sure, with todays update seems to have solved the throttling, but its effect on performance is still unclear. Apple tells us that the performance should now be “70 percent faster” than the 2017 models with this update,  but keep an eye on the real-world testing as it comes in. AppleInsider’s tests show a performance increase, but not a major one. This is just one data point, though, and I personally would wait a week or two for the dust to settle before making a final verdict.

On the whole though, it seems safe to say that the thermal throttling has been brought under control, and that the new i9 MacBook Pro is finally beginning to live up to its potential. Even the other members of the 2018 MacBook Pro lineup have seen a boost with the free software update!

What does this mean for editing?

For all of the laptop editors out there, whether you use Final Cut, Premiere, or DaVinci Resolve, this update could be the difference between editing your clips at real time or not, between half and quarter resolution playback. But maybe most of all, it makes the flagship i9 model, with its increased RAM capacity and six-core processer, a viable purchase again instead of a punchline.

For a more detailed analysis, check out WIRED’s excellent coverage. To download the update, check the app store on your MacBook Pro.

Would you buy a 2018 MacBook Pro after these updates, or still stick to last year’s model? Or are you a Windows editor? Let us know in the comments!