I caught up with Aputure at Cine Gear 2016, where they introduced the Aputure Light Storm COB 120t LED light, which has the output power of approximately a 1.5K tungsten lamp, while being a hard light.

LED lights are here to stay – 1×1 panels with hundreds of small LED diodes are used throughout the world for energy-efficient soft lighting that can also be powered by battery. In the past it was quite hard to make LEDs strong enough so they could used as individual sources of light, which is why they always had to be combined in bigger arrays, which created a host of problems.

Lately however, we have seen more and more hard light single LED solutions come to the market. Johnnie recently reviewed the Kinotehnik Practilite 602 (click here), which is a similar light from another manufacturer. Now also Aputure have released one, the Light Storm COB 120t.

In this video, Ted from Aputure gave me a run-through of the new light, here are some of the highlights: TLCI of 97+ and CRI of 97, which is mind-boggling color accuracy, something that was unheard of only a few years ago for LED lights, which only shows how much the technology has advanced. 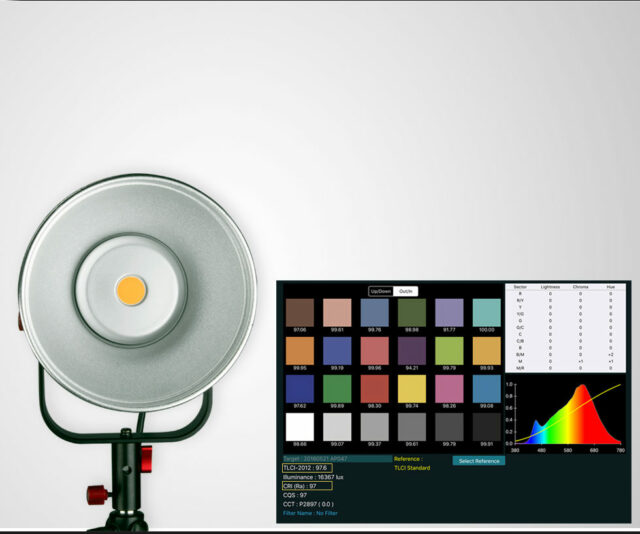 Its output equals the output of a 1.5K tungsten lamp, which is impressive. The native color temperature is 3000K.

Its fan is very quiet, they use the same large fans as the MacPro from Apple. It really shouldn’t interrupt shoots but I am going to test that as soon as we have the test unit in house.

Aputure have separated the light control operation from the actual light, which means you can conveniently dim it from a wired controller box. There is also a wireless remote included.

A nice nod to the photography community is the inclusion of the Bowen-s Mount, which is a standard for many chimeras, beauty dishes etc. – that means that this light is compatible with a multitude of modifiers that have been available forever. That’s indeed a huge plus!

I will review this light soon, stay tuned for it over the next few weeks!

If you are one of our European followers, you can get this light by clicking the Amazon UK link here. 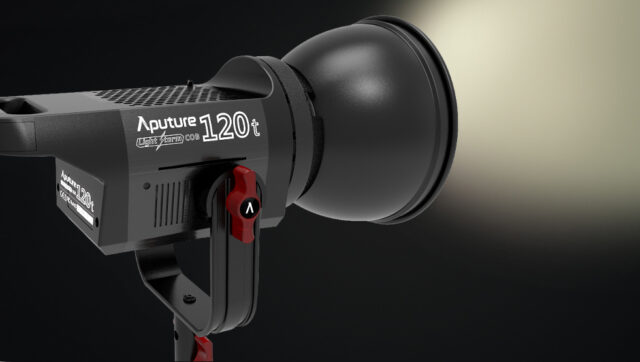