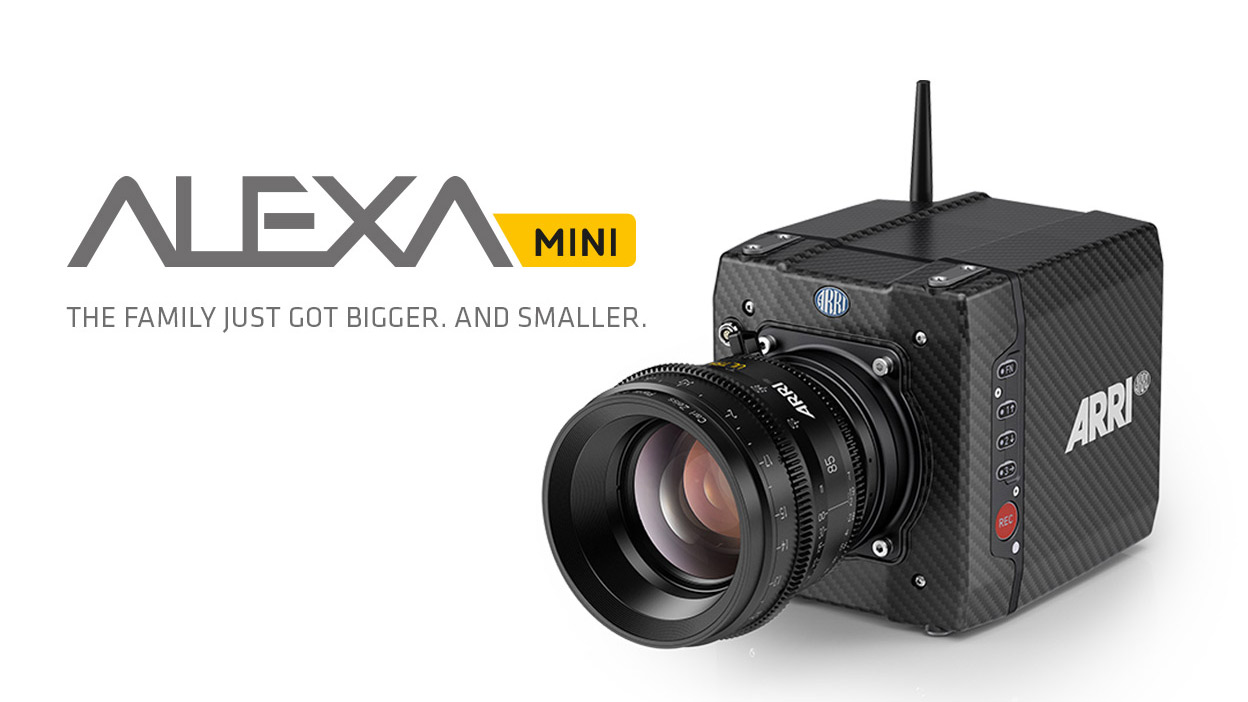 What an unfamiliar sensation to write the words “lightweight” and “ARRI” in the same headline. But here it is: Camera manufacturer ARRI just surprised us with the announcement of a new cinema camera: The ARRI ALEXA Mini. A small and lightweight, carbon fibre version of their hugely popular ARRI ALEXA cinema camera.

ARRI seems to have been quite busy lately. After announcing loads of cool upgrades for their documentary style AMIRA camera just last week, here’s another piece of gear for filmmakers to drool over. Cinema camera manufacturer ARRI is known for their heavy duty, tank like professional cameras. Even the ENG style ARRI AMIRA with its “documentary style” single-shooter approach is quite a heavyweight at 5kg body weight.
The body design of the ARRI ALEXA mini is a lot lighter than all their previous cameras. It is optimised for use with brushless gimbals, multicopters and other specialized rigs. It is compact enough to allow the use of space-constrained rigs, such as gyro-stabilized aerial systems.

The ARRI ALEXA mini is not featherlight though, it’s still a solid piece of gear, but at 2.3 kg it is a lot lighter than its bigger brother.

Interestingly 2.3kg is exactly the weight of its main competitor, the RED Epic (Dragon) camera. Observing the design and ergonomics of the ARRI ALEXA mini, there’s a startling resemblance to the RED cameras…

In their press release ARRI prides itself to have made “the most future-proof camera system available today“. The camera will work in a 4K environment, supports 4K HFR technology up to 60p, as well as featuring HDR (High Dynamic Range) capture for upcoming higher dynamic range displays.

Most important features at a glance:

How cool is that part about the iPhone remote controlled motorised internal ND’s?!

The ARRI ALEXA Mini is scheduled to begin shipping in May 2015, with orders being taken from March.

There is no word on pricing yet, but from the looks of it this camera won’t be an affordable one (thinking $40k and beyond).