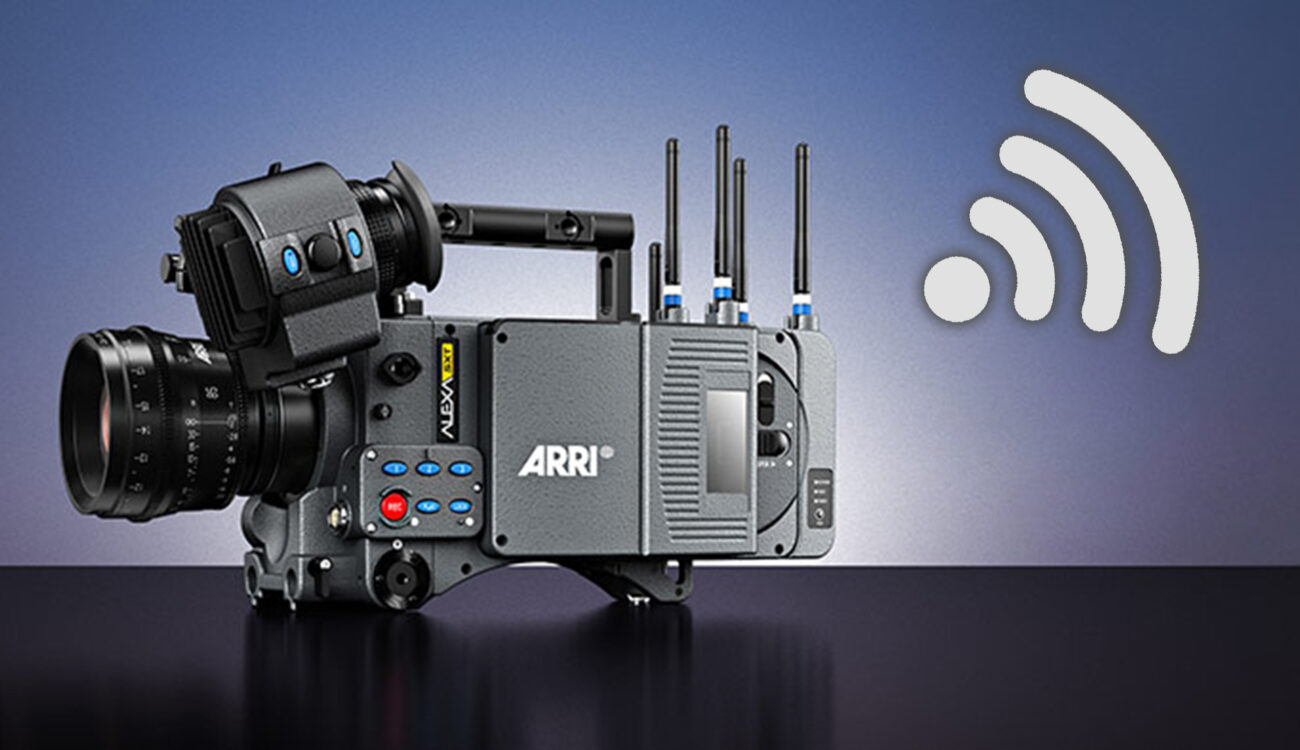 With the latest iteration of their ALEXA line of cameras, ARRI cuts yet another bunch of cables. Alongside the trusted wireless lens control and WiFi radio, the ARRI ALEXA SXT W also sports a built-in wireless HD video transmitter. 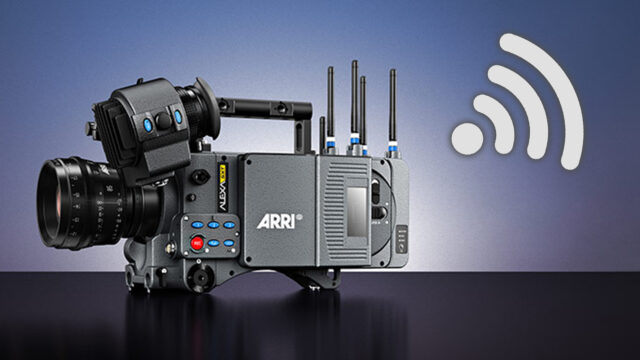 All these capital letters! Presumably, ARRI really wants us to know what’s going on with their flagship product, the ALEXA. This time, it’s all about cutting some wires, namely BNC video cables. The W in ALEXA SXT W stands for wireless, and is a model that’s based upon the trusted SXT line of ALEXA cameras. You will immediately notice 4 additional antennas on the top, though. The smaller fifth one is the well-known radio receiver for remote lens control, and there is a a WiFi radio built-in, too. With it, the camera can be remote-controlled with the ALEXA Web Remote.

In order to keep things as simple as possible, ARRI has replaced the ALEXA SXT Plus and ALEXA SXT Studio models with this upgraded SXT W model. As always, there are several upgrade options available for current users.

Since the transmitter is built right into the camera, there is no need to bulk up your ALEXA with external devices and their dangling cables.

the wireless video system works harmoniously with ALEXA SXT’s other radio-based offerings – the WiFi and our own proprietary camera and lens control system – avoiding time-consuming interference between the radios on the camera.

Since an ALEXA camera is not exactly cheap, you probably won’t be buying one for yourself, and therefore this news is probably not really of interest for you as an indie filmmaker. Point taken… But maybe this next one suits your budget (a little bit) better.

The ALEXA SXT W integrates seamlessly into the new Wireless Video System (WVS), which encompasses several products such as receivers, transmitters, a dedicated TransVideo monitor and various mounting and powering accessories. The following chart brakes down the system: 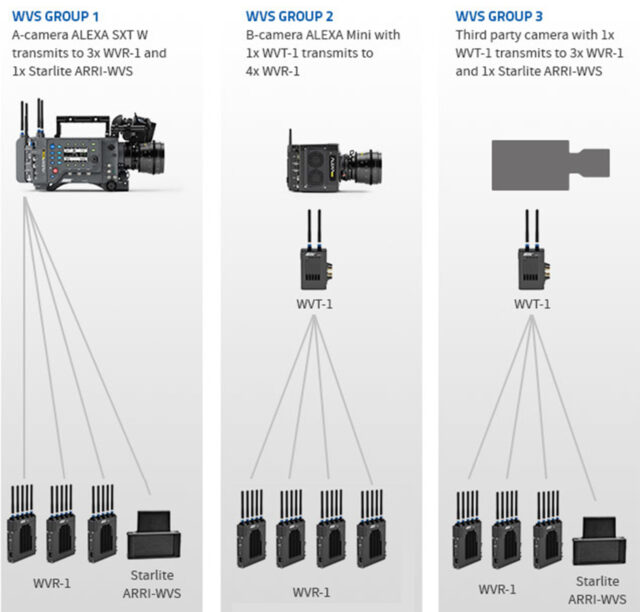 Different setup scenarios for the WVS line of products.

This WVS is clearly positioned to be a direct competition to already established solutions from Teradek or Paralinx, and its obvious advantage is its modularity. Its seamless integration with the ALEXA SXT W is nice to have, but if you happen to use a different camera (regardless of the brand) you still can use the WVT-1 transmitter and you’re all set.

The uncompressed HD signal provided by the transmitter is secured by 128-bit AES encryption, and can be sent to up to four receivers up to a distance of 600m with less than 1ms delay. A REC flag and timecode is embedded into the signal. 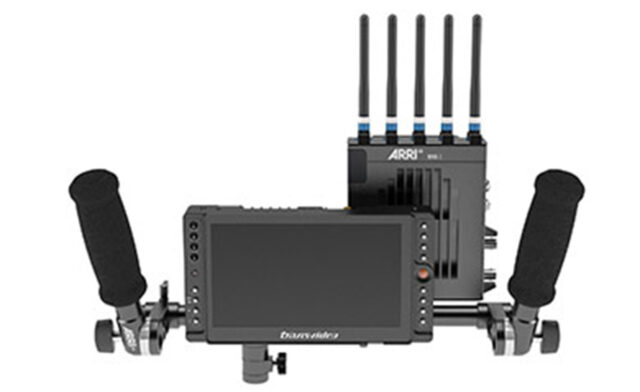 The housing is spray and dust-proof aluminum with built-in collars for antenna and BNC connectors. An extra power-out on the video receiver permits a single on-board battery to power both the receiver and an attached handheld monitor, for example. A higher input voltage range allows more flexibility with your choice of battery.

All this is powered by technology from Amimon, the same company that works closely with Teradek on their line of products. As CEO Ram Ofir puts it:

None of this is ready for shipping yet. Actually, there is a little remark on the ARRI website which states:

This device has not been authorized yet as required by the rules of the Federal Communications Commission. This device is not, and may not be, offered for sale or lease, or sold or leased in the USA, until authorization is obtained.

So, although it might take some time to get all these devices through the necessary authorization process, you could start counting the contents of your piggy bank in the meantime. I’m sure we will know more once this year’s NAB kicks off.

What do you think? What should be the next move from companies like Teradek or Paralinx? Share your thoughts in the comments below!