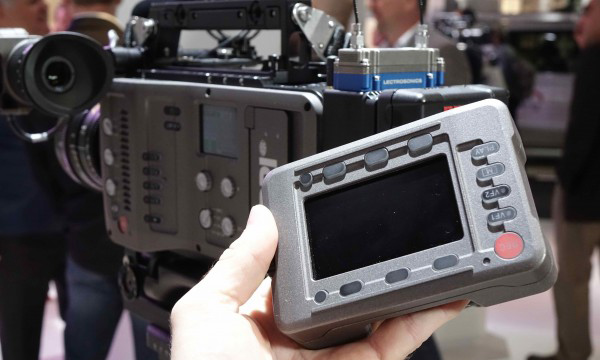 Arri has announced a new control panel at IBC for its Amira and Alexa Mini cameras. They also showcased firmware 3.0 for their cameras which, among other things adds new high & low end recording codec features in the form of MPEG 2 and ProRes 4444 XQ. 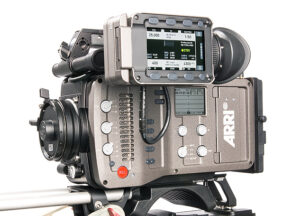 Arris camera all adhere to a very simply and easy to use menu system (probably the easiest I’ve used).

On the Amira and Alexa Mini the menu and screen can be found on the side of the viewfinder.

The problem with this? You have to buy the viewfinder in order to operate either camera (physically, Arris new app allows you to control camera wirelessly with a the same interface).

As a fairly regular user of the Amira I think this the viewfinder is one of it’s weaker features. Similar to old school broadcast cameras there’s a certain ‘sweet spot’ where if the angle of your eye is not quite right, it’s hard to gauge whether you are in focus.

Third party systems like the Zacuto Gratical HD and SmallHD 502 offer a much crisper, feature rich option for monitoring. However adding another viewfinder/monitor to your existing Arri system can be counter productive, particularly if you’re trying to keep things compact (Alexa Mini owners).

Enter the Arri Control Panel. This is exactly the same as the panel found on the side of the Arri viewfinder (minus the viewfinder).

This saves you cost and real estate with doubling up on viewfinders; buy the one that suits you best and get the Control Panel separately.

Of course this will also work in other ways (the way Arri will have no doubt originally intended it), it will remove the Control Panel from the operators side for the AC to on the dumbside (like the full size Alexa).

The device is tethered via a cable and will cost in the region of €2,600.

Check out Newsshooters video from IBC at the Arri booth:

We can see firmware 3.0 in use here, it brings an interesting feature in the form of an intervalometer for timelapsing but most important is the additions of two new recording codecs.

MPEG2 in an .mxf wrapper is now supported, working well in an XDCAM environment or original Canon C300 workflow. This means the Arri cameras now support a highly compressed (by Arri standards) option should you require a bit more quantity over quality.