There’s a bunch of news regarding the Arri SkyPanel lineup of high end LED soft lights. For this year’s IBC, the German based company has just realeased a new double-seized fixture, a new remote for existing lights and an updated firmware version.

First of all, Arri has released a new model to their lineup of high-end LED fixtures, the S120-C. This one is double in size in comparison to the previous flagship version, the S60-C. As you’ve probably already guessed, it’s 120cm in size, so you can expect a large soft light source for that nice light wrapping effect we’re all after. The SkyPanel fixtures are not exactly lightweight, but although the S120-C is double in size, the weight is almost the same as the original S60-C: around 14 kg (30 lbs). 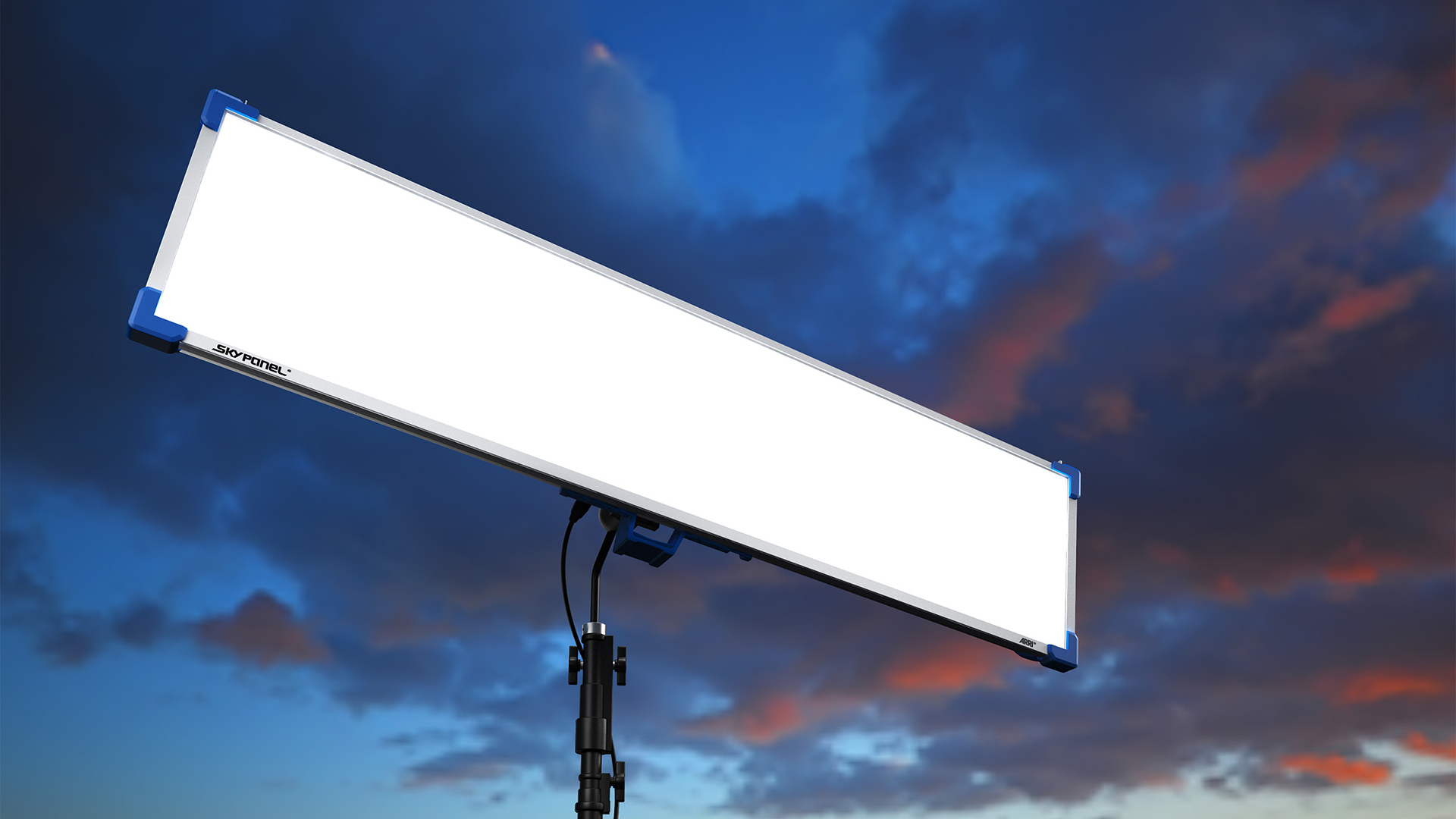 Retaining the same features and color adjustability as its smaller counterparts, the S120 consumes less than 400 watts, yet is slightly brighter than the S60-C and has an efficacy of 90 lumens per watt.

With an aperture of 1290 mm x 300 mm (50.8” x 11.8”), the S120 outputs a very soft, even beam of light. It’s perfect for vertical lighting of people, for example. If used horizontally, the light will wrap around objects or subjects, a very desired and beautiful effect.

All the accessories needed for sculpting and controlling the light are available for the S120, as well. You can choose betweeen honeycombs, eggcrates, barndoors, diffusion panels, the SkyBender and a new fabric barndoor called the FlexDoor.

In order to control these lights, there’s a new option available. The freshly announced control unit is called SkyPanel Remote, and it’s exactly that: a remote control for the whole lineup of Arri SkyPanels. This remote can be a real time safer in situations such as when your light is set up high on a stand or is located somewhere difficult to access. It mimics the on-board controls of any SkyPanel and connects to them via USB. 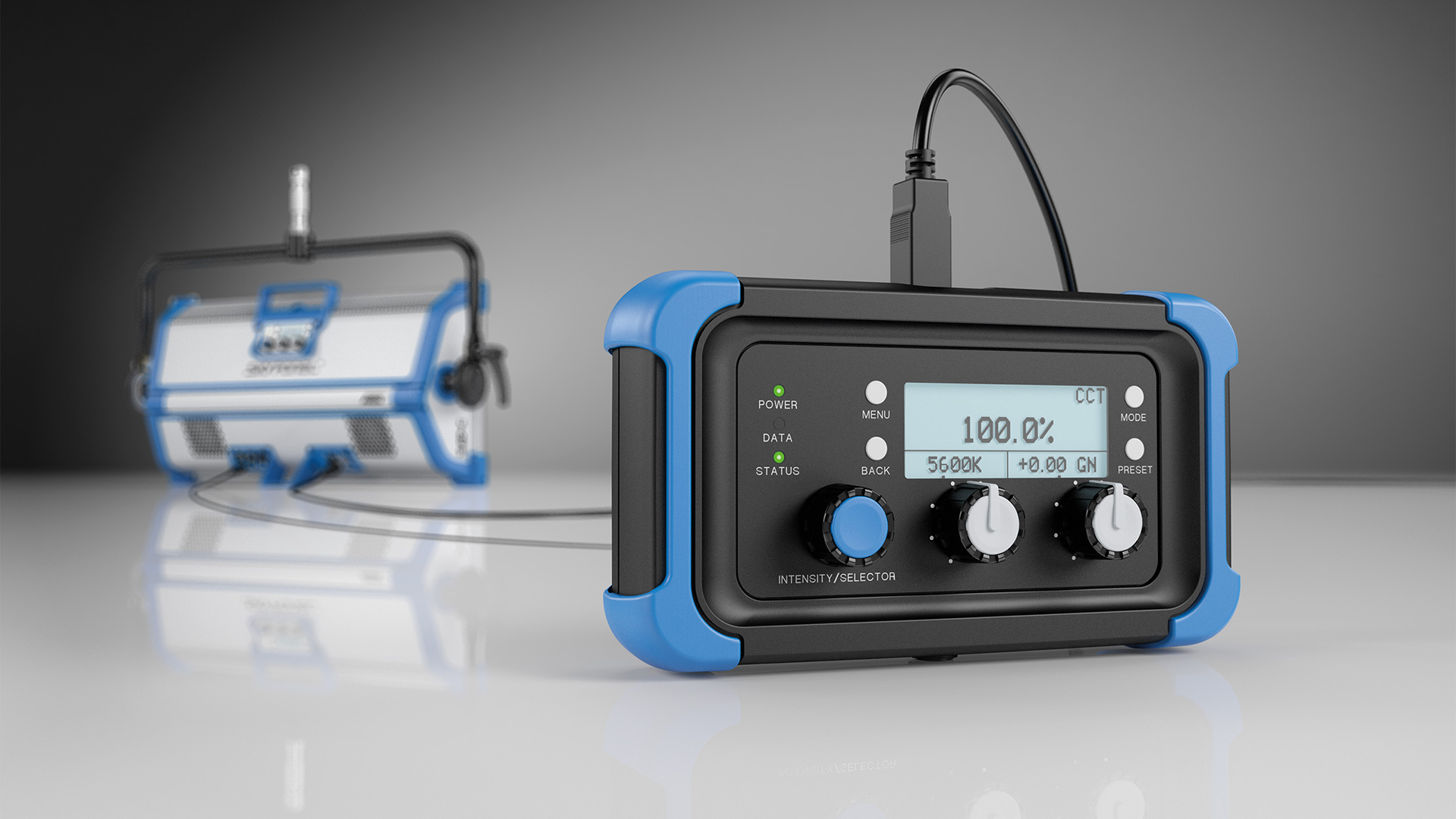 Since lights, and especially LED fixtures, aren’t just glowing filaments in a large metal housing anymore, they depend on complex software in order to operate. This very software of the Arri SkyPanel lineup has just got an upgrade in the form of firmware version 2.5.

Master/Slave mode:
The new master/slave mode allows for one SkyPanel to control several other SkyPanels via DMX. If you change anything on the master SkyPanel, a connected slave Panels will change accordingly. Sometimes this might be a better solution rather than setting up a large DMX network and a lighting console.

Expanded gel library and DMX protocol:
LEE Filters 700 Series is now implemented in the SkyPanel, bringing 41 new colors into the SkyPanel gel library for an increased total of 318 colors. This expansive palette of colors also has an updated DMX protocol, which allows users to fade between two different gel colors.

Battery low voltage warning and control panel lock:
If using a battery to power the SkyPanel, Firmware 2.5 now gives a warning if the battery voltage has dropped below a user-defined value. A lock feature has also been implemented.