The SRH-3 is the new ARRI stabilised remote head just announced at IBC 2017. It combines the legacy of the ARRI Trinity with an impressive payload of 30KG, but with even more torque, power and features. Additionally, ARRI has released a new hand-held bracket that can convert your ARRI Trinity into a hand-held gimbal.

After the viral announcement of Sachtler Trinity/Maxima, Curt Schaller and his department moved their stabilisation technology to ARRI and decided to step it up even more. ARRI Trinity/Maxima was a gimbal that could be used on a steadicam, enabling shots and angles that weren’t possible before. Due to the high payload of the gimbal system, many users were trying to use the ARRI Trinity/Maxima for high dynamic shots, such as mounting it on a car. However, the torque power couldn’t handle some of the requirements filmmakers needed. For this reason, ARRI released a new stabilised head, targeting the high-dynamic shooting market. 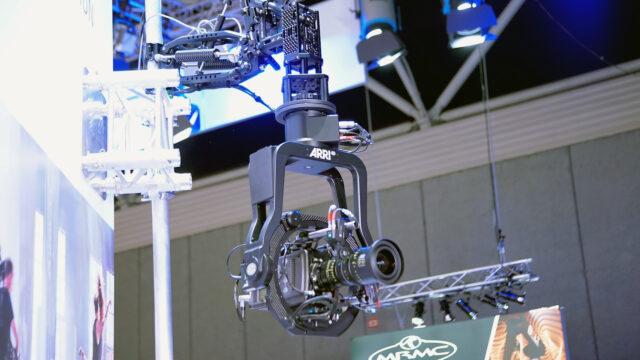 After seeing many gimbal systems tailored to larger cameras come out, the trick has always been the torque power required to handle the stress the system receives on high-dynamic shoots. The ARRI Stabilized Remote Head SRH-3 is extremely compact and light, weighing in at 9kg (19.8 lbs). However, the low weight does not equate to lower support capabilities. The SRH-3 is able to handle payloads of up to 30kg (66 lbs.) and can provide a very impressive 50kg of torque power. The ARRI stabilised remote head is controlled by a modular panel. This means you can decide where the joystick, zoom, focus and tilt controls are placed for your own comfort. It also incorporates ARRI Master Grips, which have a really nice natural feel to them. The settings and presets can be found on the center touchscreen display, allowing for easy access for tweaking control speeds, shooting style and dampeners. 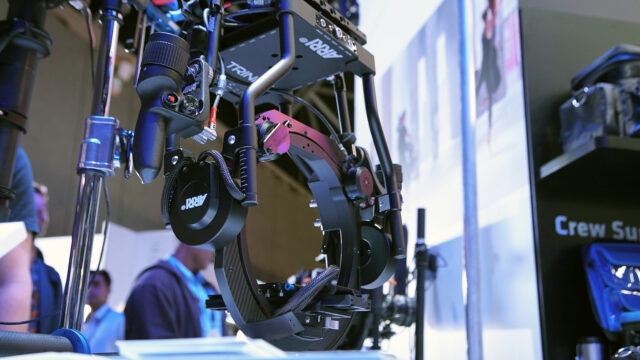 ARRI has also made a bracket that allows you to take the Trinity head and use it with an easy-rig. It is a 2-axis system with roll and tilt, but no pan axis, resulting in “dirty gimbal” kind of shots for filmmakers who want stabilisation with a more natural feel. The cheese plate on the top has the hook for the easy-rig, but can be accessorised with a Mitchell or Euro mount.

The price of this great gimbal includes a 2-day course at ARRI Academy or at an ARRI Rental facility to make sure you are up to speed with the setup of the gimbal and settings for the various shoots you may find yourself on. The ARRI SRH-3 costs approx. €51,000 and is available now.

What do you think of the new ARRI Trinity bracket? Would you like to try out the new ARRI stabilised remote head? Please let us know in the comments below!