Atlas Lens Co has announced their Orion Series: a set of x2 Anamorphic lenses that are relatively affordable, are rated at T2 and offer plenty of controlled character. 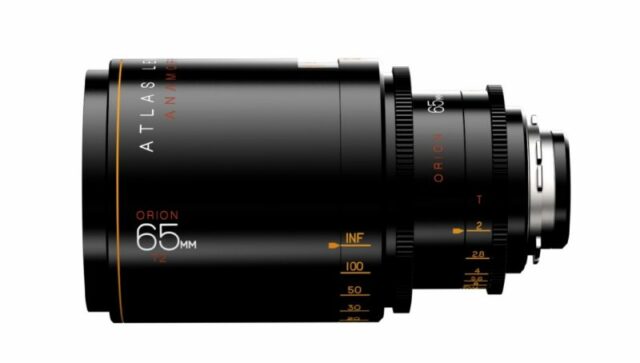 New lenses were a bit of a theme at NAB 2017, with the Orion Series from Atlas Lens Co. right up there as one of the products that raised the most eyebrows. Like many other cost-effective aspects of filmmaking, affordable anamorphics have always been riddled with compromise, such as awkward lens mounts, funny front shapes, dual focus barrels, poor image quality, or a combination of all of those.

Paralinx founder Dan Kanes has a new partner and venture in Atlas Lens Co., and they’re aiming to stir things up in this sector by announcing three brand-new, cine-conformed x2 anamorphic lenses, with another more promised in the near future.

All have a maximum aperture of T2, a 110mm front ring diameter and are suitable for image formats up to Alexa Open Gate.

The Orion Series will feature a user-interchangeable lens mount, offering both PL and Canon EF compatibility, which is very nice indeed.

Flares when you need them, not when you don’t

It’s clear that Atlas Lens Co. has aimed to produce a set of relatively affordable anamorphic lenses that have character in contrast and flare, without adding any distracting flaws.

Below is a lovely-looking test piece shot on ARRI Alexa Mini 4:3 with the 65mm Orion Anamorphic at T2.

Here is the same lens on the RED Weapon Helium at NAB for some more flare action.

Will this be your next set of lenses? Let us know in the comments below!