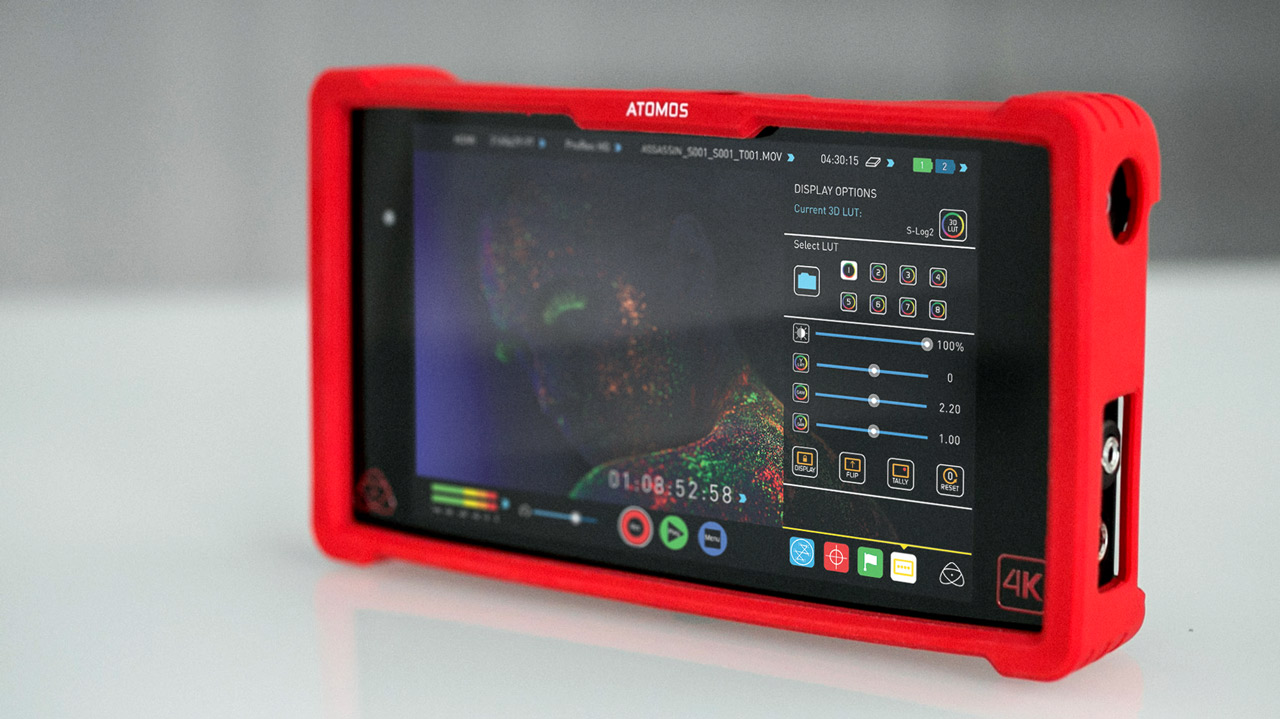 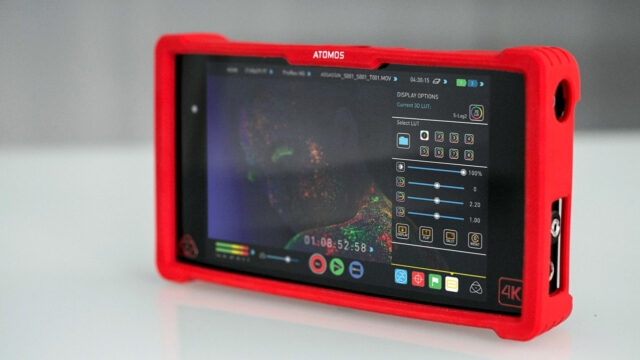 Atomos have just announced a new 4K HDMI recorder. The “Ninja Assassin” has the same high resolution 7″ display as the famous Atomos Shogun recorder, lacking its SDI connectivity, but offering a lighter design and more affordable price. Check out our Hands-On Review.

A year ago Atomos introduced the Shogun, a 4K SDI recorder that was the first to get 4K footage out of the famous Sony A7s. In comparison to the internal XAVC encoded files, the Shogun’s ProRes data made all the difference and seriously upgraded the camera. 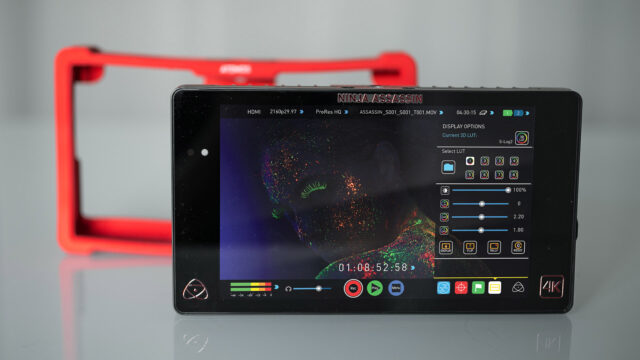 Today the Atomos Ninja Assassin basically comes as a “light” version of the Shogun, mainly foregoing SDI connectivity, but coming in at a price of $1,295 which is 35% less than the original Atomos Shogun. 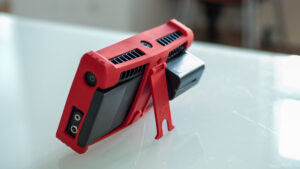 Another striking detail is the red border around the screen, which is in fact a protective rubber sleeve they include with the Ninja Assassin. The sleeve is a welcome addition that will help protect the device and also includes a handy flip-out stand.

Other differences to the Shogun: 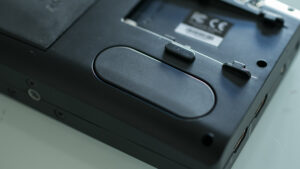 It’s obvious the Ninja Assassin is mainly targeted at shooters using cameras like the Sony a7s and a7RII, Canon XC-10 and Panasonic GH4 which provide a 4K HDMI output. 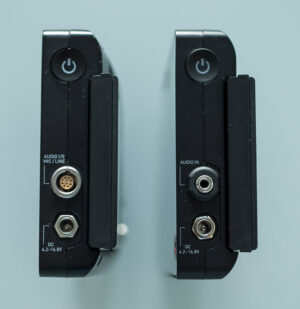 While some of these cameras offer internal 4K recording capabilities there are other reasons why people choose to shoot with a disk recorder.

One of which is the fact that h.264 encoded footage in 4K (UHD) is still very hard to edit natively and thus the recorder’s ProRes and DNxHR codecs make editing a lot more feasible and helps retain more color accuracy for grading. 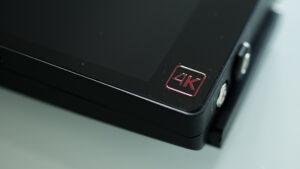 Of course the added screen real estate and LUT preview capabilities for monitoring purposes pose another advantage when shooting at high resolution formats and personally I always like to have a backup of my footage. 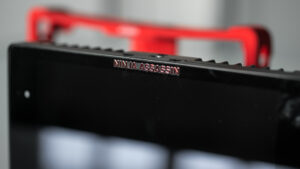 The Ninja Assassin offers all the features Shogun users enjoy and Atomos has more things planned down the firmware road. The feature-rich software and potent OS is certainly something we like about the Shogun / Assassin line, even though some things are still missing here and there, like native 4K (not UHD) via HDMI.

Basically the Ninja Assassin is an almost identical twin to the Atomos Shogun. As mentioned in our extensive Video Devices PIX-E5 vs. Atomos Shogun review the device is great as a recorder and monitor, especially boasting lots of great features on the software side and being easy to use with nicely displayed overlay information, while being a bit weak in terms of build quality.

For people who want to spend less, but would like to exploit the capabilities of their 4K HDMI cameras or simply need a good monitor with a full HD display, the Atomos Ninja Assassin comes as a welcome offer.

The direct competitor to the Atomos Ninja Assassin is the Video Devices PIX-E5H that started shipping just yesterday and also received some feature upgrades via firmware. Stay tuned for our direct comparison between the two recorders.

The Atomos Ninja Assassin starts shipping today and is available for $1,295 HERE. 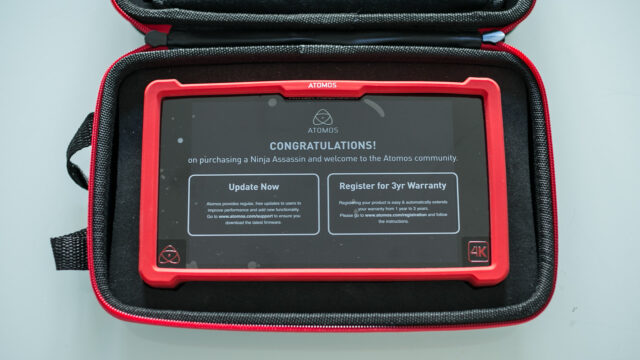 Note that the Ninja Assassin comes as a “barebones version” and without some essential accessories that you’ll need. In our Video Devices PIX-E5 vs. Atomos Shogun review we came up with a basic configuration that should get you started:

Note: The Ninja Assassin comes with one SSD caddy. Also in the box is a soft-shell case, so no additional case is needed.

In total this minimum package together with the Atomos Ninja Assasin costs $1,522.