Atomos have just revealed the newest addition to their lineup of monitors/recorders. The Atomos Ninja V, as in 5, is a 5-inch HDR monitor which is capable of recording almost everything you throw at it. But only via HDMI. 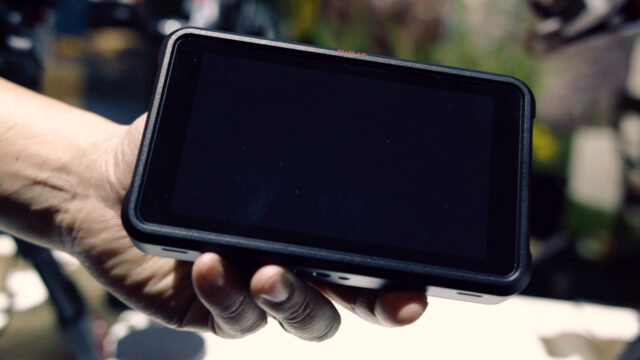 The customers demanded for a more portable version of the bigger devices in Atomos’ lineup, such as the Shogun Inferno, but with the same set of features in terms of HDR and high frame rates. The company listened and here it is: The Atomos Ninja V.

This is a monitor/recorder which really deserves the marketing term “portable”. For most users, a 5-inch screen is a good compromise between a reasonably large screen, while the overall size and weight are kept as low as possible. The weight is 320g (11 oz). 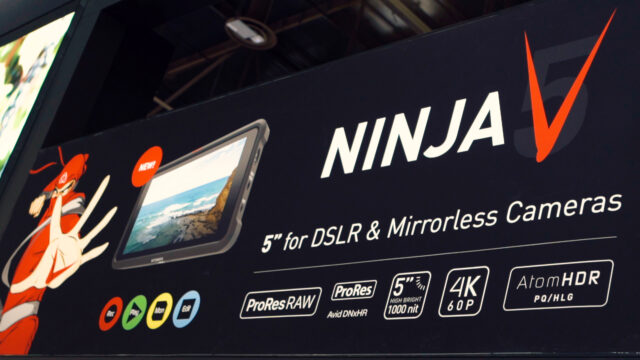 The Ninja V packs a lot of features for its small form factor. It’s a full HD 1920×1080 display, it supports recording up to 4K60p and with a standard NP570 battery (2600 mAh) it will run for up to one hour straight. The display is rated at 1000nits, which makes the unit usable even in bright sunlight.

In terms of recording the Atomos Ninja V supports all the ProRes and DNxHR flavours you would expect it to support but there’s one more: ProRes RAW! The elephant in the room is this, though: There is no camera which outputs ProRes RAW over HDMI, yet. But once there is one, the Atomos Ninja V is ready for it. Also, the device is capable of HDR (PQ and HLG standards), just like the bigger Atomos devices. 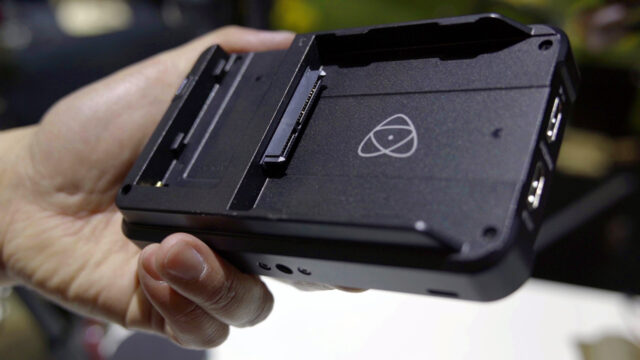 The capability of recording RAW is pretty impressive for such a small and lightweight device, all the other devices which can record such an amount of data are much bigger: The Shogun Inferno, the Ninja Inferno and the Sumo, of course.

The engineers have managed to reduce the size of the SSD, called Master Caddy III, which made it possible to place the battery mount next to the SSD slot. This reduces overall bulk. 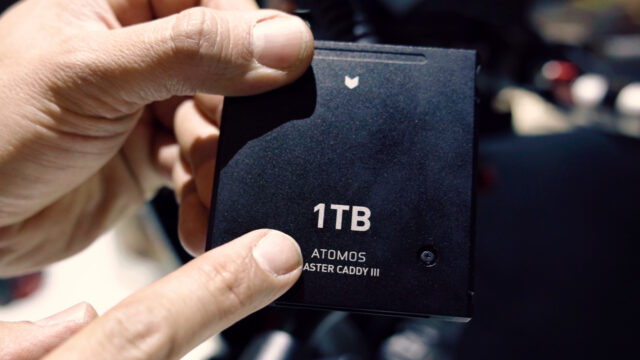 The only downside is the lack of a SDI input on the Ninja V. But since it’s meant to be used with DSLRs and mirrorless cameras, it’s understandable why Atomos didn’t include those.

The Atomos Ninja V is $695, which makes it a reasonable companion for DSLRs and mirrorless cameras. Shipping is scheduled for Q3 2018, which, according to Jeromy Young could be as soon as July. We’ll see if they can hold that deadline.

What do you think? Is this the kind of monitor/recorder you’ve been waiting for? let us know in the comments below!