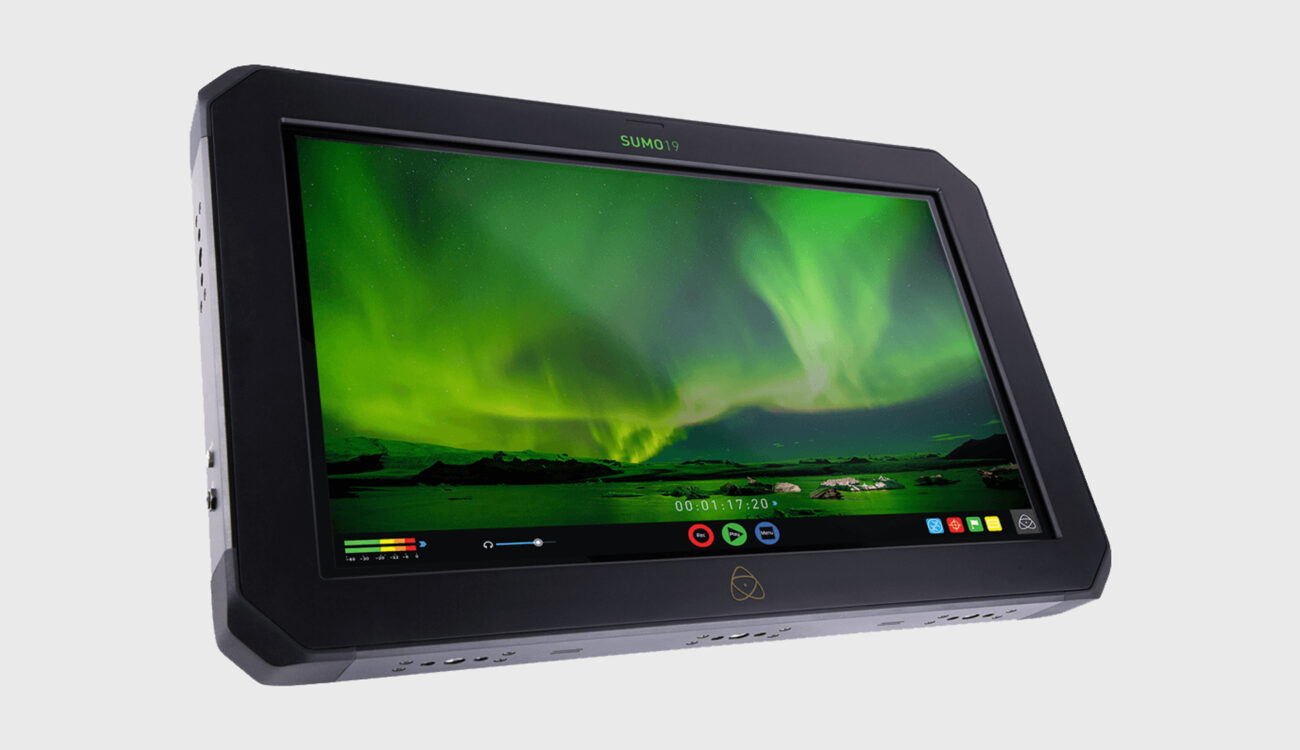 Atomos has just revealed the  Atomos Sumo, a 19″ HDR Monitor-Recorder that can handle 4K 12-bit Raw, 10-bit ProRes/DNxHR, as well as 1080/60p live switching and recording. 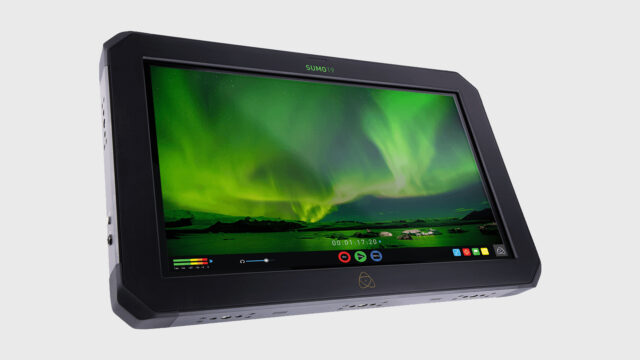 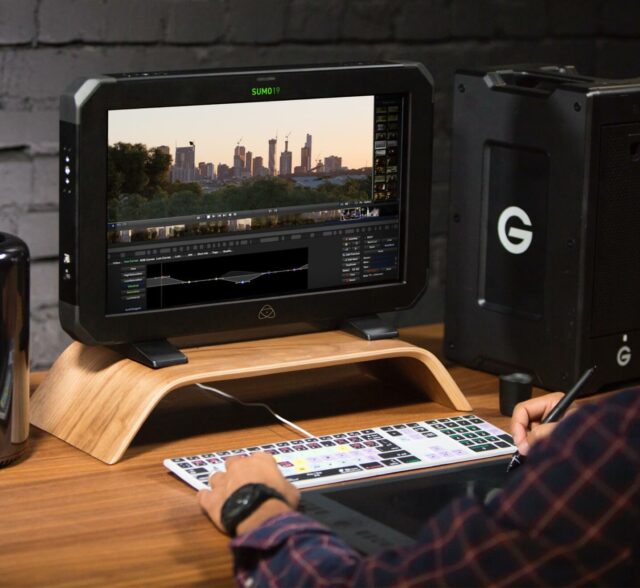 The Atomos Sumo has a 19” 1920×1080 10-bit LCD panel with 1200nit brightness. It is driven by the AtomHDR engine, which “maps the Log/PQ/HLG from popular cameras, game consoles or TV makers to perfectly resolve 10+ stops of HDR in real time”. The calibration on the Sumo lets you use the i1DisplayPro from X-Rite to always ensure accurate HDR and Rec709 monitoring.

If you are in need of an HDR monitor for your editing and grading station, Sumo might also prove to be an affordable option. It features a VESA mount and an included stand for a variety of mounting configurations, and an optional mounting plate allows you to connect either two V-Lock or Anton Bauer batteries. The Sumo also features a continuous power system that allows for hot-swapping batteries on the go without any power interruption. 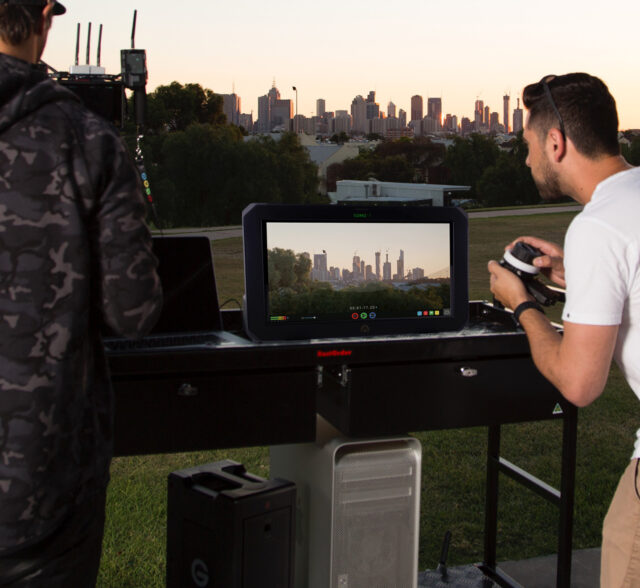 The Sumo can capture 12-bit 4K30p as CDNG or 10-bit Apple ProRes / Avid DNxHR up to 4K60p / 2K240p Raw using the SDI outputs of the Sony FS5/FS7/FS700, Canon C300MKII/C500 or Panasonic Varicam LT. As with previous models, Atomos are sticking with widely available 2.5″ SSDs that provide an affordable solution for long recording times.

The Atomos Sumo also incorporates live-switching, a nice feature found in the Convergent Design Apollo. Sumo allows you to switch and mix a live record, and stream or record four HD ISO recordings using the QuadLink SDI connections. You are able to switch between feeds on screen with cueing, cross fade and hard cuts from the locked sources, or tag and adjust final edits with advanced metadata tagging preserving ISO feeds. This means that the final result is still editable afterwards too.

Sumo has HDMI 2.0 & 3G QuadLink/6G/12G SDI connections. Quad SDI inputs connect cameras with multiple 1.5 or 3G SDI outputs without the need for converters, while HDMI 2.0 supports up to 4K60p input/output along with the open protocol that supports HDR automation including importing of camera settings. There is also support for Genlock and LTC timecode. 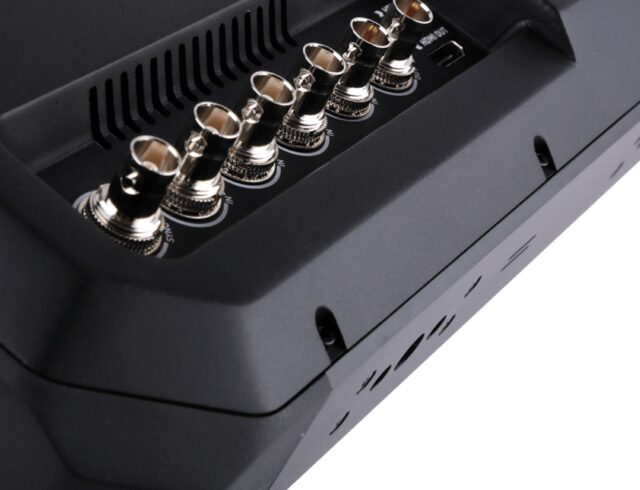 Now this is pretty cool. Sumo has full-size XLR connections to connect external microphones, and includes 48V phantom power to supply to them. Dedicated meters and adjustments for frame delay and gain, as well as a 3.5mm stereo headphone jack and built-in speakers, complete the package for a true all-in-one recorder.

Alongside Convergent Design, Atomos is at the forefront of Monitor/Recorder technology. The Shogun was a less expensive alternative to the Odyssey 7Q+, and with updates that kept on flooding in, it became an extremely robust and reliable monitor and recorder. Atomos have embraced High Dynamic Range technology in their Atomos Sumo, offering an incredibly affordable new product. Watch out DITs and VT operators, this one is for you!

We have been told that the 19” Atomos Sumo will launch in the third quarter of 2017 for approximately US$2,500.

Obviously, we have only just gotten word of this new product, and haven’t seen it in person. Our team on the ground at NAB will take a closer look at the Sumo, with an in-depth interview with Atomos for all the details. Stay tuned for more!