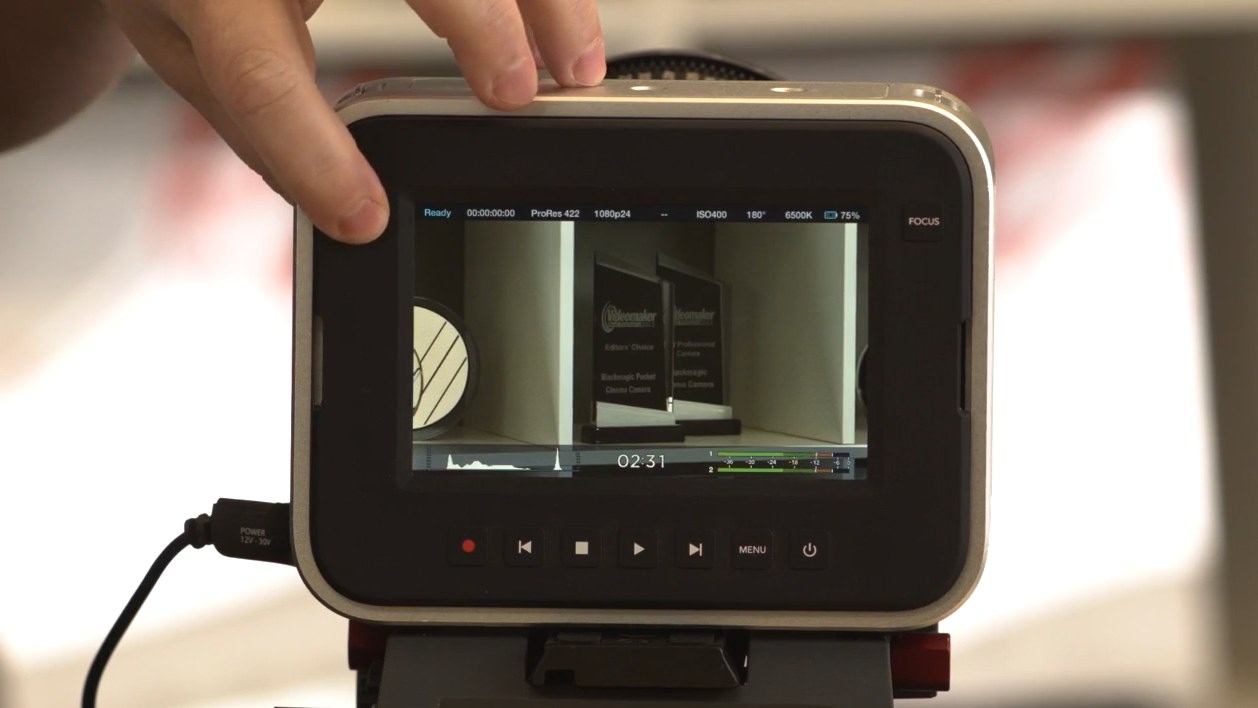 Today, Blackmagic Design released much-needed firmware updates (version 1.9) to their popular Pocket Cinema and Cinema Cameras. Now finally, these cameras will be able to show the recording time remaining on the cards, audio levels as well as histogram information. The same update was published for the 4K Production Camera about a month ago already – watch my friend James Miller’s little test film by clicking here. Yep, those seem like pretty basic features for a camera, but with other functionality (such as raw recording) for a price tag that is hard to beat, many Blackmagic users were willing to live with these shortcomings until now.

Not knowing how much space was left on cards meant that it was easy to run out of space in the middle of an important shot if you weren’t careful. Those times are gone. And recording audio on these cameras was a lot of guesswork too with the lack of audio levels – another problem solved. And finally, the histogram adds another way of judging exposure other than zebras.

It boggles my mind that there is still no way to format a card in Blackmagic’s cameras however, but this will be addressed in a future firmware upgrade.

Download links (for Windows and Mac versions – each link contains versions for both the Cinema and the Pocket camera):

Here’s the video from the 1.9 upgrade for the 4K camera, but it added the same features now introduced to the Pocket and Cinema Cameras: