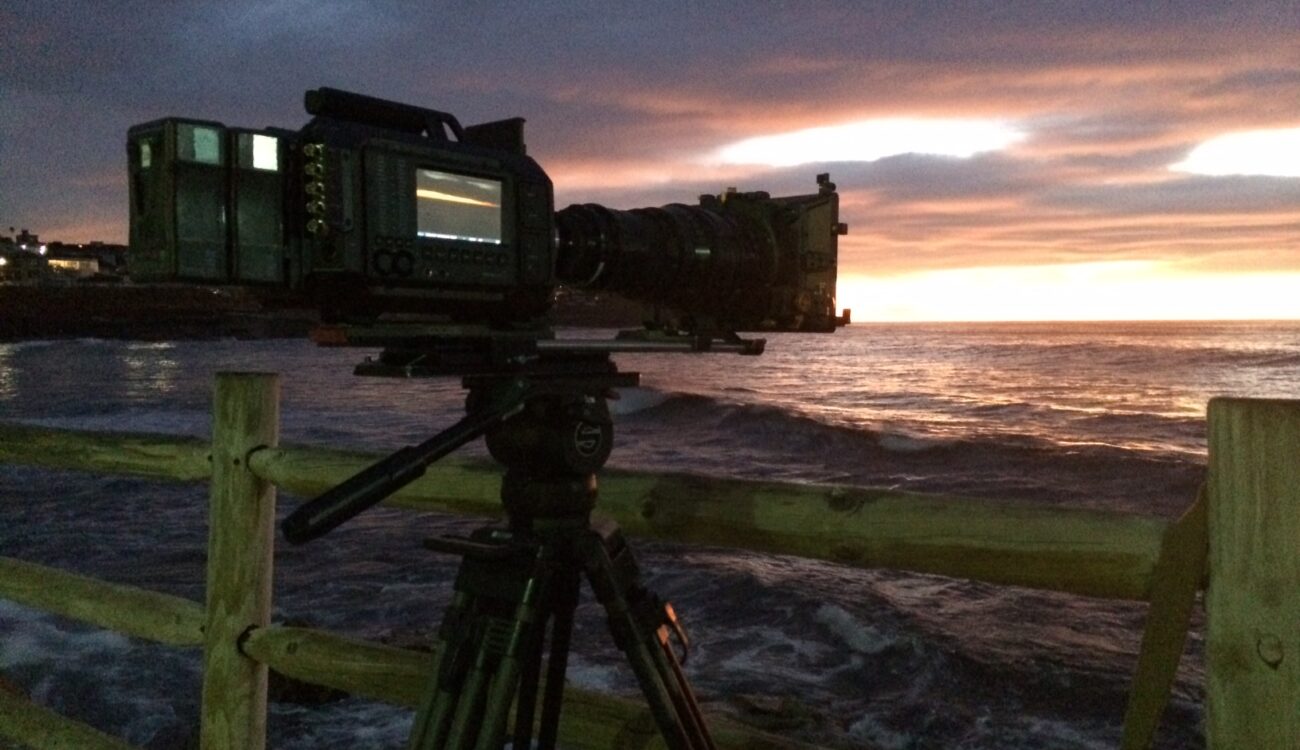 It’s been a while since we first heard of the Blackmagic URSA  at NAB 2014 in April. It’s a physically massive new 4K camera by Blackmagic Design, with an interchangeable sensor design and a hefty built-in 10″ screen.

John Brawley, an Australian cinematography who’s been blessed with preproduction units of Blackmagic’s cameras before, got a chance to test the URSA out in the wild (click here for his blog post) and decided to head for Bronte beach during sunrise, getting some pretty beautiful imagery.

It’s hard to judge a camera by a single isolated scene of course, and beautiful light makes most cameras shine. Brawley used a vintage Cooke 25-250 Mk3 T 3.7 zoom lens, which is soft at the edges and has (according to him) “a lot of chromatic aberration”. While I do admit that it suits the dreamy quality of the subject matter, it makes it very hard to judge the camera’s performance. He shot in UltraHD (the not-quite-4K at 3840 x 2160 pixels used by broadcasters) in 4K at 60fps. There definitely is a lot of chromatic aliasing indeed, especially on the wider shots of the waves in the beginning (e.g. at 00:10), but it’s also hard to tell if anything is added by Vimeo compression (Brawley hasn’t released the original ProRes HQ version of the file yet).

One of Brawley’s replies in the comments hints that the URSA currently indeed uses the exact same sensor as the Blackmagic Production Camera 4K, which means low light sensitivity would be inferior to most other cameras currently on the market (he shot 400 ISO at T4, which is actually not bad for 60 frames per second in that light). The URSA’s also still seems to have the “black sun” issue that we first saw from the Production 4K camera as Brawley admitted to having fixed those issues in the footage.

In another comment, Brawley said it is indeed a very heavy camera that is very hard to operate alone, “I wouldn’t be able to manage [it] alone if it was any bigger”.

ProRes HQ is beautiful but not a very efficient (in other words: modern) codec anymore, which means it burns through memory fast. However, it offers great quality – Brawley burned through 3 x 128GB SSDs within his shooting period of around 90 minutes. He didn’t add how many minutes of footage that was, but according to the URSA tech specs on the Blackmagic website, 4K ProRes HQ is 880MBps (but they don’t say if that doubles when shooting 60fps).

It’s yet to be seen how the URSA will be accepted in a camera market where most offerings tend to get smaller and lighter, except for maybe something as super high-end as the Arri Alexa and Amira (though Arri did release the Alexa-M for shoots in smaller spaces). It’s a big chunk of a camera and what a 10″ built-in monitor can add for a camera operator other than a lot of bulk and added power consumption remains to be seen. Brawley used two V-lock batteries on his shoot – that’s power consumption comparable to a Red Epic or worse.

But I’m happy to be proven wrong, and of course we would love to test it ourselves. The URSA will be available in EF mount and PL mount configurations starting at around $6,000 and should start shipping soon.