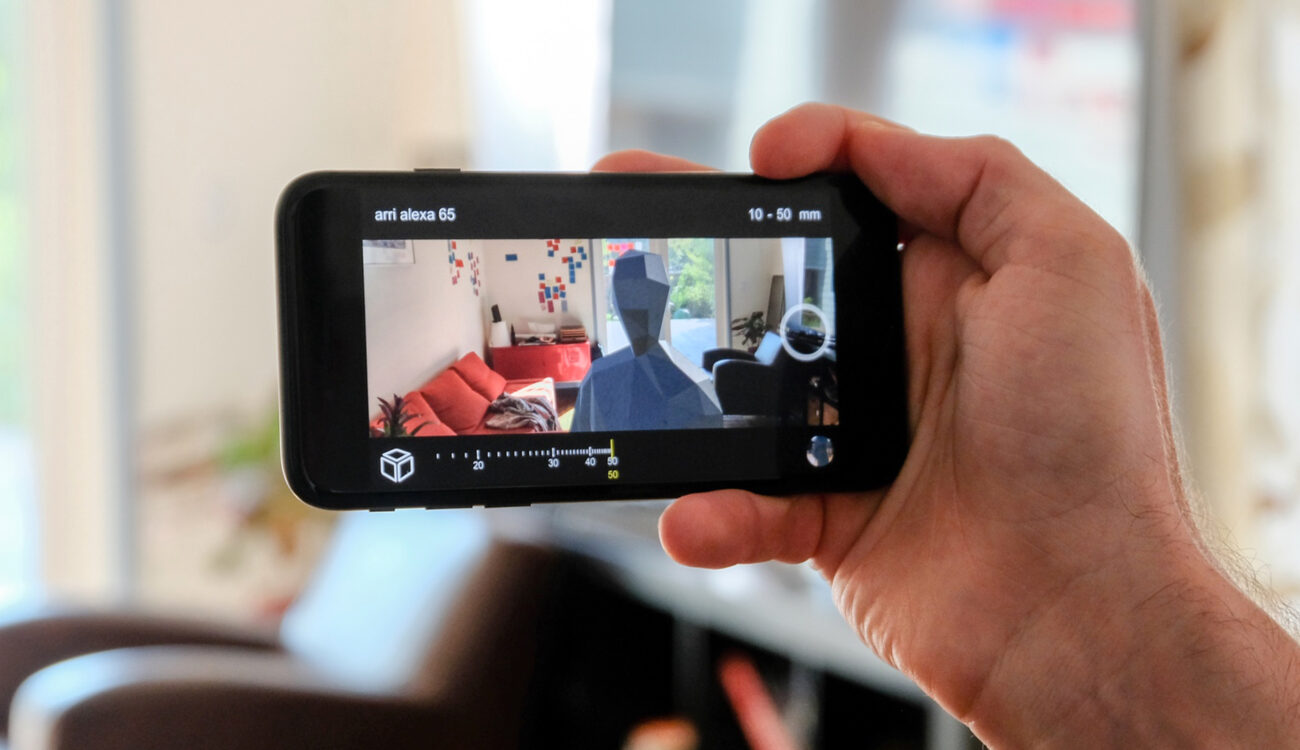 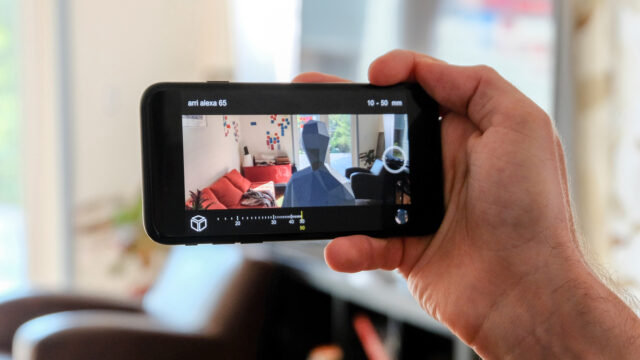 The blocky guy is not really there.. or is he?

Imagine this: you’re scouting a location for an upcoming shoot and want to make sure that everything will go smoothly once cast and crew arrive. Well, just grab your iPhone and block the scene with virtual characters and props, cameras and lenses, right there on location. That’s exactly what Blocker for iOS is capable of.

Just to get it out of the way: this app is not available for Android, and you’ll need a reasonably current iPhone or iPad. The key is the AR Kit introduced with iOS 11, allowing iDevices to handle augmented reality and providing APIs (Application Programming Interface) for third-party developers.

Blocker is basically a camera app with a twist. It acts as a director’s viewfinder, but the real magic is that it allows you to place virtual objects into the live camera image. Watch the video below to get the idea:

The first version of Blocker came out in summer 2017, and right now we’re at version 1.3. A lot of detail improvements have been implemented, such as an added button for deleting models instead of swiping. The unit of measurement can now be changed between imperial and metric. There’s also an extended character and furniture pack available. 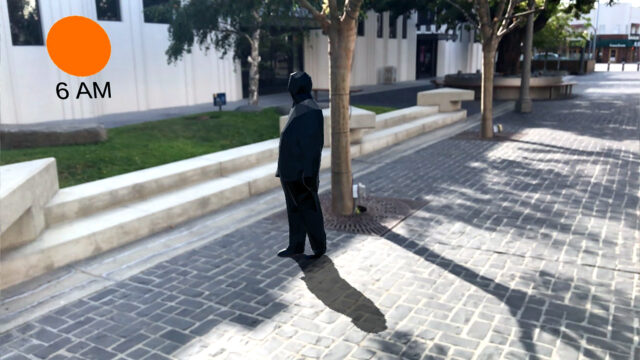 Excuse me mister, can I help you?

The app itself is free but there are several in-app purchases which unlock the full potential of Blocker:

Beside the obvious (and super cool) AR features of Blocker, you can also use it as a directors viewfinder. Also, you can calculate the path of the sun on any given day on the location you’re at with the help of a virtual sun.

As you can see you’re able to simulate any position of the sun along its daily path, and the augmented 3D models in your shot will cast shadows accordingly. Very neat!

When you’re finished blocking your virtual scene, you can capture stills of it. These can carry lots of useful information regarding camera model, focal length, camera height and so on.

The Future is Now

I don’t know if apps like Blocker will replace a proper director’s viewfinder or dedicated apps for calculating the path of the sun. Also, specialized apps like Shot Designer will still have their raison d’ être. But this is certainly a little app that can do it all, so let’s see where this leads us! I’m sure we’re only scratching the surface of what’s possible with AR these days!

Would you use this app for blocking a scene or is it too fiddly to work on such a tiny screen? Let us now what you think in the comments below!