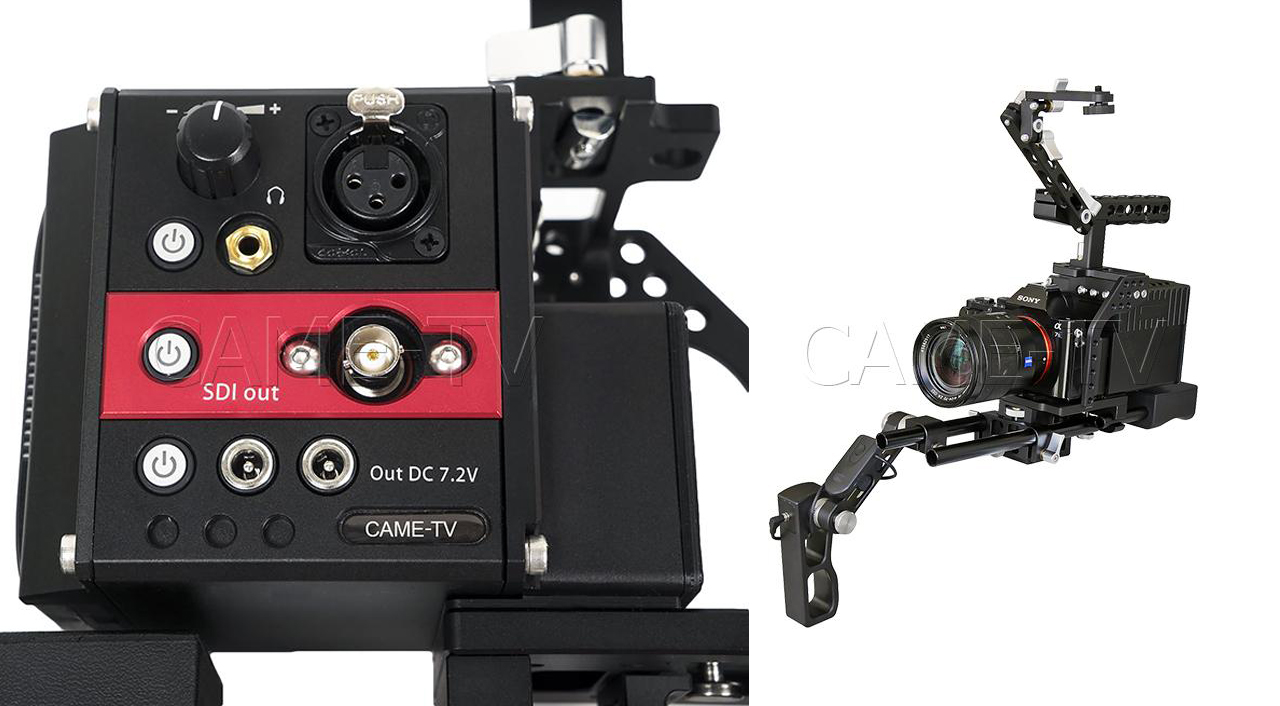 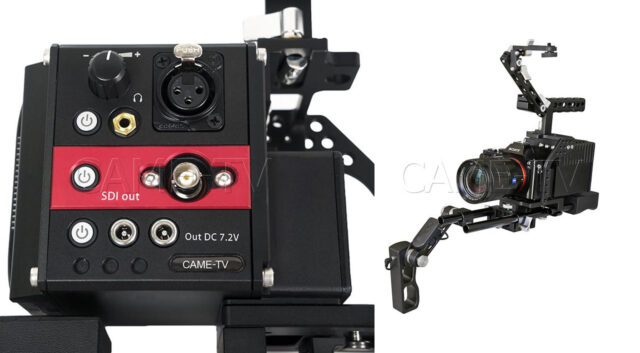 Mirrorless cameras pack quite a video-punch nowadays. Their compact nature can be hugely useful for many sorts of filmmakers, but there’s often a case where mod cons of large camcorders are required.

CAME-TV has announced a product that looks to solve some of those mirrorless, mod-cons deficiencies.

The CAME-TV Terapin Rig is a both a shoulder rig and breakout box; it bulks out your mirrorless camera physically, providing a heavier, more balanced weight on the shoulder.

The shoulder rig is based on standard 15mm rails with an external monitor arm, shoulder pad, plus an optional mattebox & follow focus.

The most intriguing aspect of the Terapin Rig however is the breakout box.

Plumbing into your mirrorless camera with a selection of short cables (as well as a dumb battery), the Terapin box converts HMDI to SDI, 3.5mm audio to XLR with 48v phantom power, provides two DC outputs and also a Sony NP battery plate on the rear.

Audio monitoring can also be controlled through the Terapin rig, and what’s handy is the large, physical pot to adjust headphone volume quickly.

There’s adjusting with the baseplate and shoulder pad to refine balance; the rosette handle also has start/stop triggering. Plus, check out that cool indent for your flipped out monitor?

There are two versions, the CAME-TV Terapin Rig for Panasonic GH4 and GH5. And a Sony version for the Sony A7SII, A7RII and A72.

Within each model there’s a base spec – shoulder rig, breakout box, monitor arm, handle, then an advanced version that adds the aforementioned mattebox and follow focus.

It will be interesting to see how the CAME-TV Terapin Rig performs. Converting video signals and powering audio is never a straight-forward thing; usually something that would exceed the entry-level price tag (especially considering the added rigging bits).

Will update this article with prices and purchase links, but the base spec is looking to be sub $560, and the advanced sub $1200.

Do you think that such a rig is useful and can you see yourself using one of those? Share with us your opinion in the comment section below.