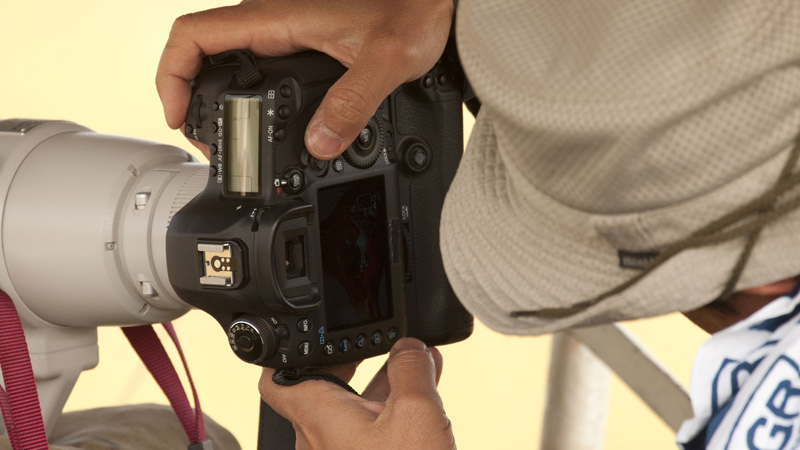 If you haven’t seen you should. Since yesterday there’s talk about these photos of a new camera by Canon that looks like it could be the yet unannounced 5D mark III.

As you can see the camera from the photo above has the typical 5D form factor with a battery grip attached to the bottom. There’s no flash and there’s the back side layout that looks a lot like the Canon 7D. Could this be a 7D mk2?
Canon Rumors says that “this could be a 7D Mark II (…) however the missing popup flash and larger prism would say otherwise.”

Among the many promising announcements by Canon in late 2011 one of the most intriguing was the announcement on development of a 4K HDSLR:
“Incorporating an enhanced version of the video-capture capability offered in the current EOS-series lineup, the new camera will be ideally suited for cinematographic and other digital high-resolution production applications. The model will be equipped with a 35 mm full-frame CMOS sensor and, enabling the recording of 4K video”
All I’m saying is we’re still waiting for that one too.

The photo above was taken by Stephen Oachs from Aperture Academy. On a follow up he posted the RAW files for those that believe the image was altered in any way.