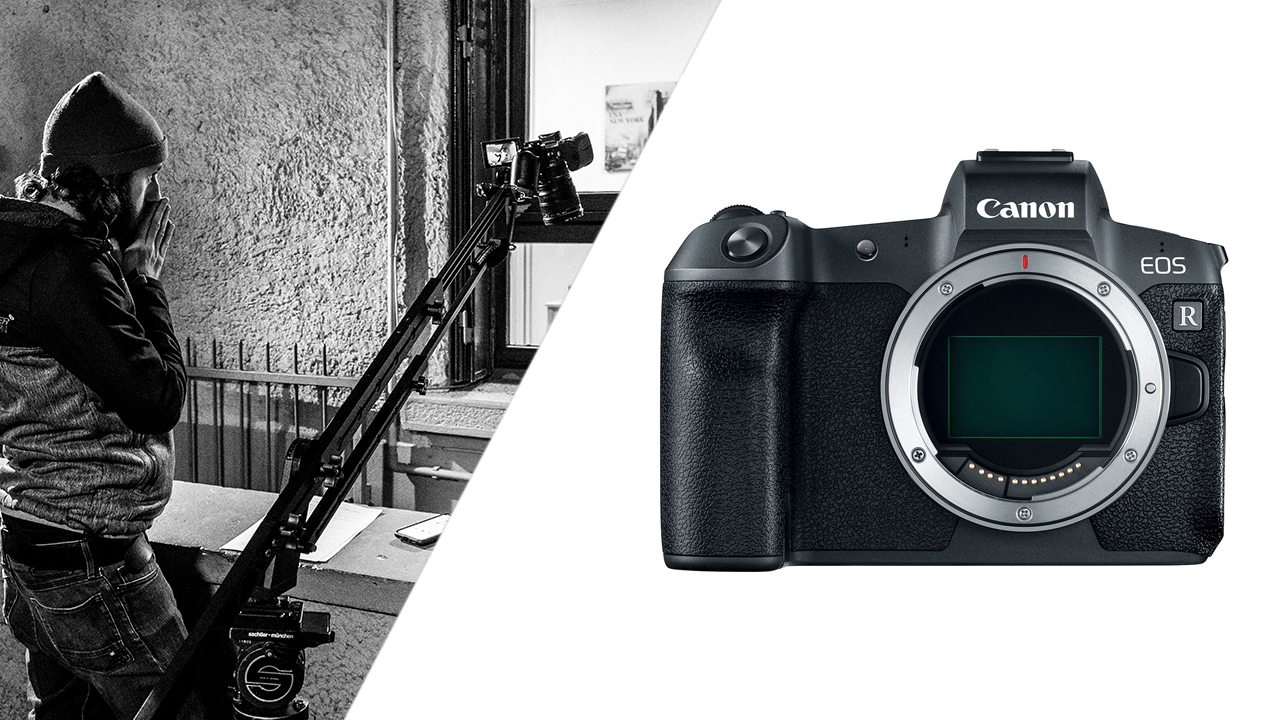 The Canon EOS R is available since October 2018, and while it is a solid, lightweight full-frame camera, the least that we can say is that public opinions are not unanimous about Canon’s RF new flagship camera. On a recent shoot, I had the opportunity to use it as a B camera along with a Canon C200. Here are my thoughts about it.

Let me start by saying that this is not a comprehensive review of the video capabilities of the camera, but rather my personal impressions from a particular experience on a shoot. To read our EOS R review, click here!

Blam’S – Donne Moi Tout / You can look out Canon EOS R shots during the bar scene (when the camera is attached to the artist). Also, the entire scene where he is laying on the ground (1:58 to 2:13) was shot using the EOS R on a Kessler Crane Pocket Jib Traveler.

Disclaimer: Let me first say that I am not a Canon Ambassador. Like every other article on cinema5D, Canon or any other brand did not pay me to write this article. I rent the camera body with my own money, and this is my unbiased opinion. Also, this article is not a camera review, but just my findings on the camera when using it on a real-life job. 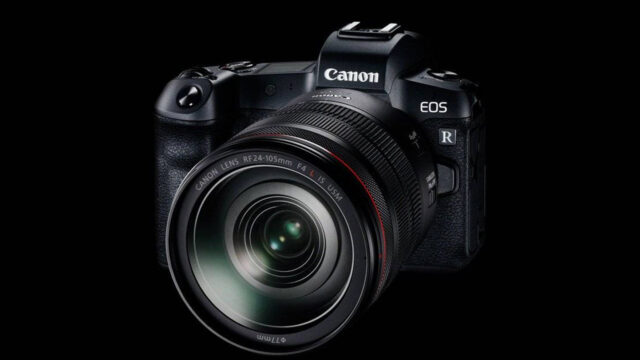 The Canon EOS R is probably one of the most commented cameras of 2018. The recently announced Canon EOS RP is following the same path, but it’s another topic.
The reason why so many people hate on the Canon EOS R is that – on paper – the camera falls a little bit short when it comes to video recording capabilities. While reading the specs sheet, this is something I understand, as I was a bit disappointed too.

Here are the main features of the Canon EOS R:

So for a 2018 camera – when comparing it to a Panasonic GH5 or Sony a7 III -, these are not impressive features. Also, the $2,299 price tag (body only) didn’t help. However, how does it perform in real life? 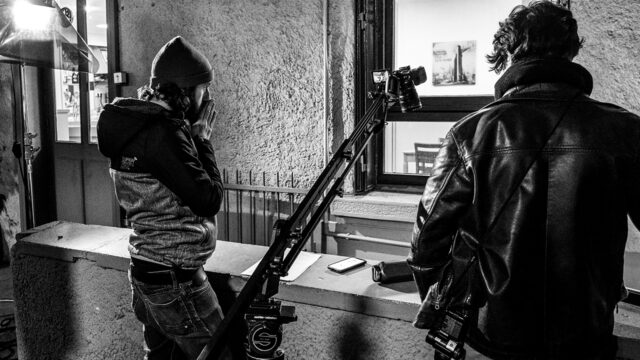 In January 2019, I had the opportunity to direct and shoot a music video for French artist Blam’S. I already made five music videos for him in the past. Back in the days, we started with low-budget indy music videos that did pretty well on YouTube. Recently Blam’S got signed in a music label, so we got a little more budget than usual to make this music video happen.

For this shoot, I decided to go with the Canon C200. It is an incredible camera with RAW capabilities, a very “Arri Alexa” type of image/colors, and some pretty decent low light capabilities. Also, the budget was too tight to hire a 1st AC, so the Canon EF lenses combined with the fantastic Canon’s Dual Pixel AF were a no brainer. We only had one day to shoot this music video and needed to move quickly between shots, as our crew was limited. The Canon C200 was the perfect fit for this music video. 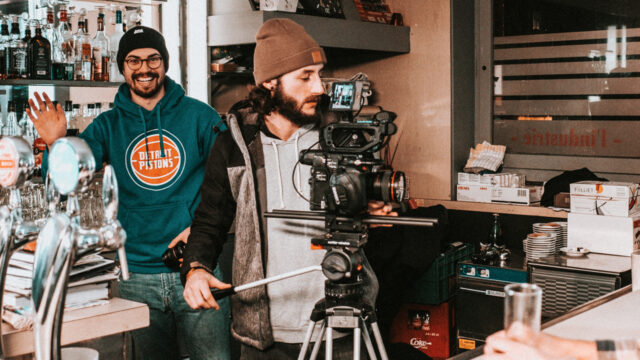 While writing the initial treatment for this music video, I knew some of the shots we planned were a little bit tricky. For example, some of the shots required the camera to be attached to the artist. I decided to use a Snorrycam for these shots and did some test with the Canon C200. It was too optimistic, and I ruined my back doing a 2 minutes test. We needed something lighter.

I initially thought about using my Panasonic GH5 as a B camera for these shots. The GH5 is a great Micro Four Thirds camera, but I was a bit afraid it wouldn’t match the Canon C200 C-Log footages – even with an extensive color grading. At the same time, a local rental house got a Canon EOS R, so I thought it would be a good time to test it.

For the Canon EOS R shots, I decided to go as compact as possible: the camera, an RF-EF lens adapter, and a lens. No external recorder, so all EOS R shots are shot in 4K UHD 25p 4:2:0 8bit. I set the camera to record in Canon Log.

Working with the Canon EOS R is a real pleasure. The battery life is decent, the swivel touchscreen is a nice addition, and the camera menus are straightforward. Also, I am surprised the Dual Pixel AF works flawlessly even with EF lenses – I thought it would struggle a bit like a Metabones adapter for example.

The real selling point for me is how close the Canon EOS R’s C-Log image matches with the Canon C200. If you use the provided Canon C-Log to WideDR or Rec.709 LUT, the footages are nearly identical. In my findings, the Canon EOS R image is slightly more magenta, so I merely added a bit of green in post-production. And that’s it. 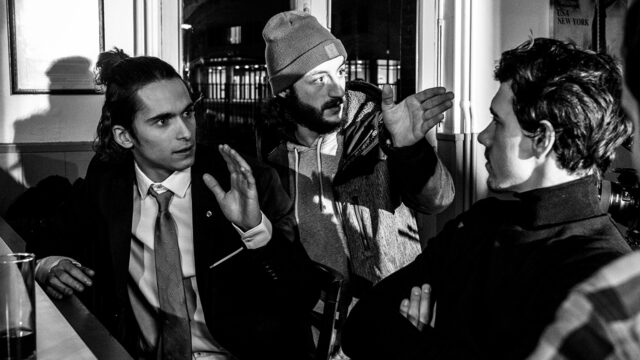 After using it, I find that all of the critics regarding the EOS R are a little bit rude. When recording video in 4K mode, the 1.8x sensor crop was not something I was limited by. The 12 stops of dynamic range – in a controlled environment – are enough for me. Unfortunately, I can’t speak about daylight scenes, as I did not test it. The overall image is pleasing with little to no work.

The music label loved the final music video and was astonished by the global picture quality. The fun fact is that the scene where the artist is laying on the ground is the one that the music label liked the most. And it was shot using a “pretty cheap” 4:2:0 8bit camera.

In the end, if you are a Canon C200 shooter, should you buy a Canon EOS R as a B camera? If you don’t own any other camera body, the short answer is probably yes. For gimbal shots, the Canon EOS R on a DJI Ronin-S, for example, is a time (and arms) saver.
If like me, you have another DSLR/mirrorless camera as a B camera, I would probably wait. With some work, it’s always possible to make any footages color-match the Canon C200.

The Canon EOS R ecosystem is pretty new. The RF to EF adapter with built-in variable ND filter is one of these things that change the way you use a camera. I have no doubt some new RF lenses and accessories will come pretty soon. Let’s look at the Canon EOS R as a first step.

Did you already shoot with the Canon EOS R? What are your thoughts about it? Let us know in the comments down below!