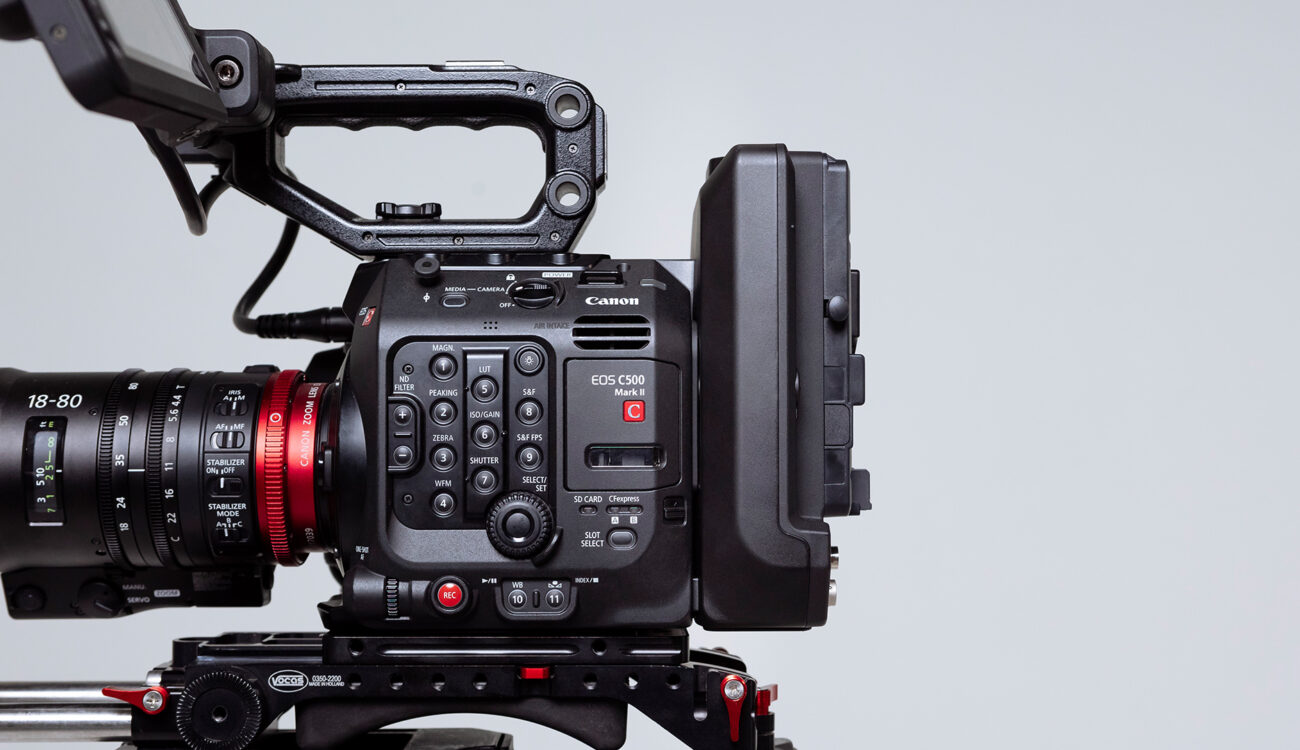 Along with the CN8x15 IAS S E1/P1 cine-servo lens launch, Canon released a new modular expansion unit and firmware update for the EOS C500 Mark II and EOS C300 Mark III. The EU-V3 is a module that expands and supports the camera’s functionality for multi-camera and live productions with an SDI return port, Tally support via Ethernet, a 12-pin communication port for lenses, and much more. Let’s take a closer look at the new live broadcast possibilities for C500 Mark II and C300 Mark III users!

The full-frame Canon EOS C500 Mark II was released in September 2019 (article here) and the Super35 EOS C300 Mark III a couple of months later in April 2020 (article here). Both cameras have been very popular among independent filmmakers and production companies worldwide.

Also, they share some features such as internal Cinema RAW Light recording, Dual Pixel autofocus, and a similar modular design. This modular design allows you to attach an expansion unit at the back of the camera, so it fits your needs and shooting style.

To further expand its camera capabilities, Canon has launched a new modular expansion unit: the EU-V3.

Many large format sensor cameras have recently been used for broadcasts, events, and live sports production. However, most cinema cameras are not meant/designed for these purposes, and they might lack specific input/output ports or crucial features for such uses. Therefore, to support particular functionality for multi-camera and live production shoots, Canon released the EU-V3 expansion module for the EOS C500 Mark II and C300 Mark III.

The expansion module screws at the back of the camera and gives you access to:

As you can tell, all these additional features and ports are broadcast/live-oriented. In addition, the Canon EU-V3 is compatible with the recently launched CN8x15 IAS S E1/P1 cine-servo lens.

Here are all the updates:

As you can tell, even if you’re not shooting broadcast/live production a lot, the slow-motion autofocus improvements and Frame.IO C2C support might be well worth the upgrade!

The Canon EU-V3 expansion module is soon for $2,999. In addition, the firmware updates for the EOS C500 Mark II and EOS C300 Mark III are available now for free.