At IBC 2019 Cartoni is announcing a pair of new affordable yet professional grade Tripod legs, called Cartoni Red Lock. These new legs are set to compete with cheaper tripods flooding the market right now, and offer support for both 75mm and 100mm bowl heads.

At Cartoni competition from chinese manufacturers is taken rather seriously it seems. In response to competition from lots of other manufacturers flooding the market with cheap alternatives for cameras that are a lighter and thus need less tolerance for bigger payloads, Cartoni has developed the Cartoni Red Lock tripod legs. 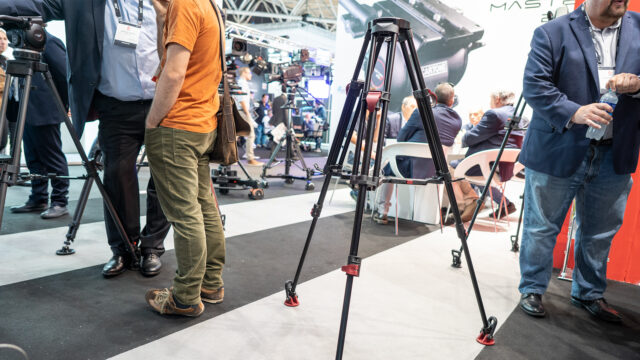 Cartoni Red Lock offers a swappable step-up ring, that will allow you to use both 75mm and 100mm bowl heads. It’s as easy as pulling out the step-up ring and putting in the other size. The step-up rings are made out of a sturdy plastic, which in turn will serve as a spacer preventing the mostly metal bowl heads from scraping against metal bowl of the Cartoni Red Lock. We’ve seen this simple feature appear in more and more tripods. 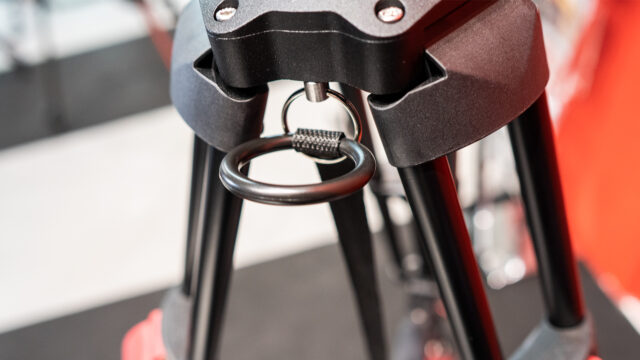 Also added in the new design is a pretty simple quick-collapse system, consisting of a collapse belt, that is attached to the centre of the Cartoni Red Lock’s spreader. The way it works, is to loosen the lever locks of the tripod with one hand, while pulling the belt with the other, which will make the legs collapse towards the center which can then be pushed towards the ground and locked again (have a look at our video for a demonstration).

The specs aren’t exactly ironed out yet, but we know that the Cartoni Red Lock can be lowered to around 1m even with the spreader attached, while being able to reach almost eye level on high side of things. Additionally the legs will weigh in at 3kg (6.6 lbs) only, while the payload capacity will be a whopping 60 kg (132.3 lbs). Pricing also has to be finalised, but the tripod legs alone should come in at around € 300.00, and the package with the spreader and bases should come in at around € 420.00.

With the option to use different sized bowl heads and the huge payload capacity, Cartoni has really delivered on this tripod. They are planning to bundle it with a fitting head, into a full package as well. Keep an eye out and we will update you on new developments and availability.

What do you think about the new Cartoni Red Lock tripod legs? Are you excited about the option to use different sizes bowl heads on one set of legs? Let us know in the comments!