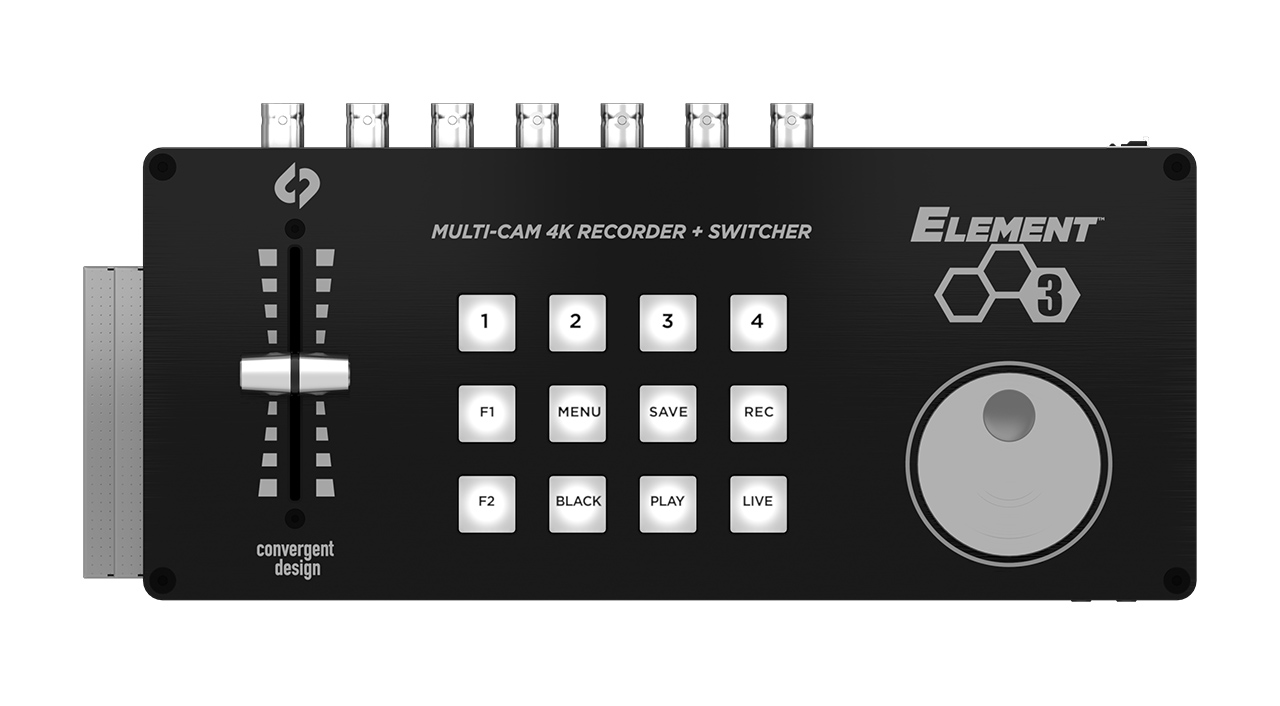 Convergent Design has announced a new line of compact recorders/switchers. The Convergent Design Element Series are capable of recording and switching sources up to 4K 60p HDMI/SDI with their neat hardware interface. 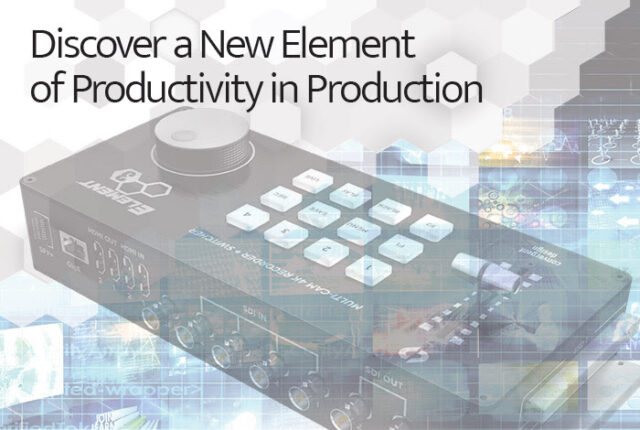 Convergent Design are known in the industry for their reliable third-party recording devices, with a more recent focus on monitoring with the Odyssey 7Q+ and Apollo. The latter was a very intriguing product for live events and multi-cam use, offering a very compact solution to multi-channel HD recording with up to 4 SDI inputs, with a 5th TX record.

The new Element series takes compact recording and switching to the next level. Whilst the Convergent Design Apollo mimics the guise of an on-board recorder (its hardware is actually identical to the Odyssey 7Q+), the Element series look more like a video switcher: all models feature physical buttons rather than a touch screen, as well as a tog wheel. The two bigger models also sport a fade switch. 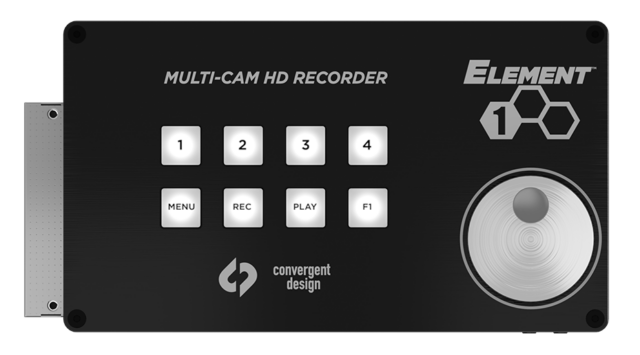 Element 1 is the base-spec model: a 4-channel HDMI HD Recorder, with sync playback and recording to a single SSD.

Element 2 adds the ability to switch between channels, as well as including TX record, a fader switch, keyer and more user-buttons.

Element 3 is their flagship model, offering 4-channel input up to 4K 60p. Input and output is extended with 12G-SDI in addition to HDMI. There are also 2 SDI outputs, M/E Engine, SFP+ support and a second SSD slot.

Furthermore, the Element 3 allows you to record lightweight proxies of the Program Out or Multi-View simultaneously to removable USB Media.

Convergent Design offers its Network Media Access across all models:

“Want to dramatically speed up production by enabling editing, QC review of takes, social media posts, backup, and upload to the cloud? Element’s Network Media Access makes the time-consuming process of uploading footage after the shoot a thing of the past.”

With its compact form-factor, and recording and 4-source switching features,  the Element series really has the ability to shake up the multi-cam/live-event industry. 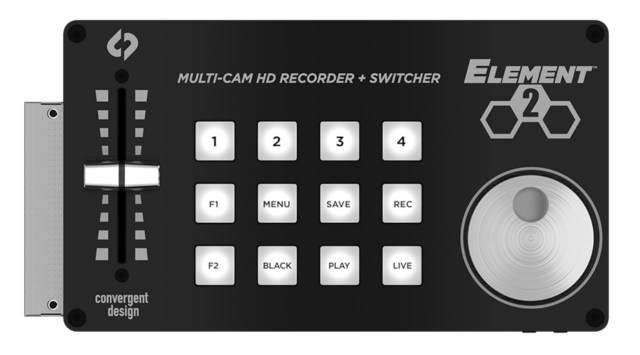 For example, if you paired the Element 3 to an Apollo recorder/monitor, you could record 4 ISO recordings on your Apollo to dual SSDs for backup, and feed out to the Element 3 to handle the switching plus a dual TX record – and all would fit in a backpack. Previously, you’d have had to rely on a lot of hefty rack mount-style hardware for this support and redundancy recording. It’s refreshing (but also quite scary?) to see that it is now possible in such a compact form.

Pricing is not yet available, but we’ll update the article when we know more. Convergent Design will have their Element series available for viewing at NAB at the end of the month.

Would the Convergent Design Element series fit your workflow? Let us know in the comments below!