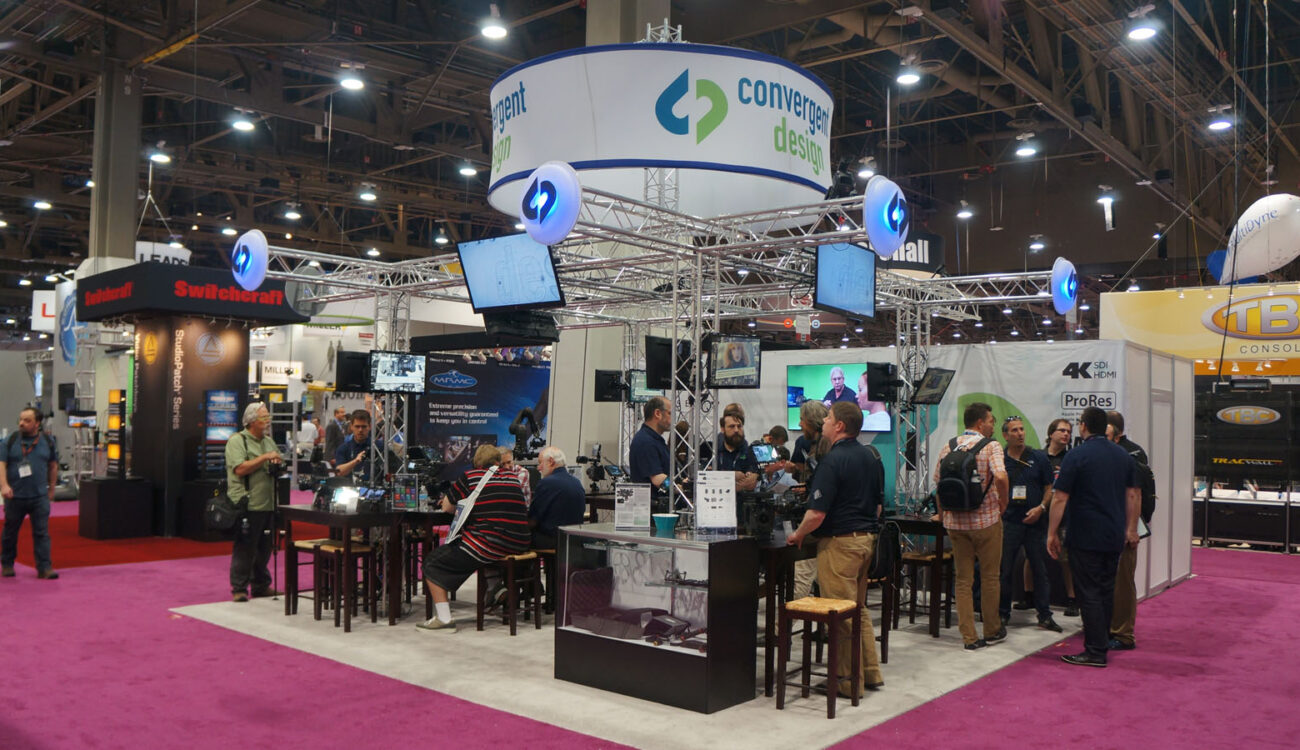 Convergent Design announced new features for the Odyssey7Q+ and Odyssey7Q at NAB Show 2015. Some features are available now via firmware upgrades, while others will be released over the coming months.

The company has expanded Odyssey7Q+ and Odyssey7Q ProRes record frame rates to 60p for 4K or UHD and 240p for 2K or HD. Support for these high frame rates will be across all currently supported ProRes formats, including ProRes 422 (HQ), ProRes 422, and ProRes 422 (LT). The first cameras to be supported will be the Sony FS7 and FS700 for those using the Sony FS Record Option on the Odyssey 7Q and 7Q+. The RAW camera output from these cameras will be converted depending on the output signal. A 4K RAW signal can be converted to 4K/UHD/2K/HD ProRes up to 60p, a 2K signal will record at 2K/HD ProRes up to 240p, and a 4K RAW Burst signal will convert to 4K/UHD ProRes up to 120p. Future cameras to be supported include Canon C500 4K RAW, Canon C500 HD video up to 120fps), Sony F5/F55 4K or UHD video, and others as well. These new features will be available to current owners via a free firmware update. Another free firmware update for the 7Q+ and 7Q was also announced. Both models will receive a Custom 3D-LUT Display and Routing capabilities. Users will be able to create their own 3D LUTS, store them on the 7Q+ or 7Q, and then route the output to other monitors via SDI and HDMI. I spoke with Mitch Gross, Director of Communications for Convergent Design, about this today and he gave a great example of just one scenario for utilizing these routing capabilities. The applied LUT can be displayed on the 7Q+ or 7Q OLED screen, but then the output via SDI or HDMI can be customized. One output can be sent to one monitor with the LUT applied along with Image Analysis Tools like the waveform and histogram. Then another output can be sent to a different monitor with the LUT only without overlays. These new 3D-LUT Display features will be coming soon, possibly within the next few weeks. Also in the upcoming firmware update for the 7Q+ and 7Q is Dual-Stream monitoring and recording capabilities. The first feature to be made available will be Dual-Stream monitoring with recording of one of those streams. So while only one signal can be recorded, the two signals can be analyzed side by side to ensure consistency between the two shots. Recording of two HD streams simultaneously will be in a future firmware release (possibly later this summer), but will be at an extra cost ($995 for purchase, $99/day for rental).

And lastly, Convergent Design announced support for two specific third party SSDs. Until now the company has used proprietary SSD drives for all of its recorders. Mitch Gross told me that they used those proprietary drives simply because no other drives matched up to the demanding specs that they required to ensure quality control. The company has now announced that Odyssey products will support the use of two specific Samsung SSDs, the Samsung 850 EVO 500GB and Samsung 850 EVO 1000GB. These two drives will be compatible with the Odyssey 7, 7Q, and 7Q+. Any other SSDs, besides the Odyssey proprietary drives, will still be unsupported.

These new announcements are quite interesting, and demonstrate a willingness from the company to continue supporting their existing products. Again, it’s important to note that none of these announcements were new pieces of hardware, but rather updates to its existing line of Odyssey products. Some of these new features are available now as described above, but some of them will be released over the coming weeks and months. We’ll keep you updated on when these new capabilities are available, and will share more detailed information as it is released.