Yesterday DJI Introduced a new remote controller for their Inspire 2 and Matrice 200 drones – The DJI Cendence. They also announced a high-gain antenna called DJI Tracktenna and combined it all with their Crystalsky high bright display. I had a chance to take a closer and get some hands-on experience at the launch event and on the NAB show floor. Here’s why I think these new tools can make a huge difference for professional drone shooters.

When you have a drone as capable as the DJI Inspire 2 (check out our extensive review here), the one thing that can still ruin your shots is either the operator or the interface between the operator and the drone. Since the operator is a professional, you want to make sure that the interface is flawless. With the new DJI Cendence remote, the DJI Crytalsky monitor and the DJI Tracktenna, drone shooters will soon have a new system that can help them monitor and control their drones in a better way.

Focusing and gimbal control issues on the Inspire 2 are a thing of the past – the new DJI Cendence gives you increased efficiency and better controls over every aspect of your drone. 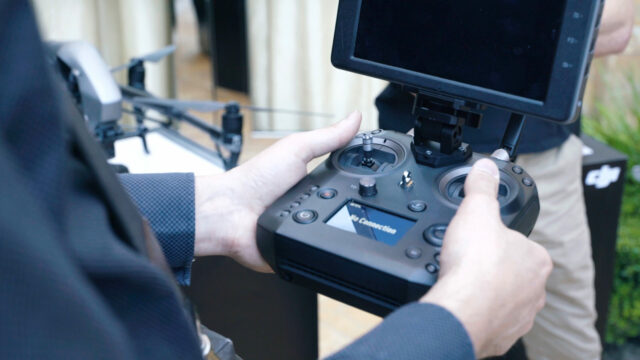 Trying the DJI Cendence Remote Controller at the launch event

At the launch event at the Las Vegas Wynn, I had a chance to take a first close look at the new DJI Cendence remote controller, thought the device was turned off. It wasn’t until today, on the NAB show floor, that I could get a better hands-on experience.

The DJI Cendence features a vast amount of customizable buttons, dials and other controls. It was presented with a new DJI Crystalsky monitor, which gives you high brightness for better viewing outdoors. It connects through a cable-less interface at the top of the remote. 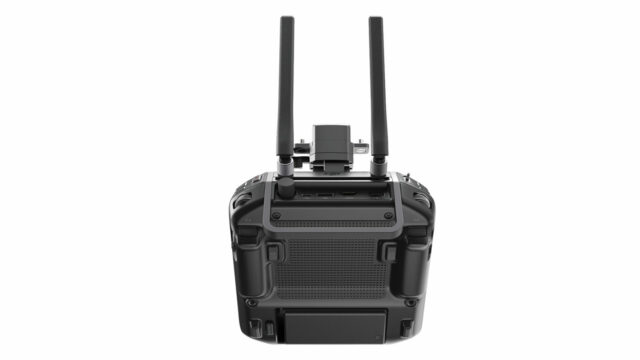 Besides offering cutsomizable buttons and dials all over the remote, users also have instant access to functions like ISO, sharpness, shutter speed, without having to navigate touch screen menus. Important camera information can be seen on a separate small display.

There is also a dedicated wheel for accurate focus control. If you’ve been using a DJI Inspire, then you know that controlling your focus via a dedicated interface can make a huge difference. So far, users have had to purchase a separate focusing device to be operated by a second person, or alternatively had to rely on the touch autofocus functionality which is not always reliable. The focus wheel on the DJI Cendence has a fast response time, and I could easily focus just like on an analogue lens.

The remote controller offers an SDI and HDMI port for live HD broadcast and streaming applications. 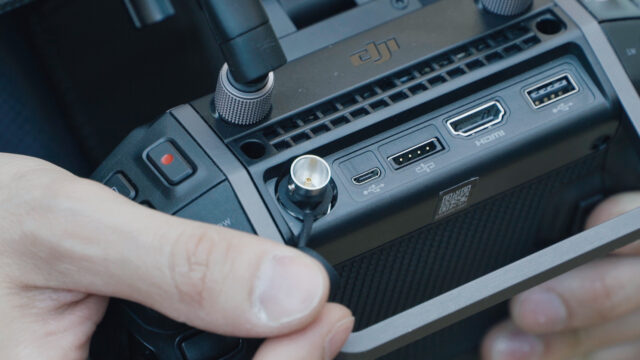 More good news is that this new controller is a little more modular than the original one. The antennas on the Cendence remote controller, as well as the PCB, mounting bracket and battery are all detachable and therefore replaceable. 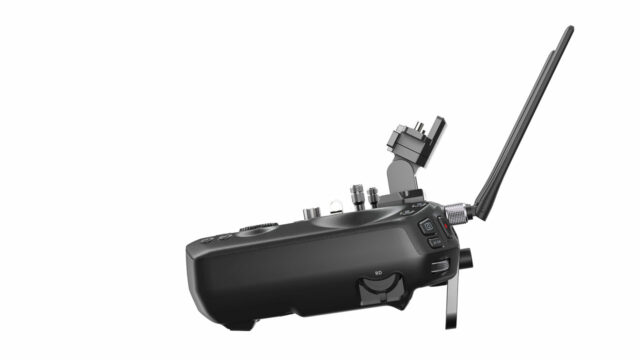 Overall, I can see the DJI Cendence becoming an essential tool for my drone work. It is a very welcome upgrade to the basic remote and gives me the controls I need in order to achieve certain shots that I otherwise couldn’t. Although I haven’t been able to fly a drone with it yet, most of the controls concern the gimbal, which I was able to test on the ground. Furthermore, the Crytalsky monitor on display for the first time was extremely bright and its touch screen was very responsive. With up to 2000 cd/m2, it offers four times the brightness of an iPad.

The DJI Cendence will be available later this year and will cost $999.

On the Inspire 2, you can quickly lose video transmission when you’ve set the feed to a high data rate. According to the specs, the DJI Tracktenna should solve this problem. This high-gain antenna sports built-in sensors and a two-axis gimbal that automatically points the antenna at your drone at all times. 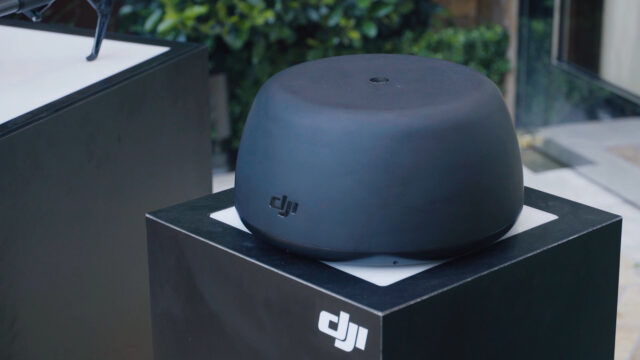 In optimal conditions, the DJI Tracktenna in combination with the Cendence controller can boost signal transmission to over 6.2 miles (10 km). This calls for a word of warning: with technology able of pushing the limits of what’s possible this far, pilots should always understand and follow all applicable laws and regulations. 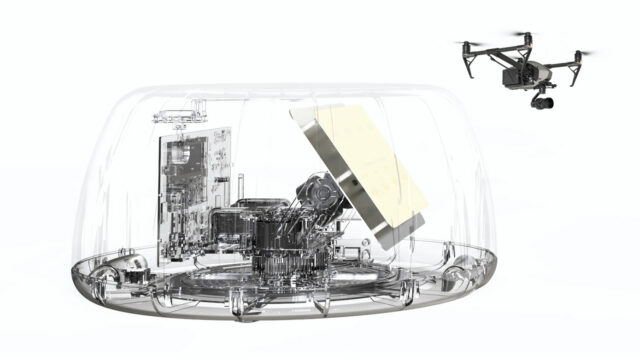 The DJI Tracktenna supports transmission speeds of up to 10 Mbps within 1.24 miles (2 km) for data-intensive applications. It supports both 2.4 GHz and 5.8 GHz frequency bands, giving it greater signal stability.

Pricing and availability for DJI Tracktenna will be announced at a later date.

Are you a professional drone operator who sees these new DJI products finding a place in your kit? Let us know in the comments!