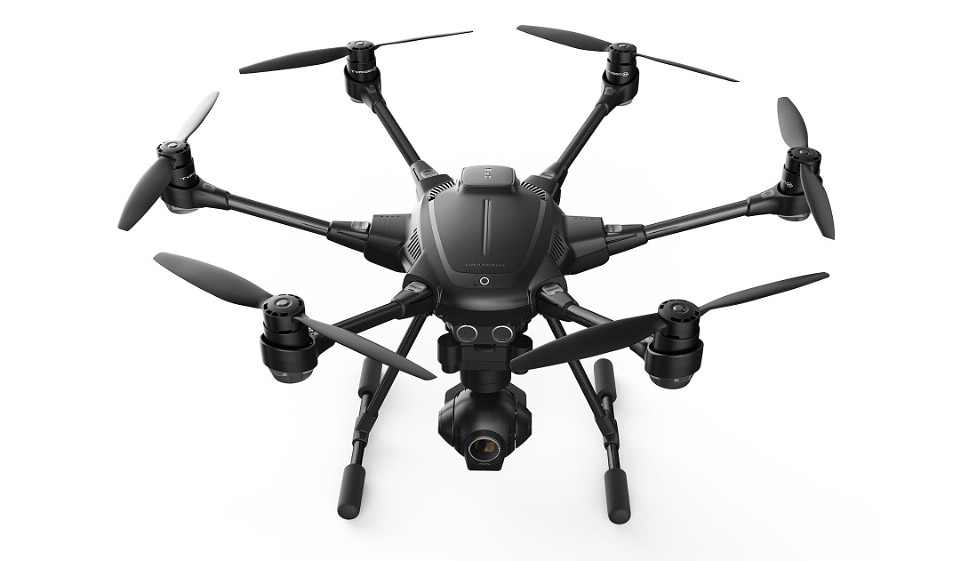 DJI-rival Yuneec has a new hexacopter under its Typhoon line of drones—the Typhoon H—and it is compatible with a collision avoidance module based on Intel’s RealSense technology.

This is a serious contender to DJI’s Prosumer lineup. The Yuneec Typhoon H comes equipped with a 360-degree gimbal camera that can take 4K videos and 12-megapixel stills, and its rotor arms are made of lightweight carbon fiber. DJI now sells the Zenmuse, which can be attached to the Inspire, shoots micro 4/3 and RAW footage, and allows for more fine-grained tuning of color and focus while in the air. The Typhoon H, like the Inspire 1, has retractable landing gear and a camera which can pan a full 360 degrees.

Unlike the Inspire 1, the new unit has six rotors instead of four. According to Yuneec this will allow the craft to remain stable and land in the event it loses one or two motors.

DJI also has a six-rotor craft aimed at Hollywood professionals, the DJI S900, which will set you back over $4,000 when equipped with a camera. The new Typhoon H also has a full suite of autonomous features, such as Orbit, Point of Interest, Curved Cable, and something called Journey. It has basic sense and avoid technology on board, using “ultrasonic proximity detection” to automatically dodge large obstacles.

The Intel collision avoidance add-on, which will be available at an extra cost, could be worth the money to make sure the drone doesn’t crash into other objects. It allows the drone to sense and avoid objects in real time. 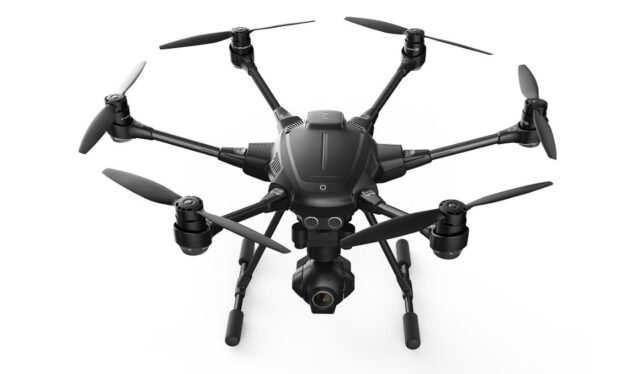