The newly introduced DJI Matrice 600 is a very competitively priced new hexacopter that integrates seamlessly with the Ronin-MX, an upgraded version of DJI’s 3-axis gimbal Ronin-M.

Just unveiled at NAB, the gimbal includes all the functionality of previous Ronin incarnations, as well as a built in receiver and remote control. It has been designed to work not only on the ground, but takes to the skies perfectly aboard the Matrice, or M600 for short. 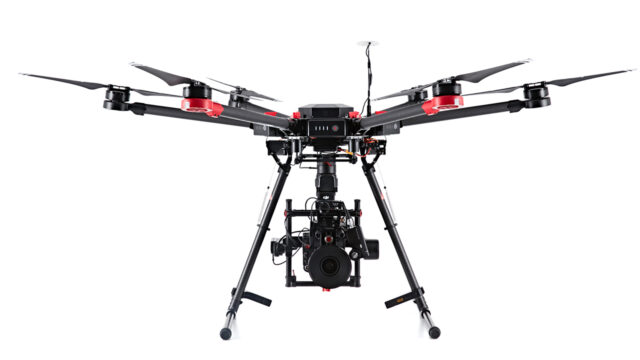 This next generation drone is a 6 propeller system controllable up to 3.1 miles away. The onboard A3 flight controller on the DJI M600 can be updated the A3 Pro, which allows for pinpoint accuracy down to the centimetre, and GPS integration for repeatable movement, which in theory even allows for motion control. The DJI M600 also supports DJI’s Lightbridge 2 technology, which allows an HD video stream to be wirelessly fed back to the operator on the ground. It is compatible with the DJI GO App, providing on-screen telemetry, status and camera controls. When using the Ronin-MX, you even get gimbal movement control right at your fingertips. 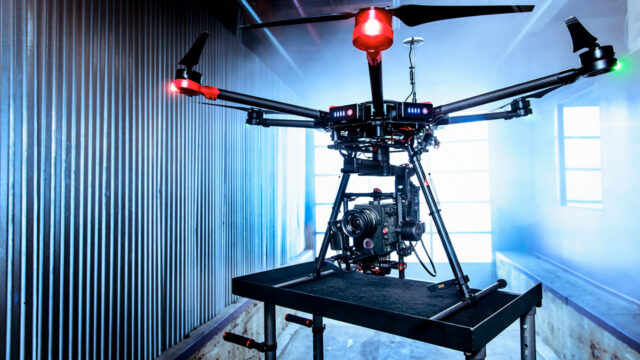 Power to the M600 is supplied by an array of six DJI Smart Batteries, which provide around 15 minutes of flight time with a heavy payload, or 35 minutes when used with DJI’s Zenmuse range. It is worth noting that due to the M600’s maximum payload of 6kg, the Ronin-MX’s capacity is slightly reduced down to 3,23kg in the air, due to the gimbal’s own weight of 2,77kg. This of course is no problem if you want to use the MX on the ground, handheld or at the end of a jib, for example.

When looking at the new 3-axis gimbal from DJI, the most evident change is its cage design, which adds stability by locking both at the top and at the bottom of the camera. Under the hood, the Ronin-MX sports improved, more powerful motors which not only cause less noise while filming, but allow it to carry a payload of up to 4,5kg, enough to support cameras like an Alexa Mini or a Red Dragon. The motors are also another measure in providing extra stability, necessary to counter the G-forces, changes in acceleration and strong winds inherent in shooting aerial footage. And this is really where the Ronin-MX is meant to shine. 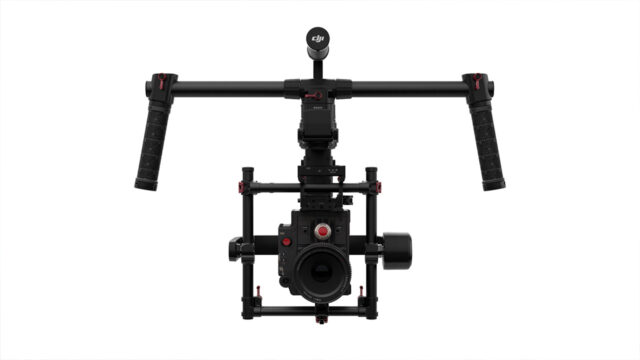 The DJI M600 is available for ordering now, and will start shipping in the next few days.