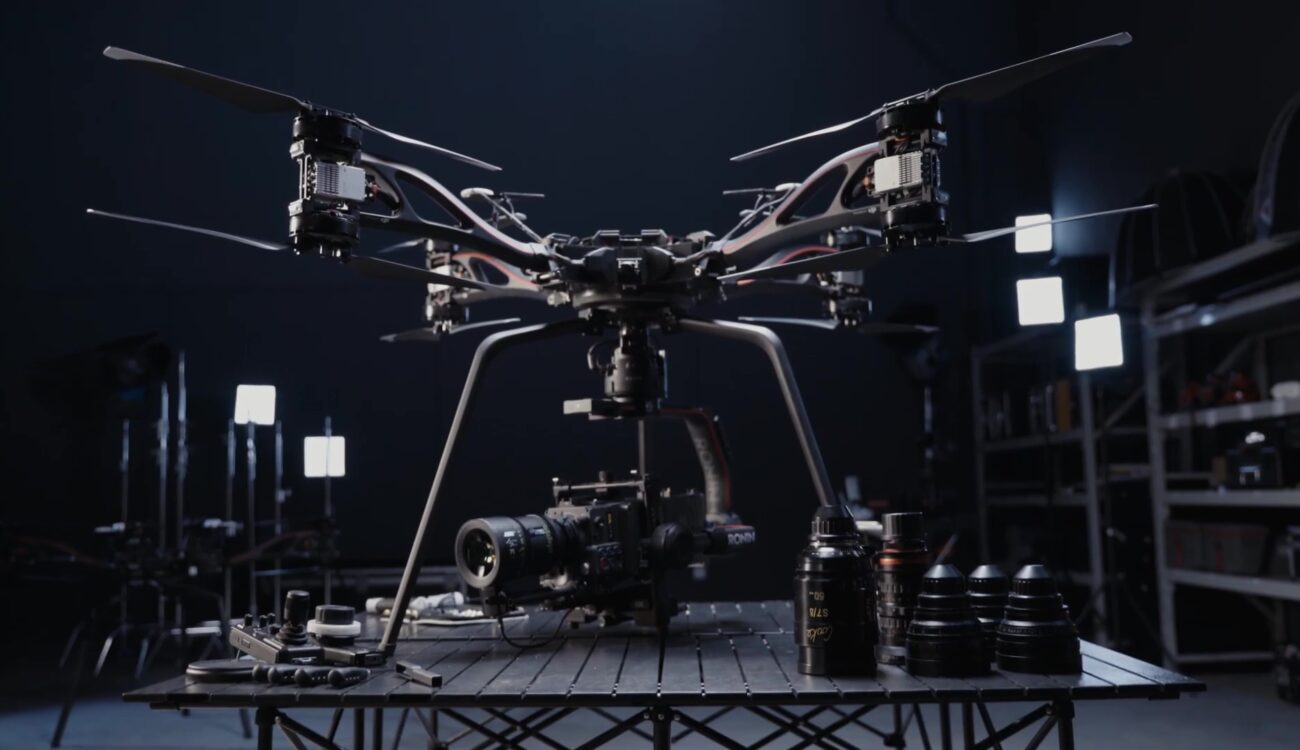 STORM is a custom aerial platform designed for professional cinematography industry. It incorporates the DJI Ronin 2 and can carry payloads of up to 18.5kg (40lbs). The DJI STORM is compatible with Master Wheels or Force Pro for precise control of the camera angle. The platform is only offered as a service via DJI studio. 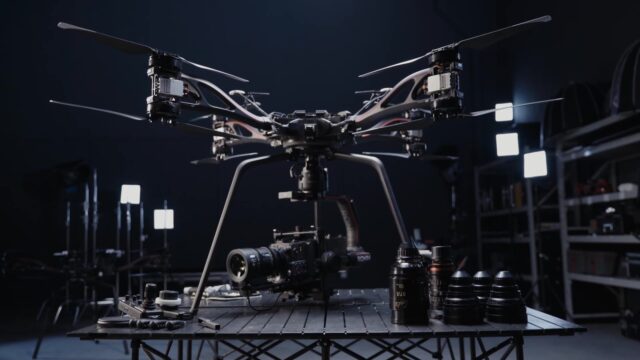 DJI offers all kinds of drones of various sizes. One of the biggest drones for cinematographers they offer, is the DJI Matrice 600. This year DJI kind of silently launched an even bigger aerial machine – the STORM. The DJI STORM is a custom aerial platform designed for heavy loads. It features four arms with a total of 8 motors and propellers.

The drone utilises a DJI Ronin 2 gimbal for mounting a camera. The maximum payload the STORM can lift is 18.5kg (40lbs), which is enough for instance for ARRI ALEXA LT, Sony VENICE, or RED even with a smaller zoom lens. 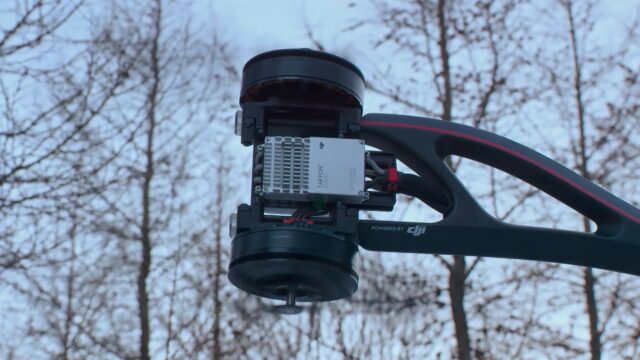 The maximum speed of the drone is 80km/h and it can operate in a wide temperatue range from -10°C up to 40°C. Flight time is 8 to 15 minutes depending on various factors like payload, temperature, speeds, etc. 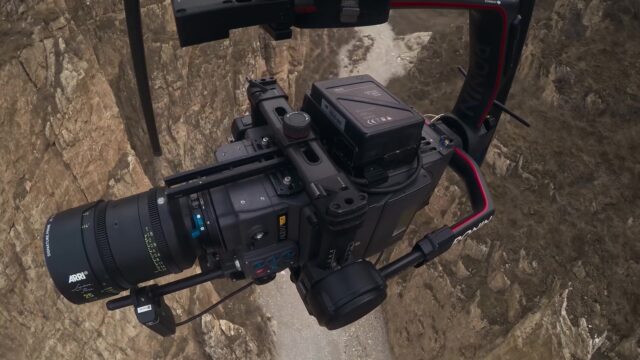 Thanks to integration of the Ronin 2, the STORM can be controlled with DJI Master Wheels or DJI Force Pro for precise camera angle control. The battery of DJI STORM can be swapped quickly so that the drone can be back up in the sky within minutes.

STORM is, however, not something you can buy. DJI offers this platform only via DJI Studio as a custom aerial cinematography service (you can contact them here). When booked, the STORM comes with a professional crew and a big DJI-branded truck with own power source and lots of equipment. 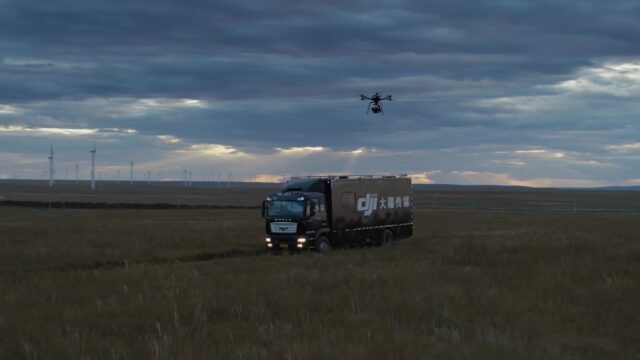 We don’t have the information right now if this is a worldwide or location-limited service. Because DJI is a Chinese company I would expect it to be available in China first. There is no information yet about pricing as well.

This is certainly an interesting and a bit controversial move from DJI as some of their customers offer similar services. Does it look like DJI is trying to compete with their own customers?

What do you think of the DJI STORM? Do you have an experience flying high-payload drones? Let us know in the comments underneath the article.