This is big news for anyone interested in aerial photography. The DJI inspire 1 is one of the most advanced drones on the market and with the newly announced Zenmuse X5R camera it can now shoot 4K RAW! 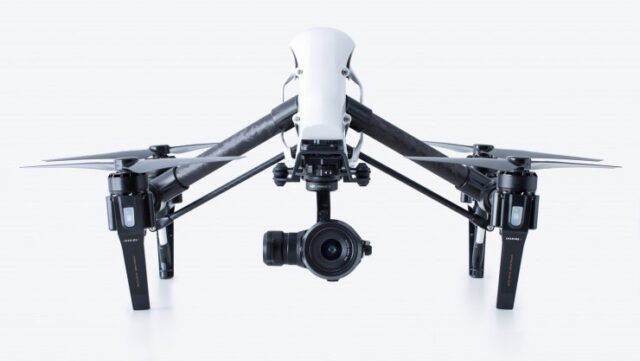 The Inspire 1 is a great drone, packed with lots of technology for a great aerial shooting experience, but had a built-in 4K camera that left a lot to be desired, in terms of image quality and dynamic range, which is a big problem when you intend to shoot high contrast scenes.

Today DJI gives us a camera upgrade that replaces the Inspire 1 built-in camera and turns it into a 4K RAW drone. It features a Micro-Four-Thirds Sensor and mount turning the Inspire 1 into one of the best affordable drones on the market.

There are two versions of the new camera, the X5 and X5R, the latter being the RAW version that works with an SSD module to produce cinemaDNG RAW files with 4K resolution.

The Camera optionally ships with a Panasonic Lumix 15mm. Each lens has to be perfectly balanced inside the gimbal construction, which they achieve with weight rings on the front. At the moment only 3 lenses are available ranging from a 24mm to a 30mm equivalent.

Specs for the X5 at a glance:

More info on pricing and availability in the video above!