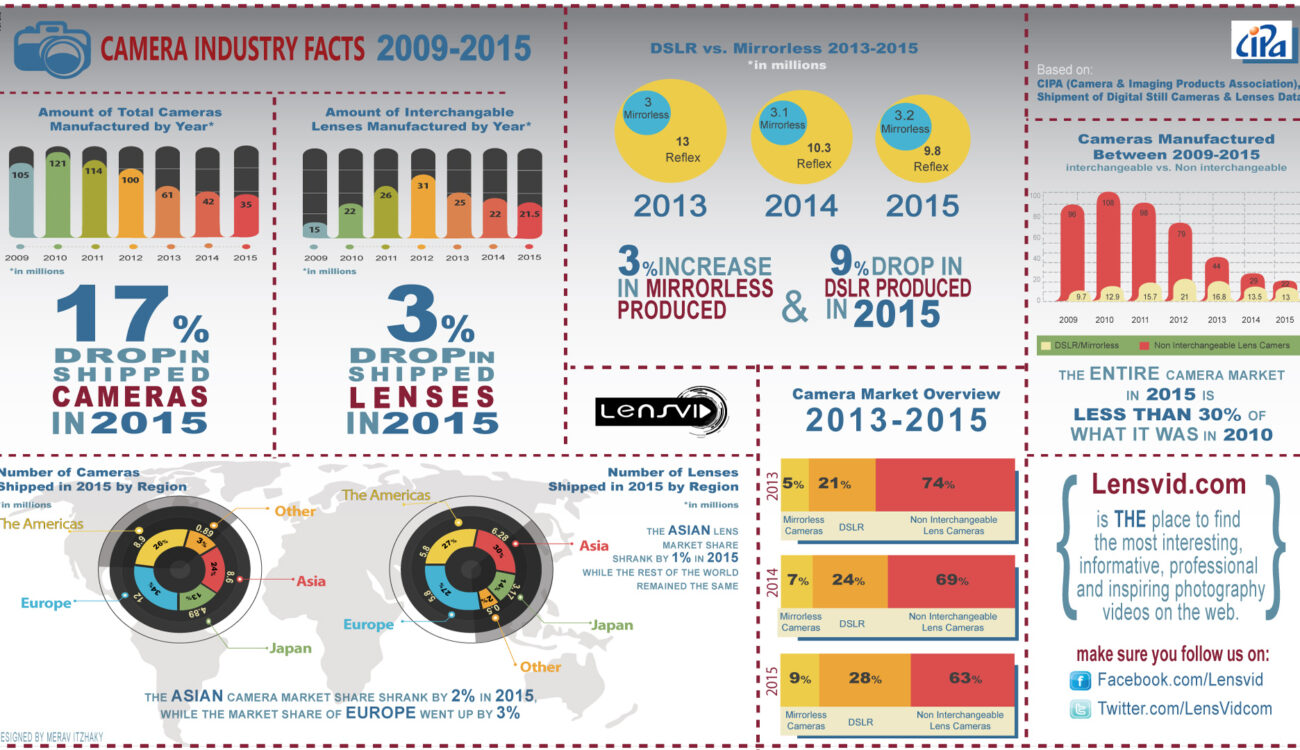 Is the camera market shrinking? It seems so, and the statistics from LensVid.com‘s full analysis of the industry in 2015—they have also taken a look back over previous years, for comparison.

It’s very clear that the glory days of photo cameras seem to be numbered—2010 marked the peak in numbers of cameras being sold overall, and in 2015, the total sales were less than ONE-THIRD of the total photo camera sales of 2010. Those figures are certainly a little worrying. As LensVid point out in their video, it is surprising that there haven’t been more manufacturers that have stopped making photo cameras altogether. Quite contrarily, there seem to be more different models on the market than ever before; all of which are competing for an apparently shrinking market. 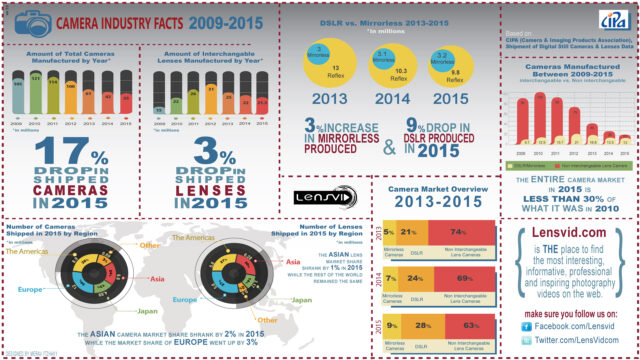 When looking at these rather alarming figures, it is important to consider the fact that LensVid is a photography site—they focus on photo cameras only. While these photo cameras do shoot video nowadays (luckily for us), the statistics do not include our beloved professional video cameras or their non-professional counterparts. In all honesty, though, I can already see the video camera market shrinking over the years without even looking at the numbers.

I think it is safe to say that we all expected mirrorless cameras to overtake DSLRs rapidly, but that has not really been the case. Whereas Panasonic and Sony have lovingly embraced the mirrorless format, some manufacturers have not. The photography world is still clinging on to the mirror—even Canon and Nikon, photography’s powerhouses, will not loosen their grip on their mirrors. What does remain to be seen is whether or not this will change once Canon and Nikon introduce mirrorless technology into their high-end cameras.

What are your opinions? Do you think it is a case of the camera market shrinking for good, or are you expecting manufacturers to turn this slow patch around? Let us know in the comments!