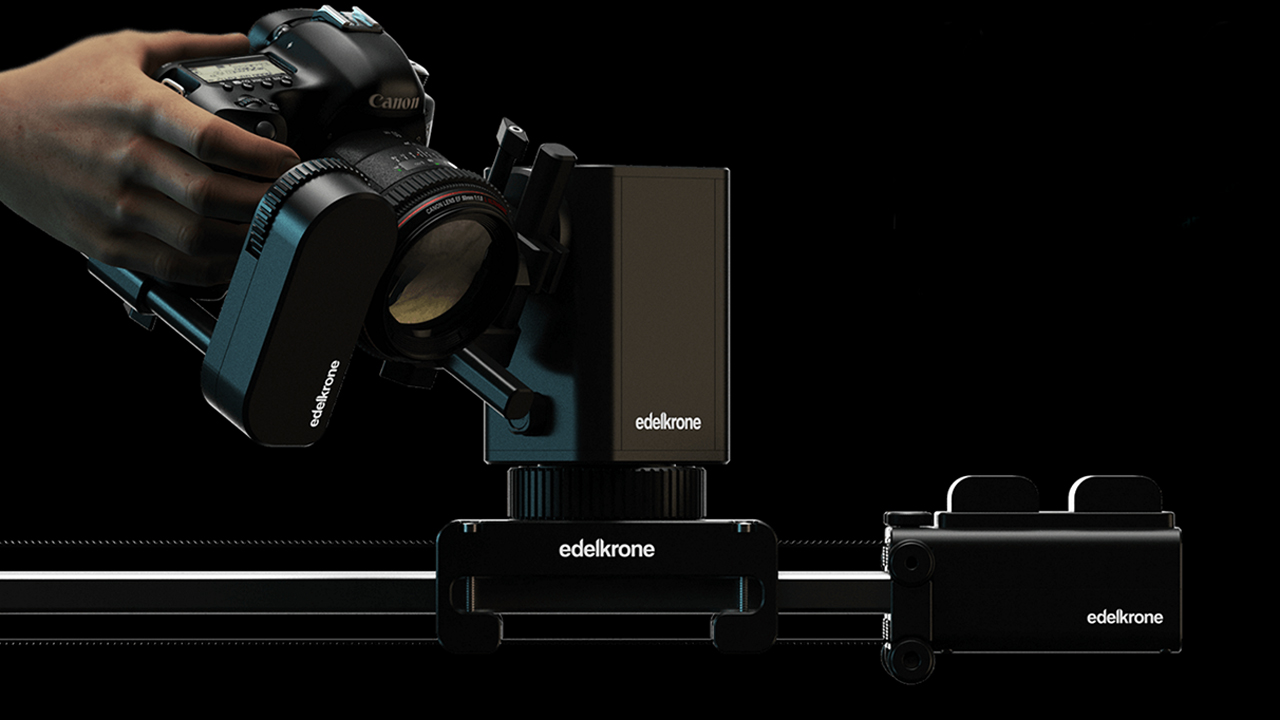 The new Edelkrone SliderPlus X and Motion Kit are the latest offerings from the popular camera accessory manufacturer, filling the gap left by their earlier, more limited motion control devices.

You just gotta love Edelkrone. Their design style has something truly recognisable in its way of approaching camera accessories just a little bit differently than the competition. The Edelkrone SliderPlus X certainly follows in this tradition in a way that is bound to bring a little smile to your face.

The familiar and innovative move-along design of earlier Edelkrone sliders now benefits from retractable legs, doing away with the need to purchase optional legs that can often seem a bit overpriced, as is the case with some of the competition. It also features a belt system that attaches magnetically, making it easier to remove or replace if damaged. In addition, the bottom of the slider features a tripod wheel that you can simply place on top of your tripod and turn to tighten, rather than endlessly spin the whole slider. Neat! 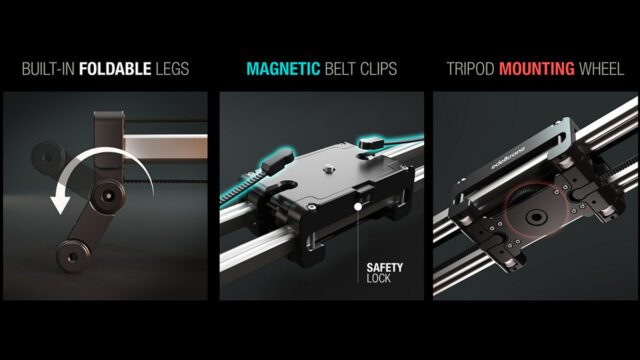 The Edelkrone SliderPlus X also seems to have moved in a smart direction in regards to length options. It ships with two sets of rails: the short set has a maximum length of 25cm on the ground and 50cm on a tripod, while the long set has a maximum length of 45 and 90cm respectively. If these lengths seem somewhat familiar, it’s because they are the same as those of the Medium and XLarge versions of the earlier Edelkrone SliderPlus Pro, essentially doing away with the small and in-between versions, and offering two sliders in one.

As a companion to their new slider, Edelkrone have also announced the Motion Kit, a 4-axis motion control device that picks up where their Target and Action Modules left off.

The Edelkrone Motion Kit allows for programmable motorised motion along the slider axis, as well as on the pan and — for the first time in an Edelkrone MoCo device — the tilt axis too. This alone means Edelkrone now competes with other established manufacturers such as Kessler. However, the Edelkrone has one final trick up its sleeve, with the addition of an included focus control as well. 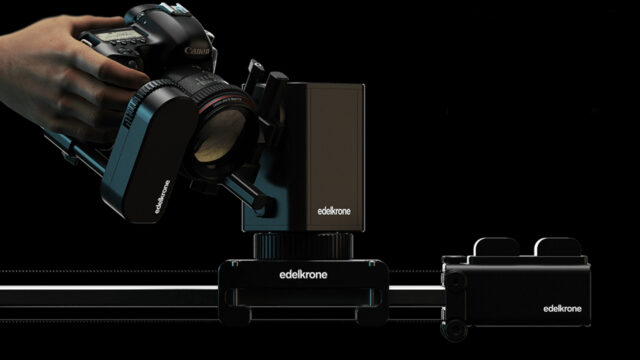 The Motion Kit records your manual moves along 3 axis

One of the most interesting features of this motion control device is that as you physically move the camera along the slide, pan and tilt axis to the desired angle and at the desired speed, the device will record the movement and allow you to repeat it perfectly, resulting in a more organic and detailed camera travel without the need to set a number of keyframes. If keyframes are your thing, though, the Edelkrone Motion Kit is also programmable that way.

Lacking a dedicated remote control, the programming of the Edelkrone Motion Kit occurs via Bluetooth thanks to the seemingly very well-designed iOS app (Android version coming soon). It allows you to not only set keyframes, but also decide when to lock onto a target for focusing and tracking thanks to its “new smart algorithm”. It also serves to program time-lapse and stop motion settings, as well as to remote-control the slider in free manual mode. 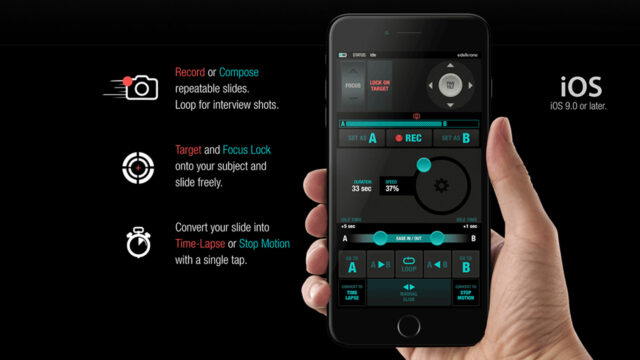 You can fasten your phone to the Motion Kit via the included magnetic phone holder, though if you want to put the phone in your pocket once you start rolling, that’s fine too: the Motion Kit completely takes control once you send a command from the app, even if the connection is lost.

And as if that wasn’t enough, there is still a host of other features coming soon, such as Apple Watch implementation, Saving & Loading of lenses to speed up focus control setup, and Advanced Composer mode on the app for more complex motion sequences.

Finally, the whole system seems to be quite stealthy. In addition to their claim that microphones won’t pick up the motor noises – which would be quite useful for interview use – the SliderPLus X and Motion Kit package is also quite compact. As you can see in the image below, it can all easily fit into a small carry bag. 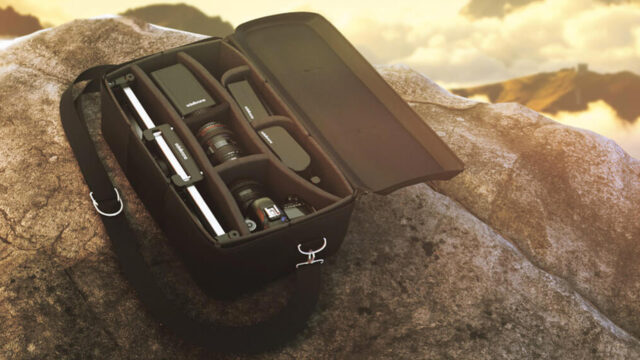 One thing to bear in mind is that this portability comes with a downside. The slide and head modules of the Edelkrone Motion Kit have a recommended payload of under 3.6kg, meaning it is aimed more at DSLR and Mirrorless systems (though admittedly well-rigged up ones at that), rather than even lightweight cinema cameras. However, this shouldn’t come as a surprise given the usual target audience that other Edelkrone products tend to market to.

The SliderPlus X is available for $999,99, while the Motion Kit will set you back another $2799,99. This may sound a bit expensive when compared to other motion controlled slider units such as the Kessler Second Shooter or the iFootage S1A1, especially when considering the Edelkrone’s weight limitations. However, bear in mind that the Edelkrone SliderPlus X and MotionKit offer a range of unique features, as well as that 4th axis of focus control.

How do you think the Edelkrone SliderPlus X and Motion Kit stack up to the competition? Let us know in the comments!