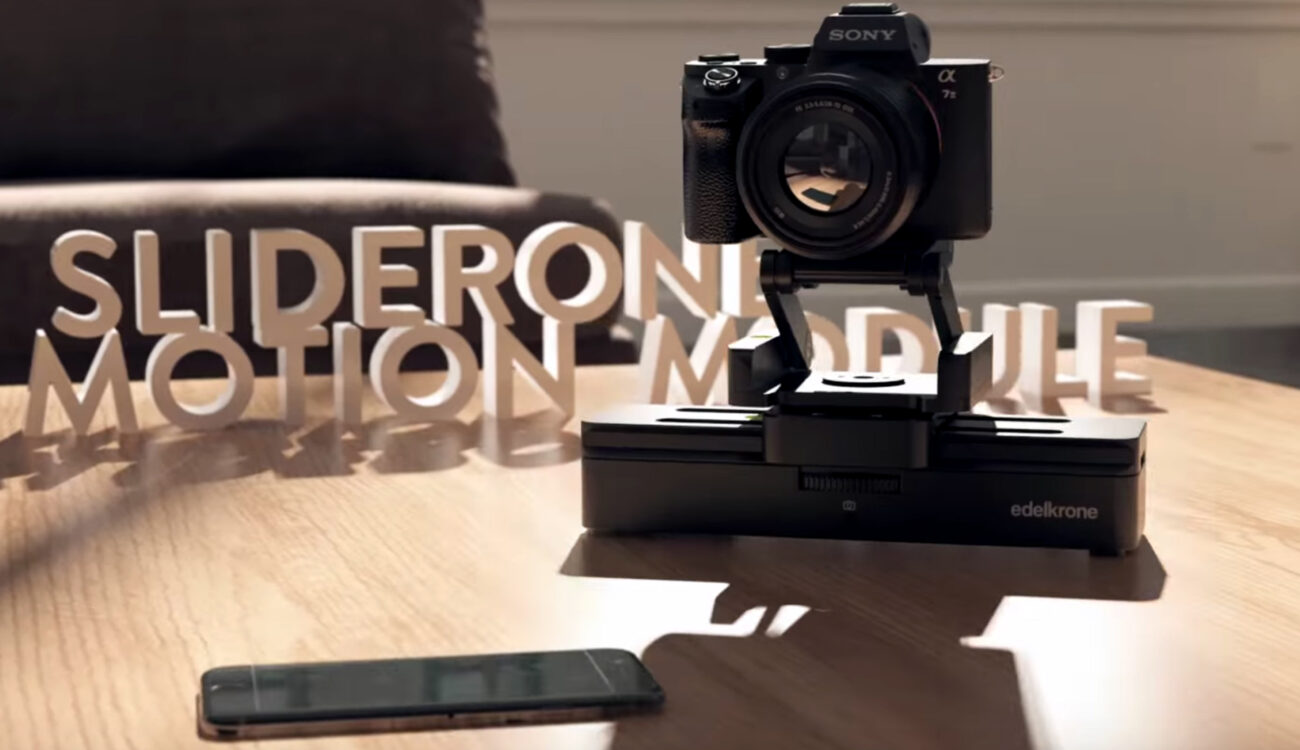 The folks over at Edelkrone are well-known for surprising us with an ever-growing armada of innovative camera accessories. The freshly announced Motion Module for their SliderONE is no exeption. It brings motion control of the tiny slider right to your fingertips – with the help of an iOS device. 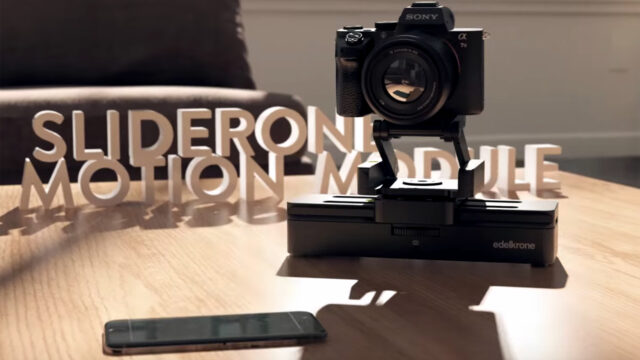 When the SliderONE hit market about a year ago (read all about it here), it was by far the smallest slider to date, or at least the smallest one able to support some serious indie cameras of up to 20lbs (9kg) in weight. But Edelkrone didn’t stop innovating there. If you want to upgrade your existing SliderONE, there is now a new toy to play with in town: the Motion Module.

A single LP-E6 battery provides juice for the module for up to 20 hours of live video sliding or 96 hours in time-lapse mode. The unit doesn’t have a single button, screen or other user interface, which might seem like a downside, but in the end is what makes the Motion Module look and feel like one solid brick. The only I/O port on the unit is a camera trigger for the time-lapse and stop motion modes.

Now that your SliderONE is controlled through your iPhone (iOS only for now, with Android coming soon), let’s dive into the different modes.

In slide mode you can control diferent parameters such as duration (or speed) of the resulting move and the damping. In and out points can be set as well as idle phases at the beginning or end in which the slider won’t move. A move can be performed from A to B, vice versa or even as a loop. 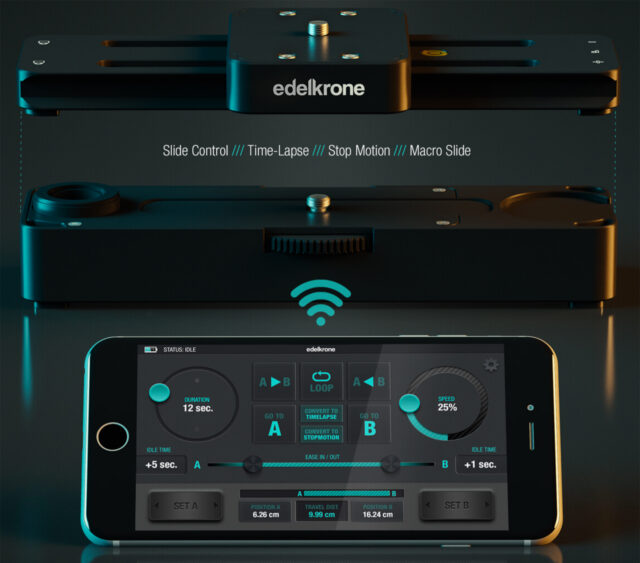 The slider is capable of moving as slow as 10 μm/sec. That’s 1/100 of a millimeter per second! That should be enough for some serious macro work. Personally, I haven’t tested it, and since macro movements are always a bit tricky in terms of vibrations, I’m not sure if it will hold up to my expectations. But if this tiny Motion Module is really capable of doing a good job, that would be really facinating!

When you’re happy with the move you created, you can hit ‘Convert to Time-Lapse‘ at any time and the app will do the math. The resulting move will look exactly like the one you’ve just programmed, even if the time-lapse lasts for 2 days straight. With this it becomes really easy to achieve motion-controlled time lapses. The features are limited, of course, and there are more sophisticated tools out there, but I think this is a quick and very cool way to pull off decent results. Remember, the whole unit fits in your pocket… Well, almost. 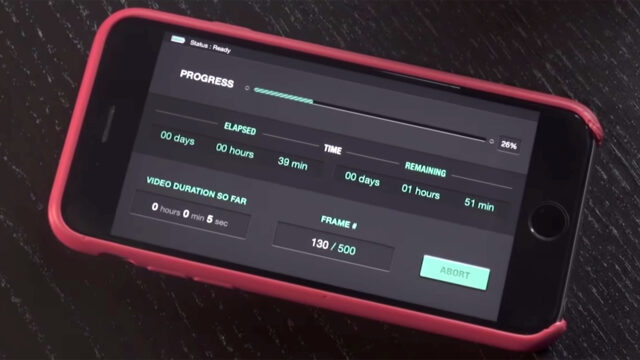 status screen while performing a time-lapse

Same goes for ‘Convert to Stop Motion‘. The resulting move will be exactly the one that you’ve created: idle times, acceleration, distance, deceleration… it’s all there. The software only splits the move into frames so you can tweak the scene to your likings before moving to the next one.

This unit promises to be a very versatile upgrade for the original SliderONE. I really hope that it meets expectations, because if it does and if it performs smoothly in all modes mentioned above, we are talking about a pretty mighty tool that almost fits in your pocket! The Edelkrone Motion Module for SliderONE will be available in a few weeks and will retail for € 339.99 ex VAT (about $370). After an introductory period that price will rise to € 359.99 ex VAT (about $390).