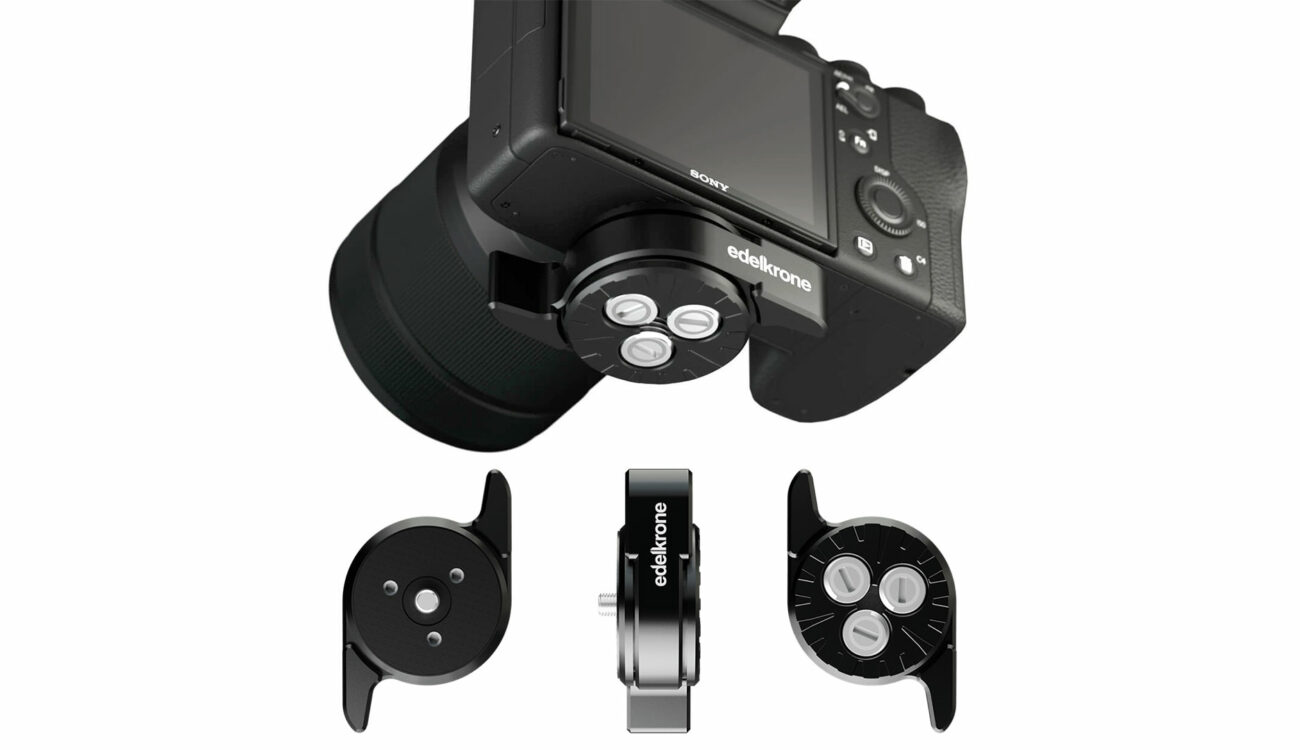 Edelkrone has just released version 2 of its popular universal quick release system: the Edelkrone QuickRelease One v2. This new version is lighter, stronger, and now has two levers, which make switching between equipment in seconds even easier. Let’s take a closer look at it!

This quick release system supports cameras up to 6.6lbs/3kg, which makes it suitable for DSLR and mirrorless cameras. The concept behind the Edelkrone QuickRelease One v2 is pretty simple:

According to Edelkrone, it just takes 3 seconds to mount/release your camera from any 1/4-20″ screw. This concept is great if you don’t want to invest in a lot of different quick release plates and mounting plates. So what’s new with this second version?

Edelkrone didn’t totally change the product between the old and new versions. The concept remains the same, and it’s still made out of CNC machined aluminum & stainless steel components.

However, the company improved the QuickRelease One v2 by making it lighter at 3.5oz/100g. Also, there are now two levers to mount/release your camera as well as “a new ribbed design that provides a better, stronger grip,” according to Edelkrone.

You got it, no significant change here, and if you already have the first version, you’ll have to decide for yourself if it’s worth upgrading or not.

What do you think about this new version of the QuickRelease One? Have you ever used the first version? What quick release system do you use for your camera? Don’t hesitate to let us know in the comments below!

We are really curious to hear how many people have used this solution! We have never tested it, but at first sight it seems like a little small that could make the camera shaky if the setup is heavy. But I am happy to be proven wrong!