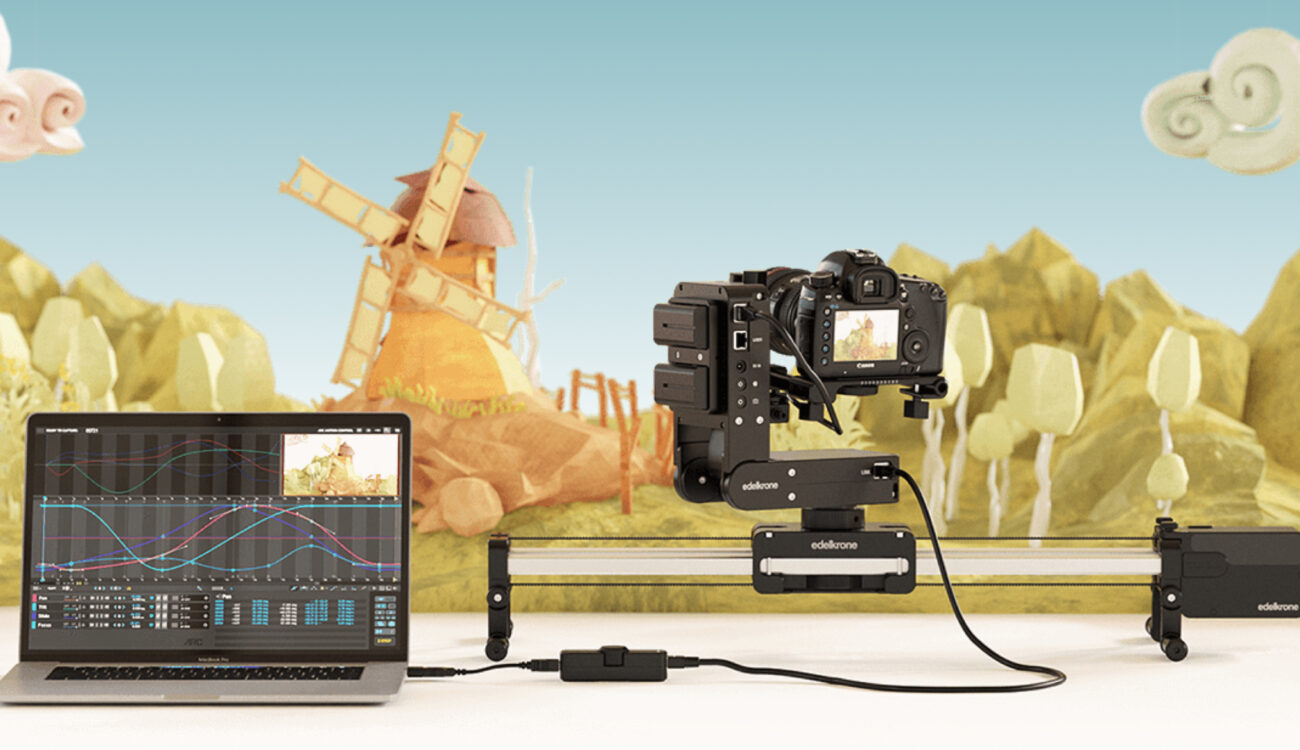 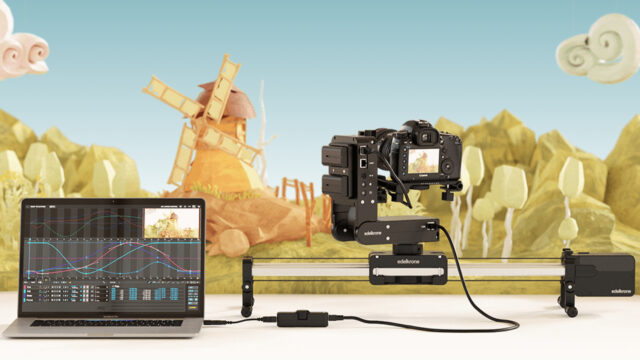 Dragonframe is the de-facto standard if you are into fully-fledged stop motion projects. With it, everything regarding stop motion becomes less fiddly and more creative, because the software takes care about almost everything. You can easily jump between frames, line up objects with half-translucent overlays of previous frames, keyframe lights, sync audio to your character’s mouth movements and manage huge amounts of captured stills, while always staying on top of things – try that without such a piece of software! With the so-called Arc motion control workspace within Dragonframe, you can control third-party hardware in order to pull of stunning moco shots of your animations. However, in order to integrate such hardware into Dragonframe, a rather expensive  Dragonframe Master Controller (DMC-16 or DMC+) box is necessary. These boxes are highly advanced controller boards for multiple stepper motor drives, DMX control for lighting and camera triggers.

This setup is pretty neat, as it lets you control your camera in a number of ways. Most importantly, you are able to move the camera by hand while the software tracks the exact position of each axis. This is super helpful, because fiddling a camera into position by clicking some buttons in a user interface is somehow annoying (had that before, it really sucks). Furthermore, you can control the whole setup with a PS4 controller (but only if your setup is hooked up to the Dragonframe software). The stop motion module doubles as a focus controller if you have attached a focus motor – which is a good idea when pulling off a motion control shot.

If you opted in for the Bluetooth controller, which comes with Dragonframe 4 as an option, you can control the software (and the camera attached to the HeadPLUS) with it, too.

As stated above, there are other options of integrating motion control hardware into Dragonframe, but it won’t be cheap. Edelkrone products are not exactly cheap on their own, but the DMC+ interface you’ll need to attach other hardware alone costs almost $3,600. Another possibility is to go with DitoGear hardware. They have a dedicated DragonBridge interface for connecting their own lineup of motion control hardware to the Dragonframe software.

So, the Edelkrone stop motion module offers high value for relatively little money and if you already own some Edelkrone motion control hardware, this might come handy when wanting to explore the world of motion control a little further.

The Edelkrone stop motion module itself is only $99 – but you sure need a lot more than that, otherwise the little interface becomes pretty much useless. As a bare minimum you’ll need the Dragonframe software and a Edelkrone HeadPLUS or HeadPLUS PRO, in order to get started. Add a SliderPLUS with an attached Slide Module v2 and a focus motor. Throw in a bunch of batteries and a camera, of course, and you’ll end up with a big hole in your wallet. To be fair, you get a lot of value in return here. A computer-controlled fully-fledged motion control system, which fits in a backpack for around $4,000 (and add your camera of choice)? Unthinkable just a few years back!

One cable to control everything.

The beauty of this setup is the modularity. You can use all of the Edelkrone products standalone (focus motor and stop motion module not so much), as well as the Dragonframe software without any attached hardware, except for a camera, just fine. Meaning, you can use the Edelkrone pieces for all your motorized camera movement needs and for stop motion workflows. And if you have such gear already, the little adapter for under $100 might be well worth the adventure. Just make sure that your camera is supported by Dragonframe (check here) before buying.

What do you think? Is stop motion something you want to get into? Share your thoughts in the comments below!