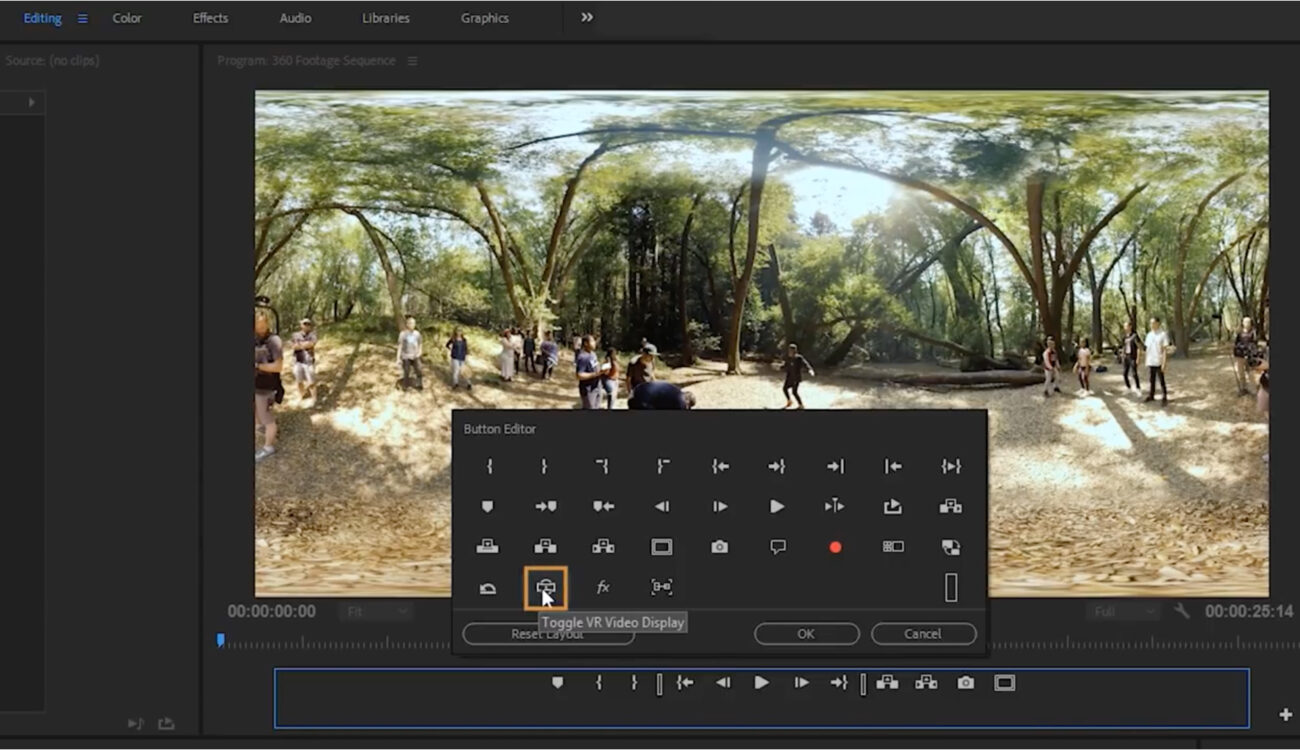 Adobe Creative Cloud has released a video demonstrating the tools needed to edit 360 VR videos, plus some downloadable assets for you to try yourself!

For editors who haven’t been worked with 360 VR yet, this article sums up the techniques to do so in Premiere Pro with a few helpful tips.

The first stage is to find the Toggle VR Video Display button and drag it to the monitor Tool Bar for better access, as shown in the screenshot below. 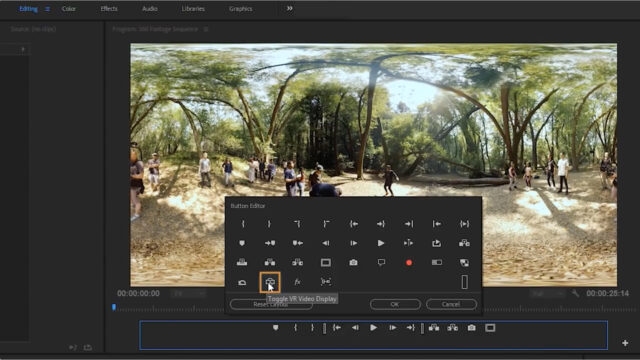 The Toggle VR Video Display allows you to click and drag around the 360 footage in order to explore different angles. From that point, you can apply effects to the footage as usual.

It’s worth taking a comprehensive look at the tutorial since it highlights the common artifacts in 360 VR editing and explains how to eliminate them by using regular effects in Premiere Pro. 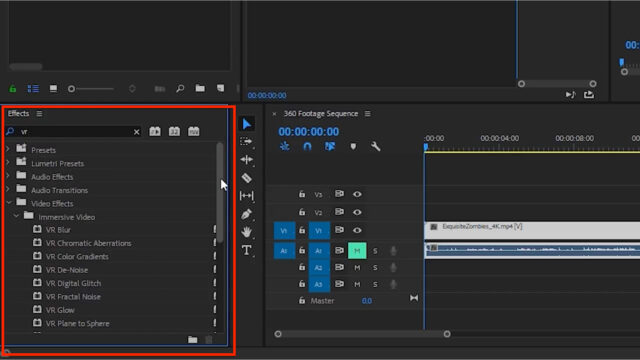 The tutorial also demonstrates Premiere Pro’s library of dedicated VR effects and how to control them. They are not much different from regular video effects, besides them being specifically dedicated for VR 360 use. 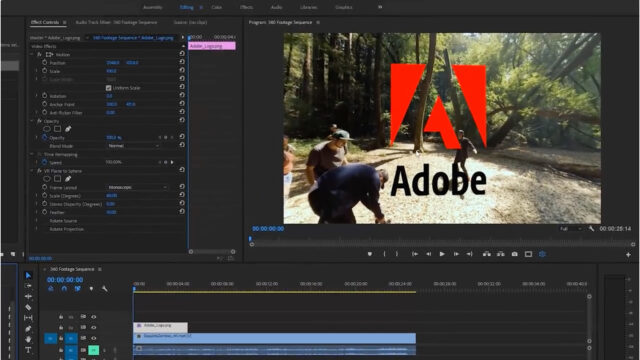 Furthermore, the tutorial shows how to implement logos and add text to VR 360 videos. It’s interesting to explore the changes in the logo’s shape when switching between a regular view to a 360 view by using the Toggle VR Display button.

In order to place logos correctly in a 360 environment, there is a very useful tool called VR Rotate Sphere, which allows you to conform the logo correctly with the perspective dimensions of the 360 video.

The video also gives practical solutions regarding 360 VR transition artifacts and how to deal with them by using Premiere Pro’s tools and specific 360 transitions in a pretty straightforward manner. The rule of thumb is to just use the dedicated VR 360 transitions instead of the regular transitions in order to get a much more natural 360 look.

To sum it up, if you’re going to do some VR 360 editing, we really recommend you watch this short but very simple video, as it demonstrates the whole tool box of effects and options to edit VR 360 in Premiere Pro.

Have you got any experience with VR 360 editing in Premiere Pro? Let us know in the comments below!