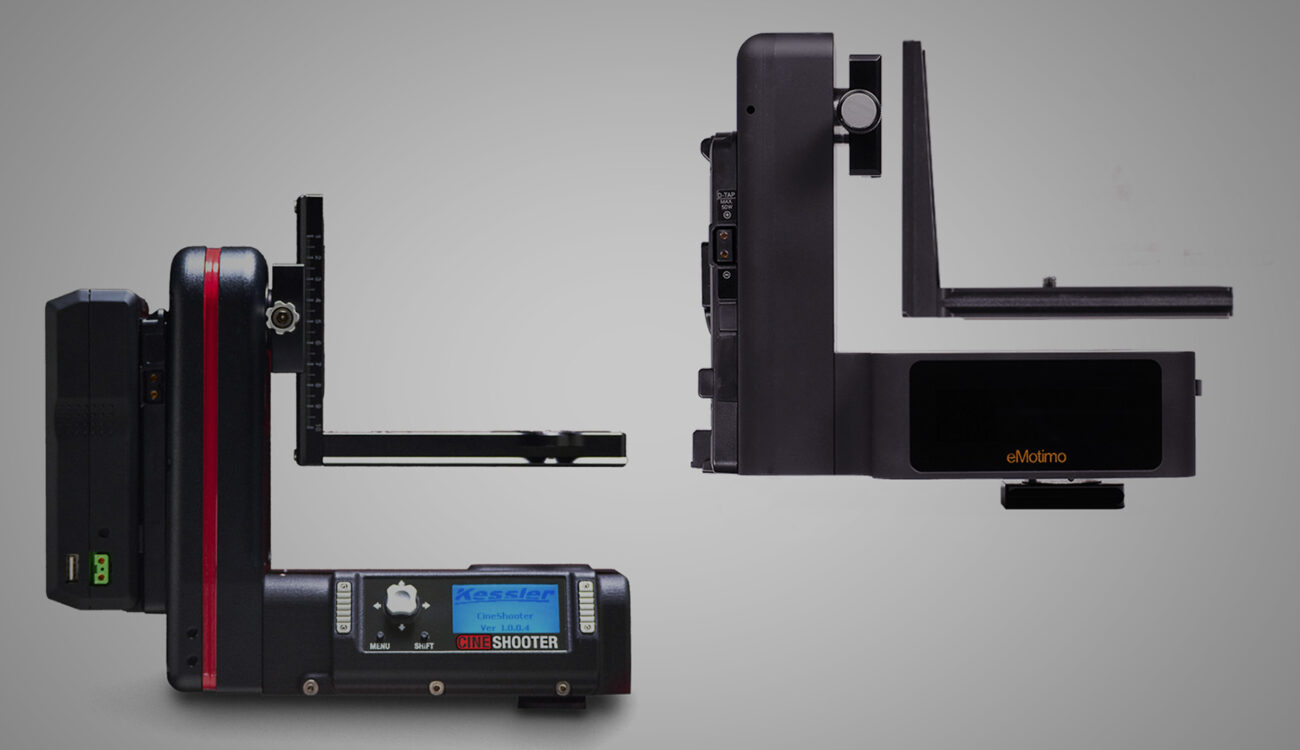 In an ongoing argument about KesslerCrane’s upcoming CineShooter motion control head being “ripped off” or not, eMotimo has chimed in with a reaction to Kessler’s reply to the accusations.

KesslerCrane has reacted to the allegations in an email by CEO Eric Kessler to us – CineD reported here.

Now the founder of eMotimo—Brian Burling—posted an article on eMotimo’s blog to clarify his view of the matter.

In the article Burling states that all vendors influence each other, but adds a stab in Kessler’s direction:

As a hardware manufacturer, we expect to get copied, imitated, and ripped off, just not typically from the midwest or in the US at large.

He then continues to list similarities between the eMotimo ST4 and the Kessler CineShooter heads and suggests to compare both heads visually:

Based on the physical similarities his conclusion is that Kessler, when designing the CineShooter, came to the same (or very similar) design decisions as eMotimo with their ST4.

emotimo: What Kessler did is legal in any case

In Burling’s view that is possibly by either:

Kessler sat down and took those combinations of design elements intentionally from the ST4 and just wasn’t creative enough to mask it with a unique form.

Kessler independently ran a form study, mood board, user tests, and spent a ton of time figuring out why all the elements should be where they are and why they should be there and came up with the same concepts eMotimo did.

Burling states that both ways are legal, but emphasizes that upset eMotimo users deserve a response from the company they are loyal customers of, and are defending so emotionally.

It’s best to read Brian Burling’s post yourself if you are interested in the controversy. We at CineD won’t make any judgments, because we are neither lawyers nor patent specialists – but adding emotimo’s reaction to KesslerCrane’s response to the accusations is the fair thing to do.