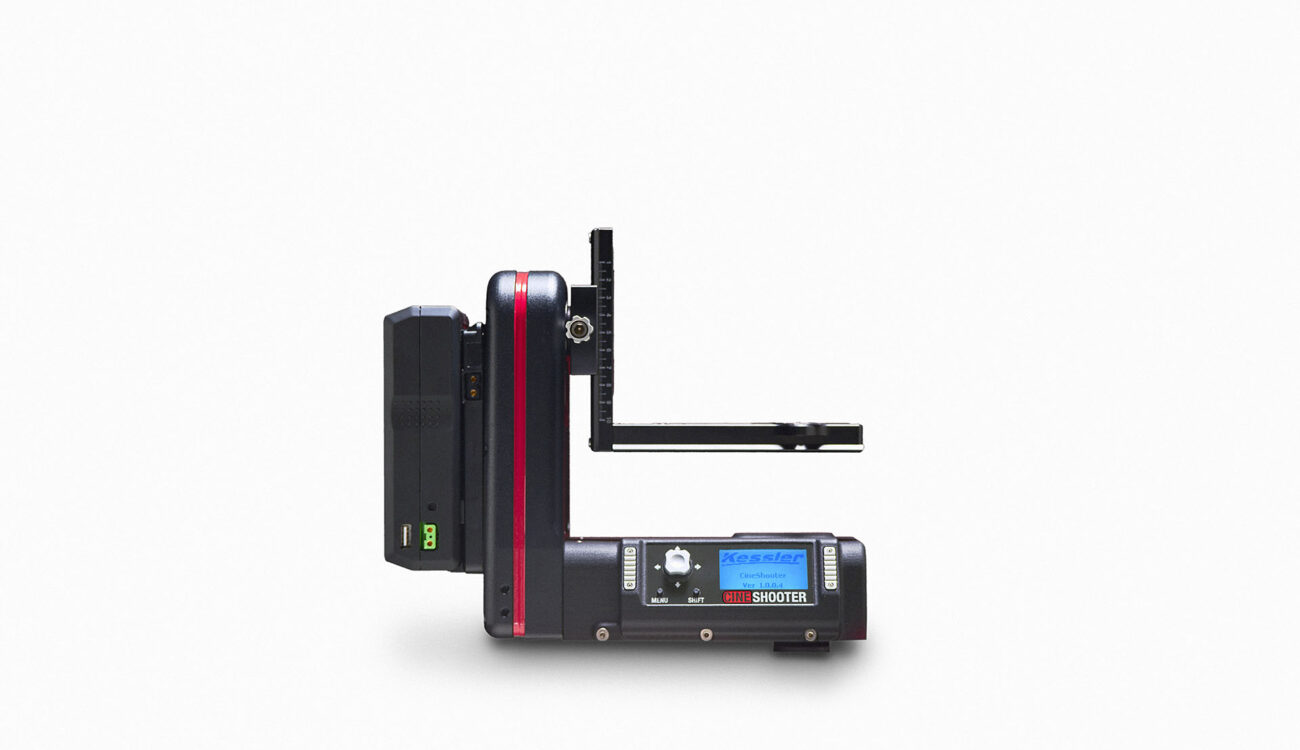 Kessler just announced the CineShooter Motion Contro System – a specced-up version of their popular motion control products. Check out all the details below to find out more!

Kessler (or KesslerCrane) have made a name for themselves by manufacturing nifty and good quality camera support gear for a reasonable price since 2003. Starting off with cranes and jibs they released a range of sliders, motorised them later on, ventured into affordable motion control gear with their ElektraDRIVE, Oracle and CineDrive and SecondShooter lines and more recently brought a range of shock mounts to the market that aim to reduce vibration for vehicle-mounted cameras.

Even more recently they have released an update to their SecondShooter range of motion-control products: the SecondShooterPro.

I admit I’m a big fan of Kessler gear. I have owned a SecondShooter system in combination with a CineSlider, complete with two hand units (Slide, Pan, Tilt, Focus, Zoom) for years now and used it for everything from cosmetics, jewellery and food packshots trough to landscapes. 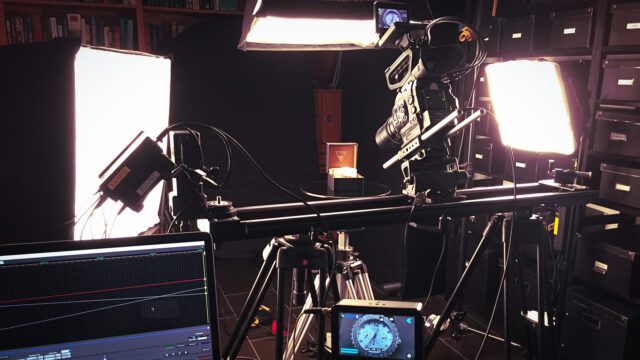 CineShooter in action. Most of the annoying cables will apparently be a thing of the past with CineShooter. Image credit: Author

It’s amazing what you can do with this relatively cheap system with a little creativity and ingenuity. We have even used SecondShooter to quadruplicate a talent in a sideways tracking shot. 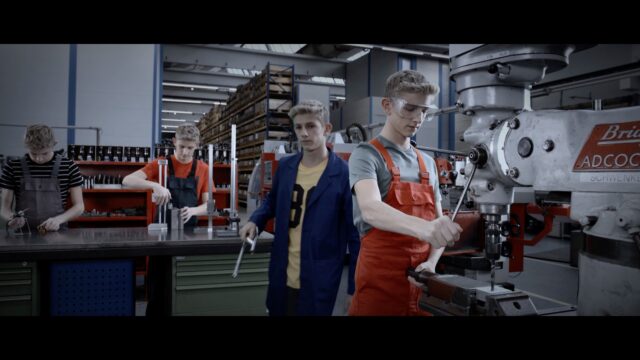 Now Kessler just announced CineShooter, a new product that looks like it remedies much of the drawbacks that the SecondShooter system had. 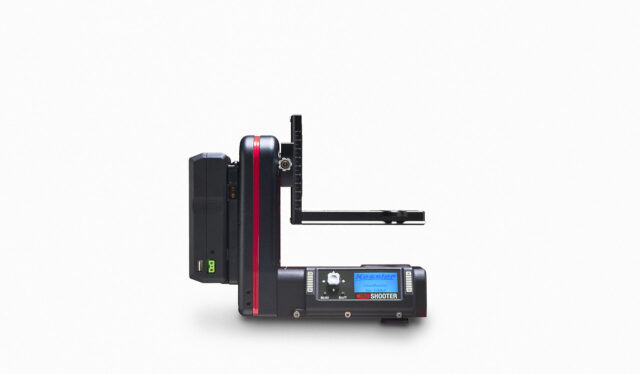 The Pan/Tilt head and centrepiece of the system. Image credit: Kessler

The centerpiece of the new CineShooter system is newly designed nodal pan/tilt head. Nodal means that it can be adjusted in a way so the sensor of the camera is at the nodal point of the pan/tilt motion so there is no arcing anymore, something that was a problem especially when shooting small objects like watches or perfume flasks with a macro lens: every little pan or tilt changed the distance and the focus needed to be compensated.

An Arca-Swiss base mount should make it easy to mount the head on tripods or sliders.

In its base configuration, the CineShooter head supports cameras up to 8’’ (~20,3cm) wide and 15 lbs (~6,8kg) without stutter, jitter according to Kessler. Stutter and jitter is something that I sometimes experienced with SecondShooter, especially with more top-heavy camera rigs and very soft ease-out or ease-in keyframes, because of the way the tilt-motor is designed in the SecondShooter system (not nodal).

With an optional Heavy-Duty Support Module, Kessler claims to be able to increase the head’s weight capability to 25 lbs (~11,3 kg).

With CineShooter head itself  the user will be able to control 5 axes — pan, tilt and 3 additional axes like iris, zoom, focus — and set up to 10 keyframes with it’s on-board control surface. With an additional Wireless Expansion Module the number of axes increases to 9 and no cables will be needed to operate slider, turntable or FIZ (Focus, Iris, Zoom) motors from the head. 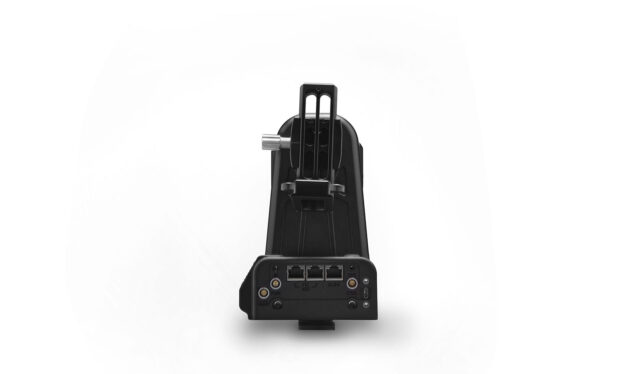 How these wireless connections will work remains to be seen as Kessler’s current FIZ, Slider and Turntable motors are wired only. I recon they’ll release new motors.

In addition to being able to program 10 keyframes directly on the head, Kessler’s mobile app, kOS motion control software, PS4 or Xbox controllers and third party software can be used to control the head and program moves. Utilizing the DMC protocol you could even control the camera via a dedicated control server remotely across the Internet.

Another little tidbit that makes me quite happy is the fact that an optional V-Mount or Gold Mount battery plate is available to power the new CineShooter. It’s great to be mains-independent, but I found the batteries powering the SecondShooter system rather awkward and difficult to work with.

A really cool feature seems to be the Smart Handle accessory that allows the user to relax all the motors and frame up a shot by hand, which is much more intuitive and quick than using a mouse and keyboard inside the kOS software or a joystick to pan/tilt/zoom/focus your camera. Releasing a button »freezes« the systems current position and generates a keyframe.

This feature alone makes me want to have the CineShooter as I have spent a lot of time nudging the camera to exactly the framing I wanted with my SecondShooter system.

The head is available for pre-order. The Kessler CineShooter will have a list price of $2800, but pre-orders will receive a special discounted offer with their $250 deposit.

This deposit secures your spot in line to receive your CineShooter Pan and Tilt Head as soon as they are available. Pre-orders also receive an additional $300 off your head once we begin shipping— reducing the final price to $2500.

Pre-Ordered CineShooters are expected to ship by September, and full production to begin ramping up after initial delivery.

Also there is the option to trade-in an existing Kessler motion control controller  (or an existing controller from any other brand) for an additional $600.- off the purchase. Check details on their website. 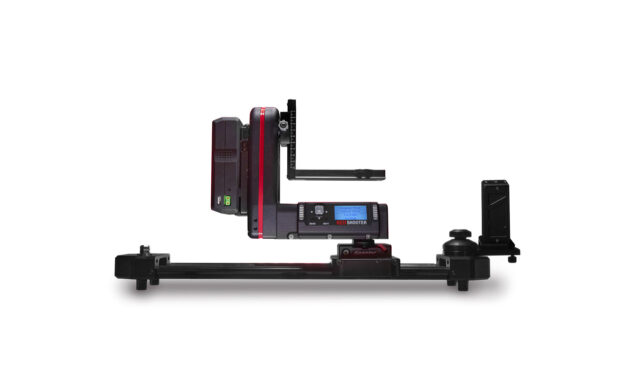 Promotion still of head on a slider. Not sure how the slider’s motor is driven. As far as I know it’s cable only. Image credit: Kessler

I personally am really excited about this announcement and am seriously considering to preorder CineShooter even though 2020 so far does not encourage investments. It’s not a cheap system as I expect to replace or upgrade my slider-, turntable- and FIZ motors als well as buy the head itself, but I’m pretty sure that in a couple of years it will have paid for itself.

Have you used Kesslers (or any other) motion-control gear in the past and want to share your experience? Are you in the market for such a system? Let us know in the comments below.